There are three men of legend, sprung from the great race of the Nelqorana, and mighty even among that mighty people. They are Detheril the Mariner, Tipnir the Engineer, and Azrübel the Red Bear of the North. The three of them have tread the earth and left it reformed in their stead. By either word or sword they have changed the fundamentals of our thoughts, laws, and religion. Detheril persuaded the gods to sally from their walls and capture Gendûet Seat of Judgement in his iron halls. Tipnir refounded Scientific Magic during the golden era of the Nelqorana Empire. And Azrübel was the one to take the fledgling nation of Nelqora and forge it, as a blacksmith does a lump of iron, into a fiery weapon of war.

Into the Altaic Country

Azrübel Tenkrin Catendil, known today simply as 'Ukallaba' though this is specifically a title and not a name, was a populist Nelqorana military general and politician who played a critical role in establishing the Second Empire of Nelqora and reëstablishing the line of the Royal House of Jelum on the Imperial Seat of Nelqora after the collapse of the Commonwealth of Nelqora. He was also a poet and among the first of the aristocratic Nelqorana to convert to Qallanism.

In 1155 Year of Nelqora Azrübel, Gorondil, and Ulikdil formed the Triumverate, a political alliance that dominated Nelqorana politics for many years. During this time Azrübel gained co-consulship, sharing it with Pilikki, over the territories of the Altaic, and was allowed three Hosts by the Emperor of Nelqora to subdue them. 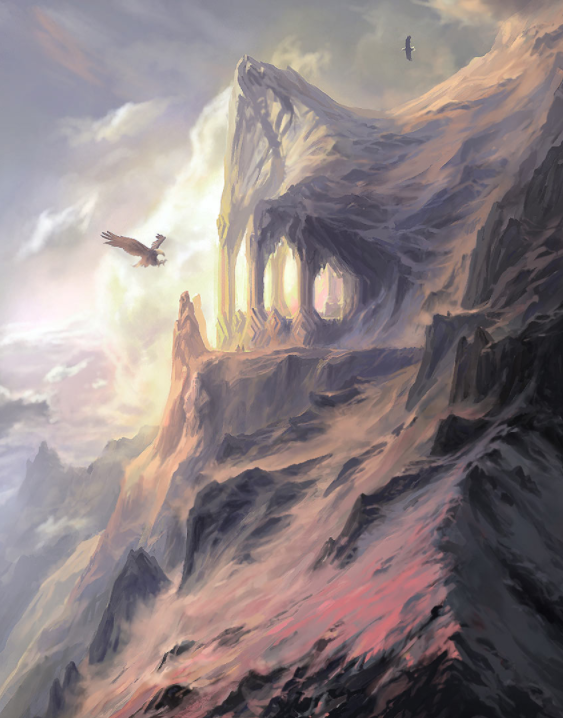 by Lotr War in the North

Azrübel began a decade long campaign during which he conquered the tribes piecemeal. The death of the High King Mesikämmen of the Altaic marked the end of these wars, and Azrübel was granted another Host to maintain order in the region — but the Senate later barred him from returning back to Nelqora as a military officer: he would have to return to being a public citizen and give up control of his Hosts. The Senate in Nelqora was wary of him; his successful conquests had gained him much prestige and, most importantly, great loyalty from his army. Azrübel then abolished the co-consulship in the Altaic Country, and maintained governance of the the region by himself. He was largely unmolested. The Senate didn't seek conflict with Azrübel and allowed him his reign in the bare wastelands of northern Tizüb. There was still trade between the regions, and Azrübel's Hosts remained well supplied. 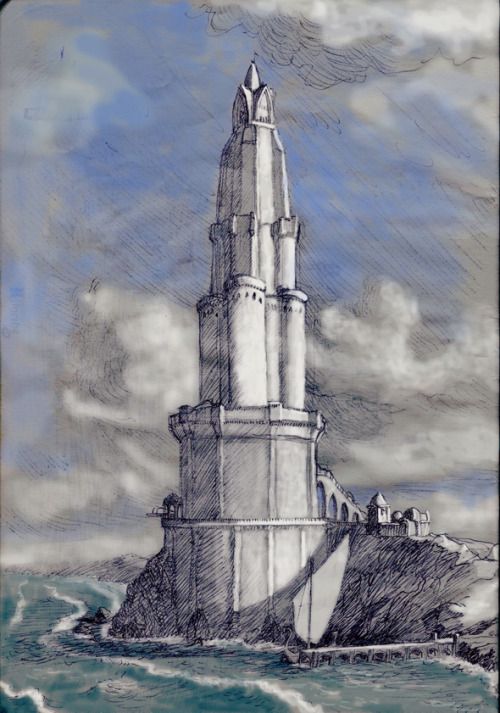 Azrübel may have festered till his death in the northern wastes if it was not for the Times of Troubles, a decade long period beginning in 1205 Year of Nelqora during which there were civil conflicts between the Expansionist and the Isolationist parties. They were led by Azpha'oros and Ciryatur, respectively. The Expansionists were largely supported by the Royal family — although some detractors, such as Iphilzebel, played vital roles for the Isolationists as financiers and suppliers of weaponry. The civil revolt was also played along lines of legal freedoms afforded to the varied populace; there had been a rising intellectual movement supporting the freedom and dignity of all. The matter of slavery was also debated for and against, although in the end nothing substantial crystallized.

The conflict soon grew beyond the political centers in the Vale of Abo and soon consumed the entire island. But in the end Ciryatur defeated the Expansionists and deposed the Emperor. With the dissolution of the First Nelqorana Empire, Azrübel declared himself an independent ruler, and withdrew into the Altaic Country. Ciryatur couldn't defy Azrübel yet, and so let him do as he willed. On Ciryatur's part, he withdrew all southern colonizers and began establishing the Commonwealth of Nelqora. His laws were called the Revisions, and they afforded more rights to the citizenry, added protections for the plebian class, and included the initial steps to abolish slavery, such as the legal allowance to defend one's self from physical abuse. These laws would in large part remain even after the end of the Commonwealth, being very popular with the masses.

But Ciryatur maintained this Commonwealth by force of will, and he was aged even by the standards of the Nelqorana, being at about 280 years of age by the time of the Commonwealth's establishment. He died 34 years later, at the age of 314, and with him passed the Commonwealth: for Azrübel had been waiting, and with him in the Altaic Country was the Royal family, and a month after Ciryatur's death the men of Abo looked in wonder at the great ships coming from the south like many white swans, and the men in blue robes and with golden plunder, and they knew that Azrübel had returned. Beside him was the deposed Emperor, Aphlazak VII.

Because of his great service to the newly reëstablished Emperor, Azrübel was given a new rank: he was the Ukallaba: the Lord of Hosts — and all the fighting forces of Nelqora were to be his to command. He was also given the title Luventas: he was to have political, as well as military, powers. There was to be no separation for Azrübel. So he was now the most powerful man in Nelqora.

But Ciryatur had largely disbanded the Imperial Army, and only Azrübel's own Hosts were battle-hardened. Azrübel spent the next decade establishing programs of social and governmental reform. He centralized the bureaucracy of the Empire, made the Senate a nearly impotent institution, and made conscription an obligation for all young men. On 1261 Year of Nelqora he took a green Host and went southwards, towards the Mountains of Das EkLachen, declaring to the Senate that the newly established Hosts required training. 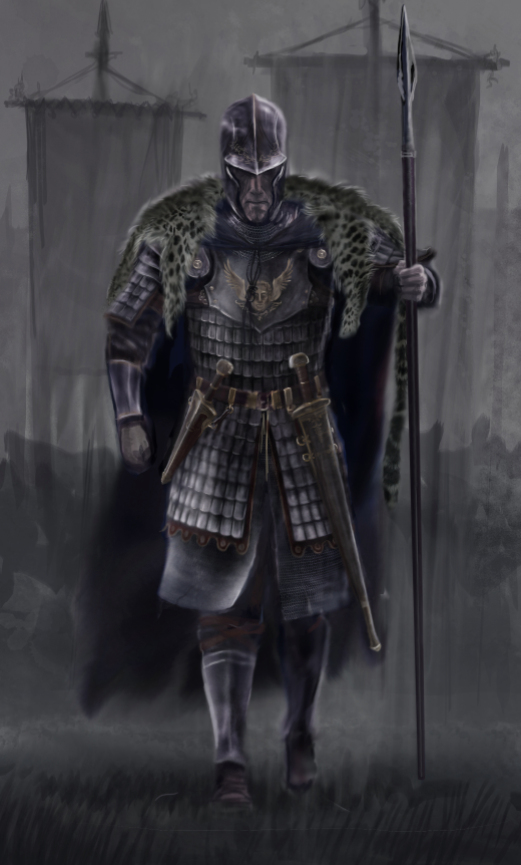 by Turner Mohan
And he promised to the Emperor that he would look into the vaunted immortality of the people of Das EkLachen, the Caládolhn.

So began the First Wave on the northern mountains of Erub. The Nelqorana were totally rebuffed, and not one of their wooden forts remained on the mainland, except for a little colony on the northern Orï peninsula. But the Hosts took few casualties, and the enemy took many, and Azrübel learned many things, for he liked to wander alone in the mountains, and discovered ancient wonders and old powers which he learned to harness and dominate.

Twenty years later Azrübel had nearly finished his goal: to transform the state of Nelqora into a machine for total war. Many of the island's great trees had been felled to make the new Imperial Fleet. And her armies and spears numbered like the stars in the sky and the sands on the seashore. Nelqora obtained an Empire's strength, and Azrübel sent out many expeditions southwards. Leading them were three High Generals: Gorondil, Azrübel's old friend; Wekitil, who would go on to explore the hidden lands of Moinen; and Pellezar, who established Nelqora-in-Erub, in the Pentos River Embayment, the Jewel of the Empire.

Azrübel again invaded the Mountains of Das EkLachen. Indeed, it is hard to see why. It has always been, and in those ages was especially so, an impoverished country. It can sustain only a few people in its highlands and it is of extraordinary size, spanning nearly 2000 miles across Erub's northern sections. Great massifs and mountains and dry plateaus make up the largest portion of the geography of the Northern Mountains. At the time of Azrübel's invasions, it had never been conquered. And even the natives could not form kingdoms with authority great enough to span all the wide valleys. But still, Azrübel went; and those who knew him well said that his eyes were like smokeless flames when he spoke of that country. So some have said that Azrübel had only one love: and her name was Glory. And that he longed to dominate the indomitable Caládolhn, because none had done it before. 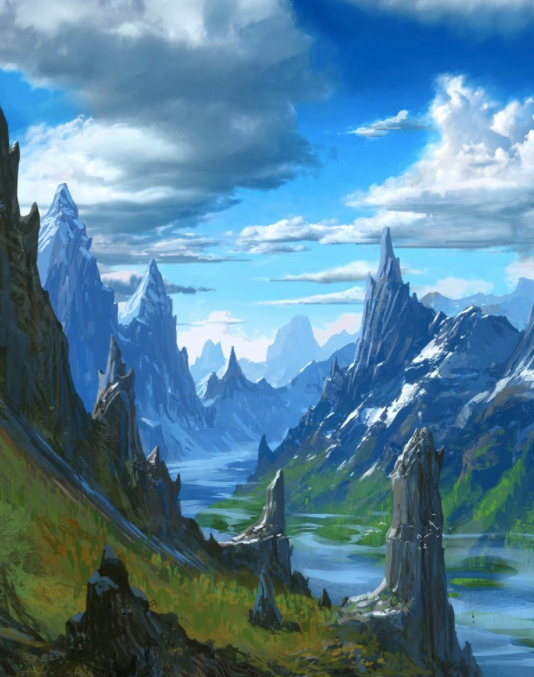 The Second Wave was also rebuffed, but the Nelqorana were allowed a little land in the western highlands. This colony was called Ephalak, meaning 'Hard Land'.

The Third Wave began on September 1st, 1300 Year of Nelqora, near 20 years after the Second Wave. A great fleet led by the Phazân Unakkha came to the cliffs of Bel-i-Tor. There they parleyed with the King Aurëaxan, and agreed on almost nothing. Unakkha left, and Azrübel began his invasion, sweeping northwards from the southern colonies. The conquest now was almost total. Azrübel directly commanded his veteran Hosts of the Altaic Countries, and they destroyed the war-weary Caládolhn. One by one, the great kings and queens of the mountains were slain and burned.

Azrübel first pitted the many kingdoms against each other, and conquered them piecemeal, just as he had done nearly a century and a half ago. He used what we would now call Sending Stones and commanded his armies from great distances. And he brought with him many Nelqorana colonists, and promised them glory, wealth, and a homestead to themselves, away from the crowded Homeland. His conquest spanned nearly a decade, but by its end the Mountains of Das EkLachen were firmly under his control.

The VolKernen and EkLachen had been ruined at the battle of Nova Concord, and the White Gates had been hewed. The Caládolhn fell in droves. The colonists made sure to finish the grisly work begun by Azrübel. The Caládolhn were hunted down like beasts in the field, and all their fair halls were burned, and their works were plundered.

As the Empire of Nelqora expanded, it came into contact with the popular Qallanist cult in the west, the majority belief of the ancestors of the Aleriez in the Great Plains. It was at this time that Azrübel converted and was Absolved. His conversion was the first in the Great Conversion of the Empire of Nelqora, the propagation in which gave the Church its primacy amongst all other religions in the West.

Azrübel spent the next decades of his life subduing the Morgondi of Lower Huraedon, and ending the feuds of the Black King's successor states through either conquest or diplomacy. Although Nelqora couldn't maintain control over western Chedoni, Azrübel was still able to penetrate into central Visdoni.

He then went back northwards, towards the country of the Naharaim, Atoraya-Kaldea. There he began a decades-long conflict with neither side initially gaining much traction. But in 1391 Year of Nelqora Sha-Ur was taken and razed, and the Nelqorana quickly took the rest of the country. But Azrübel was fatally pierced by a charger's spear in that last siege.

He was given his Last Rites, and died with all the imperial honors that could be bestowed on a citizen of the Empire. The title 'Ukallaba' was rescinded, and no one in the Empire's later history would dare claim it for themselves. He died a faithful man at the age of 279, and it is said that his bright eyes, undimmed through his long life, smoldered at the last, and that he went peacefully. So passed Azrübel the Red Bear of the North, and there have been none like him since.

So I should die, now! See that the Empire doesn't turn around and bite you while I'm gone.
— Azrübel's Final Words