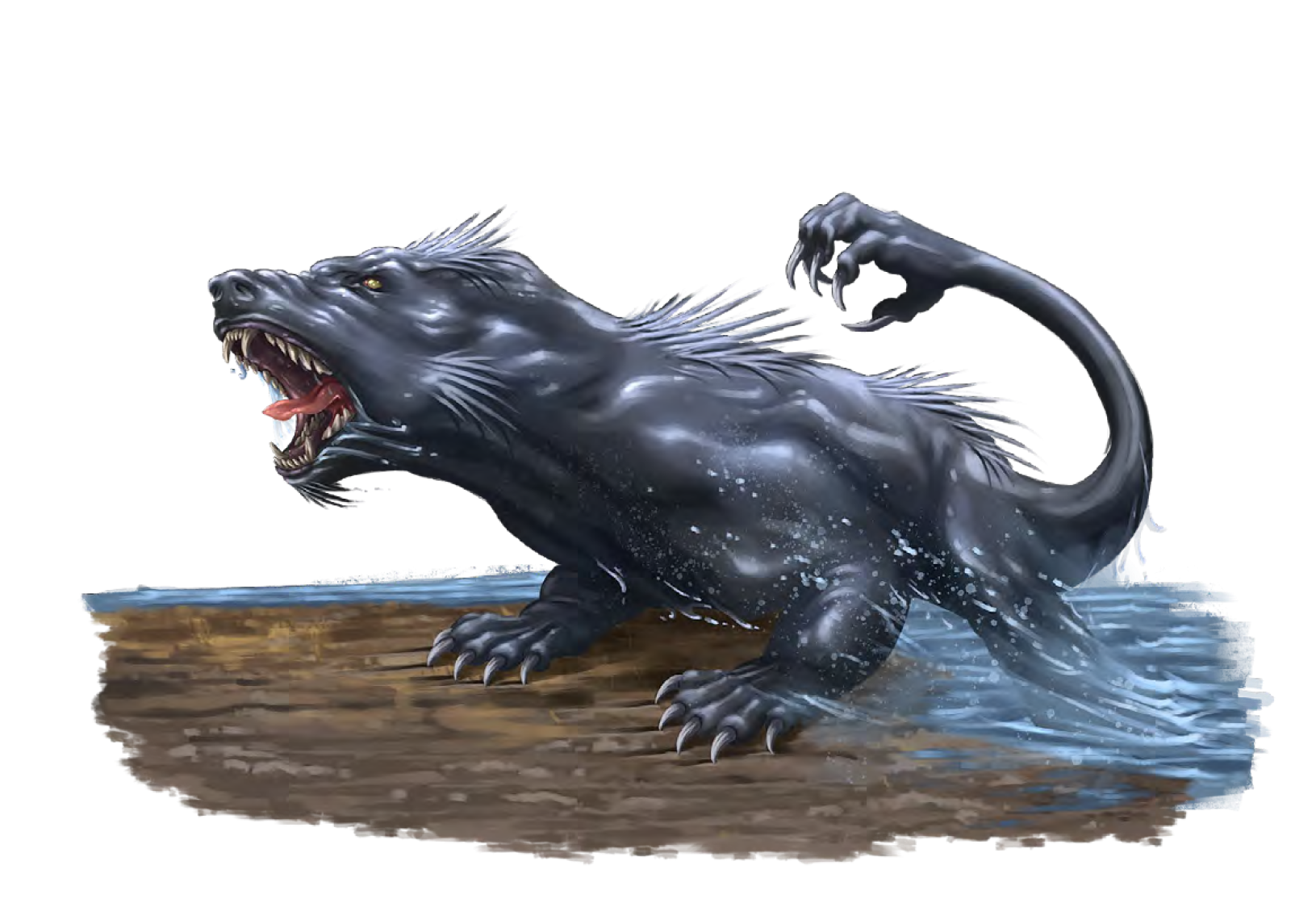 This creature looks like a cross between a small dog and a monkey, with streaks on its head, small ears, and a hand at the tip of its tail. It has waterproof fur that often clumps together in the semblance of scales or spikes. Depending on where you live the water beast might prioritize ambush strategies over chasing down prey. They have learnt that by sticking its tail-hand partially out of lakes, streams or beaches and wailing like a child attracts the attention of nearby humans who that then choked to death and pulled beneath the waves to feed.

A now extinct four-legged creature with a slippery, otter-like fur and a clawed hand on a prehensile tail. No fossil remains have ever been found, but most reliefs show it gnawing on something hard which suggest to zoologists that it needs to periodically wear down its teeth.   Rumor
There are reported instances of salt practitioners, while in the middle of a spell, being attacked by such a creatures that materialized out of salt waters.

Stories of a dog-creature dragging victims into bodies of water are ubiquitous to places near salt water. Even to places who have no connection to each other like Gaioor and Sangsalgu. This suggest the existence of a continuous group of species isolated from each other.

Most seaside cultures see the water beast as a guardian of the fish that dwell within. The hand on the end of it's tail is supposedly used to drag fishermen, or anyone else, who get too close to the water. It is notable that these cultures do not have salt practitioners as part of their society.   Ones that do, perceive the beast as a terror because it hunts them and theirs much more proactively. Where it is described as a one time ambush predator in some places; it alternatively employs persistence tactics in salt spell practicing cities on the water.

In official Sang picture writing, emperors or other city leaders who have a water beast drawn over their shoulder indicate that a swift and aggressive decision is being made or has been made.

The earliest depiction of a creature resembling a water beast is, of course, in Eeat. It is shown with other Unreals with all the complicated and confusing implications carried with that.