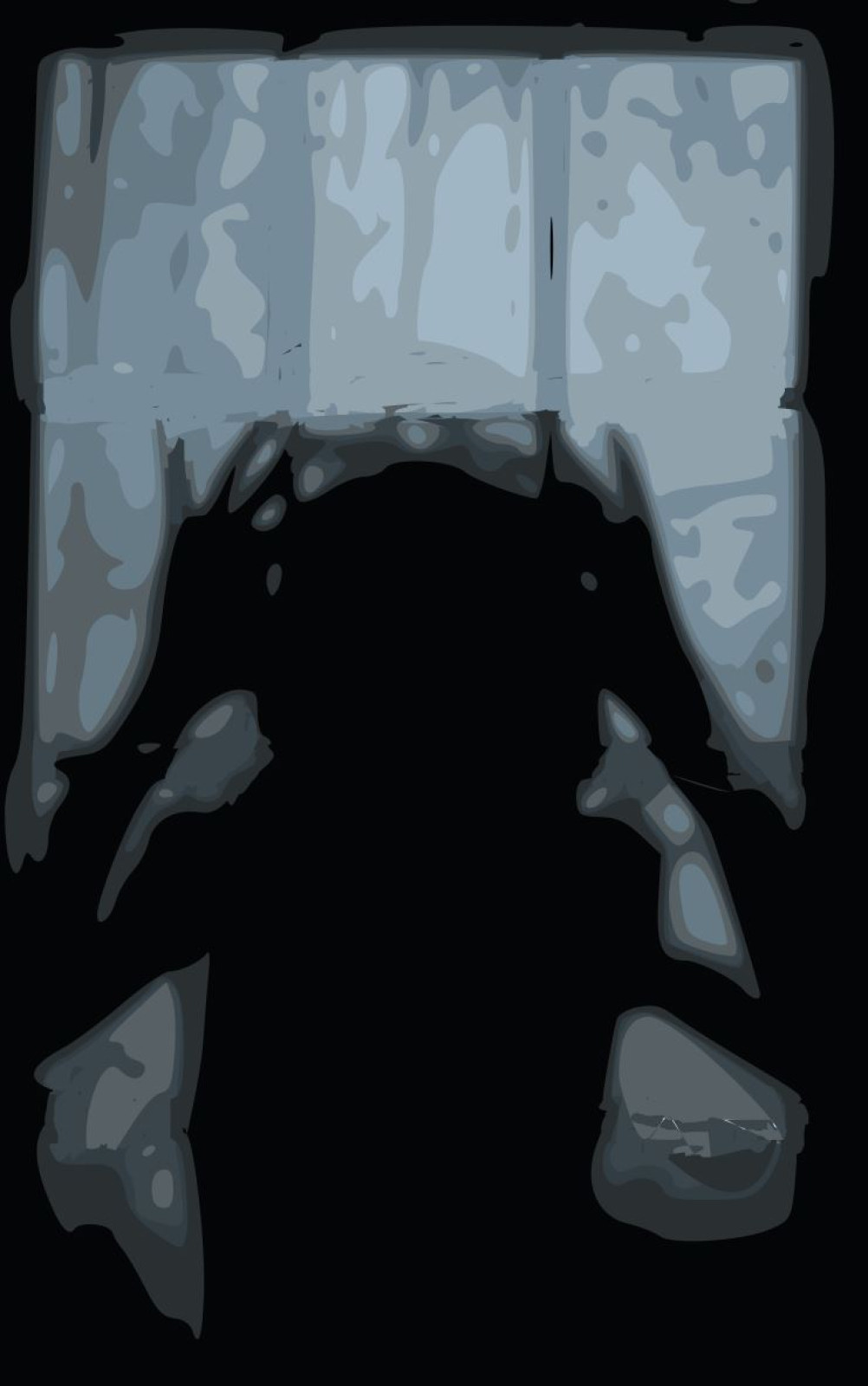 The two colleagues sat besides the bared window overlooking the enclosure. Inside, a skinny creature waded in the shallow bath and splashed towards them.   "This here is a demon child?" the visitor asked.   "Hmm," he nodded sadly, "he hasn't responded to human ques in thirty five years; and any other test subject has shown absolutely no effects to treatment." The old man placed his butchered hand gently onto the rock teeth separating the two from it.   The little thing suddenly leapt from the shore halfway to the observers, whistling three ways in one breathe at them. Then, he stood. Looking at them though beady eyes with an open jaw like a crocodile.   "Will we be looking at this one's fingers?"   "No," the host shook his head, "we have autopsies and preserved specimens to show you. But I wanted you to see a live one first. See how they behave and..... how they use their … parts."   The visitor looked back to the animal. It was frozen as it was before; hip pressed into the dirt, the legs spread behind him. His small chest propped up on spindly pale arms. Without a doubt, most would, and do, see this as the child it once was; if it weren't for its blank stare and wide manic grin. He'd thought of the posturing predators did with their teeth; and he can see the pearly whites glittering off the torch light.   "What's this one's history then?"   "How he was turned? On the Range's side of the Sauoomsae. We're not entirely sure on the specifics."   "It would be more useful to us if we can confirm the method of transmission."   The old doctor pressed his lips into slabs and glared furiously that the man. "This was my son."

Only via direct physical contact from the Touched is capable of spreading the Touch.

The cause of the 'Touch' is hard to ascertain. It is well established that some means of direct contact is needed to transfer the disease. A 'touched' child need directly touch the 'untouched'. However, as it can only spread amongst children, an adult touched by a 'Touched', cannot then, in turn, infect some other child.   It has been noticed that it permeates cooler areas like the shadow plain, but not so cold as the Cold Swamp.

Given time; a host of small but distinguishing transformations occur:-

At present, there is no treatment available. And the facilities needed to safely contain infected children are difficult for the average household to maintain. Tragically, therefore, most are put down. The lucky ones are transported, under military guard, to the College of Birds for research purposes.

For perhaps, a month there would be no outward signs of the disease. It is generally understood that the younger the victim is, the more noticeable the mutations would be. If they are an older child, you would know for sure by puberty.

That is, if they have a puberty.

For it is clear that whatever maligned force inflicting itself on the child wishes for it to not ever breed. In boys, it goes so far as to blacken the genitalia so much that it falls off and so vicious it fuses the vaginas shut in its girl victims.

A shocking discovery recently made by the College noted that the vertical cross section of a Demon Child's finger bone shows 'growth rings' which are indicative of the life span of its owner. An analysis of one such boy in the college's laboratory showed that he was in fact 5 centuries old.   This discovery actually goes a long way in answering how the touch has persisted for so many years.

Childeren of both sexes; 6 months to 12 years in age, typically in cooler areas.

Dubbed the "Dwen", "Demon Children" or the "Touched"; are those inflicted, and subsequent carriers, of the disease who are driven to animalistic tendencies.

Moves through the youth of the population.

Believed to have originated in the areas surrounding the Deathpool; the tribes there have uniquely structured their societies to cope and contain the "Touch". Parents of different families sort their children into groups of 5-7; forming into a cohort called a Karass, where those children remain together forever, in an assigned area of the canopy floor.   The adults work together to provide for their children's needs, and as it cannot spread though them and limit environmental exposure, ensure a minimum chance infection. However, should one child show sign of mutation, then it is a given that the whole cohort was exposed; whereby the parents are excused and it is left to non-relatives to remove the entire karass.