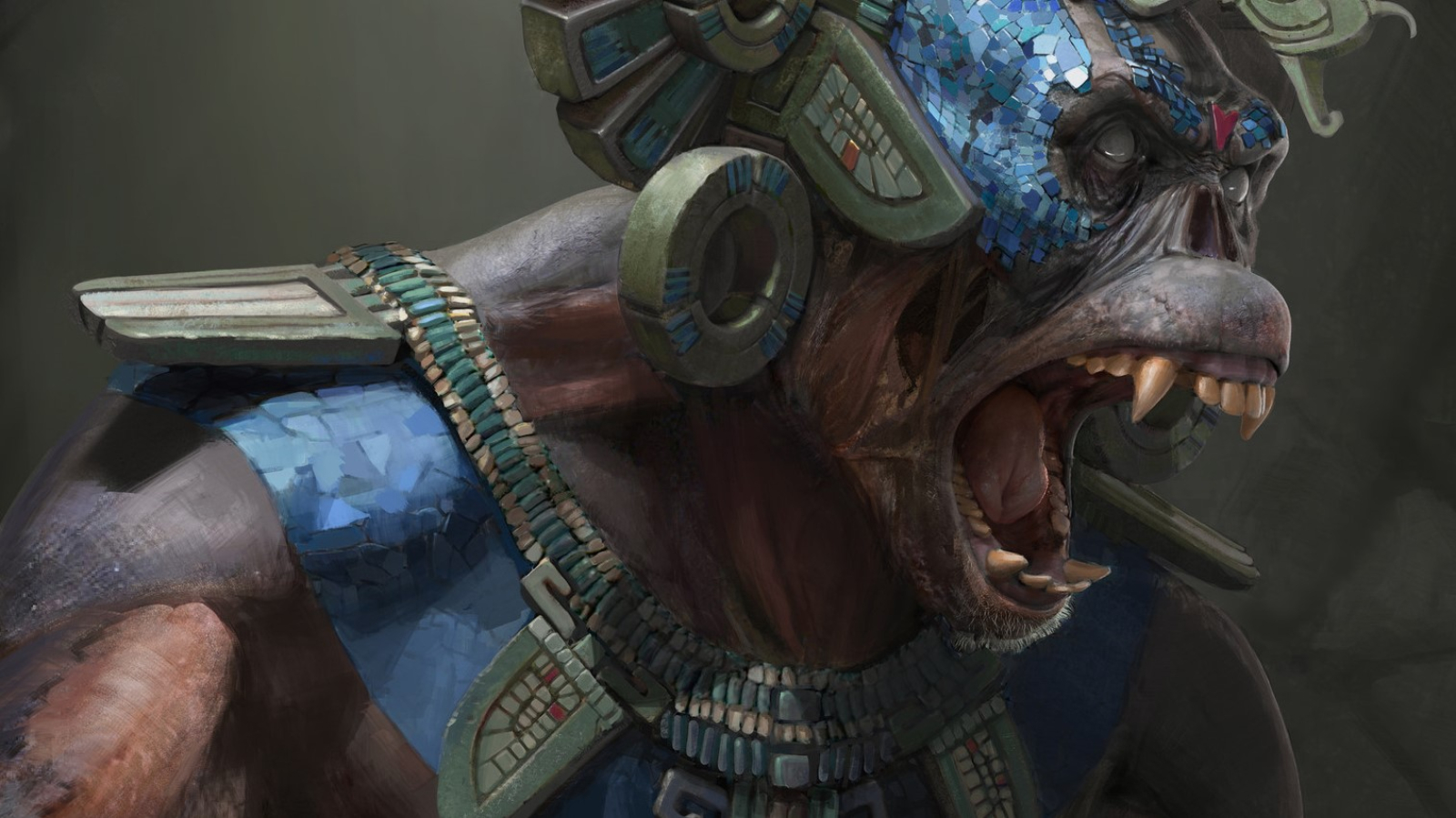 Shadow skins are the pelts of sizable beasts; skinned and treated to fuse to the head and back of its wearer to channel the slain's strength. Knowledge of its creation is rare, but its impact has influenced many other articles of clothing.

Perhaps the most important rite of passage for a young warg warrior is their first transformation. Shadow skins act to supplement the strength and durability of its wearer. One can only be considered a shadow warrior once they have mastered their skin.

This involves stretching the pelt across ones back, raising their arms through its sleeves and crowning the pelt's still present skull on their head that merges with the wearer's own.   Afterwards, the pelt's spine aligns with the backbone and the remaining surfaces of the two skins fuse together allowing for a transfer of strength and instinct from the dead animal's taxidermy to the human wearer.   It is not common for all the body to change. Usually, it is only the wearer's upper body that changes along the lines of where the pelt skin would drape over a standing body.

Like all organic matter, pelts decay. Skins likewise degrade overtime. This process is hurried, however, under the humid conditions in the Northern Range.   Across the straits, the land was a desert which allowed the skins to last long enough for reuse by a few generations without issue. In the range, though, the pelt would slowly rot which could translate onto the transformees as wounds, disfigurements or disabilities.

While there is no shortage in game to make shadow skins, the knowledge on how to make it has slowly been misremembered by the tribes. As such; some traditionalists, regardless of the risks, dig out their families' old skins to wear and maintain their projection of power.   Repeated cloaking and uncloaking of deteriorated pelts inevitably damage the committed warrior physically and/or mentally. But even with this known, traditional extremists hope to avoid this by not removing the skin until a time they are ready to die.

This is a technique of mending an uncloaked and degraded skin. Depending on the level of damage;

Ethnicity | Aug 7, 2020
Inventor(s)
Its name is adopted after the shadow cats that prowl the Range, but the art is a carry over from their original homeland.
Access & Availability
Ritual knowledge on making a shadow skin is a closely guarded secret among the warg tribes who still live in the shadow plain.
Complexity
Spirit
The internal energy that reaches from inside the hunter to grasp the brain and spine still attached to the pelt as the means of fusion.   Green Salt
Layering the inside of the pelt makes wearing and removing the skin easier.
Related Items

A leggi maid who married into the beron tribe and found the carcass of the extremely rare thunder bird. She would later use its skin as a point of inspiration to lead the fight against Taulli in Shadow Cast.

A vigilante within Sangsalgu Proper who punished cheating pochtecas, dishonest politicians and qualified amantecas in a stated mission of punishing leaders who failed their moral mandate. He was able to get away with this for many years by cloaking and uncloaking under the water canals.

Cree of the South

A murderer from the market cities who stalked the night in the degraded cloak of a stag and killed with fragmented antlers. It is questionable if there was ever just one wearer given that the skin was undoubtedly holey and mangy which would have translated into their human organs, even when uncloaked, and been fatal, if not crippling.