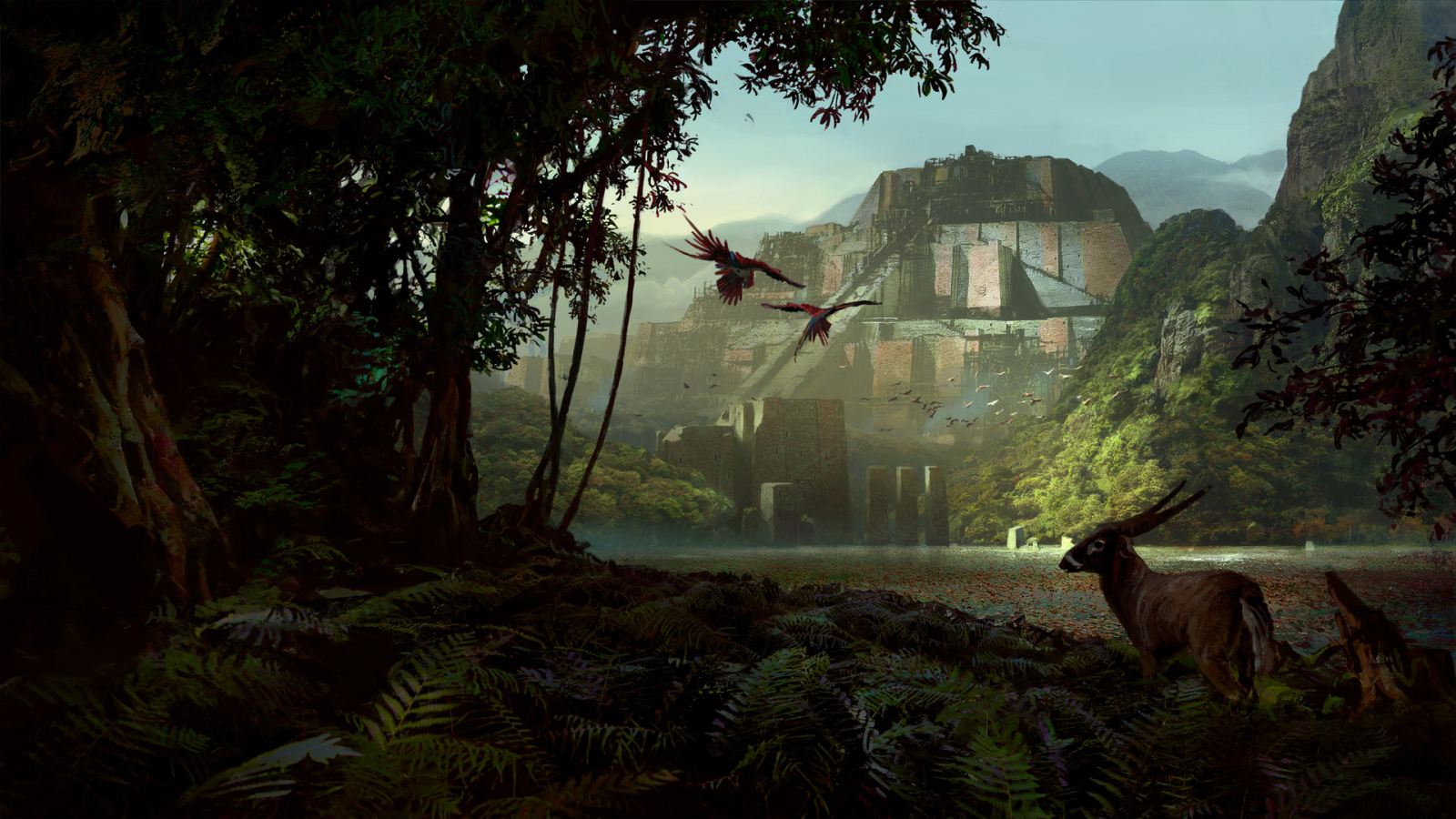 From cold and crisp to hot and humid; the quetzal crescent is a sickle shaped bioregion that stretches from Bad Step and Tlopetlan, over the Northern Range's leeward side and the northern lakes, to the eastern edges of the brine marshes and into Salt Side. Expect some rain and a high concentration of birds.   Quetzals, or quetzalli, are specifically the birds' feathers as being a rare and valuable standard by which merchants, cities and states fall back on when no alternative trade can be reached. More than just quetzals nestle in the crescent, yet it was named so on account of them offering the greatest profit per bird to bird catchers and thus, the most sought after.   Easy to moderate. Most birding will be from roadsides and relatively flat trails. Though there are a couple trails with moderate elevation gains and nicely graded. It becomes much harder when having to ascend higher ridges and canopies which are further compounded by hostile wargs patrolling their territory.

Three Sections of the Crescent

Geographic Location | Dec 25, 2020
Bad Step's frosty high mountains and low slopes foster a healthy mix of potential war birds and regular fowls. Though these are the trickiest to catch; birds that can be trained like dogs for service tend to congregate around Tlopetlan mountain.   A boat ride on sauoomsae has the greatest potential of yielding favourable return from all the hunting raptors, fishing divers and nesting pairs that make daily pilgrimages around the warm waters.

Geographic Location | Aug 29, 2020
The many lowland rainforests are the richest source of bird feathers for the whole valley. Several enterprising camps from the valley basin make seasonal trips to either catch birds of their own or buy them from the friendlier wargs and rabbit worshipers.   A harrowing proposition in either case.

Geographic Location | Jun 5, 2020
Despite the lack of accessible drinkable water, there is a wide range of flocks adapted to filtering subsistence through the rivers, plants and fish. Birds here tend to be more aggressive for birds, and due to the difficult living, also tend to be migratory. The only observable reason to travel to the flat and wooded lands being ideally to nest for the lack of predation.

Black for weapons representative of obsidian
Yellow for food representative of corn
Red for war representative of blood
Blue for sacrifice representative of water
White for death representative of air
Green is the royal colour representative of Serpentism
Birds have been sacrificed alongside humans for high religious ceremonies for as long as there have been people. Their feathers are seen as links to various deities. Besides the common feathers of domesticated ducks and turkeys, precious feathers are especially brightly-coloured with the bright blue cotinga, dark red of the roseate spoonbill, brown feathers from the squirrel cuckoo, emerald toucanet, gold appliqués, oropendula and troupial being greatly valued.   However, the most highly sought-after feathers came from macaws, parrots, hummingbirds, and quetzals. Macaw and parrot feathers are tied in terms of artist desirability coming in red, blue, green and yellow colours. Hummingbirds offer the smallest and brightest workable feathers to amantecas   Quetzal feathers, which are bright green and blue, are the most prized. In some cultures only the king and his family were allowed to wear and use quetzal feathers. The resplendent quetzal, especially, is considered divine and associated with the “snake god” by the Step Folk. It is the same for quetzals, as it is for cocao beans, in that feathers are used as a store of value and part of permanent decorations, but it is much rarer for someone, even a rich man, to want to use quetzals in such a way (as to make themselves poorer). Yet, ennobles would collect and show off quetzal works as a sign of prestige status among their own peers.   Many lesser bird feathers are incorporated into clothing and accessories, including headdresses, capes, loincloths, armbands, backracks, shields, banners, and fans. Different levels of trade, tribute, and gift-giving lead to feathers and feather artwork to move from the crescent to the markets of the valley and beyond.