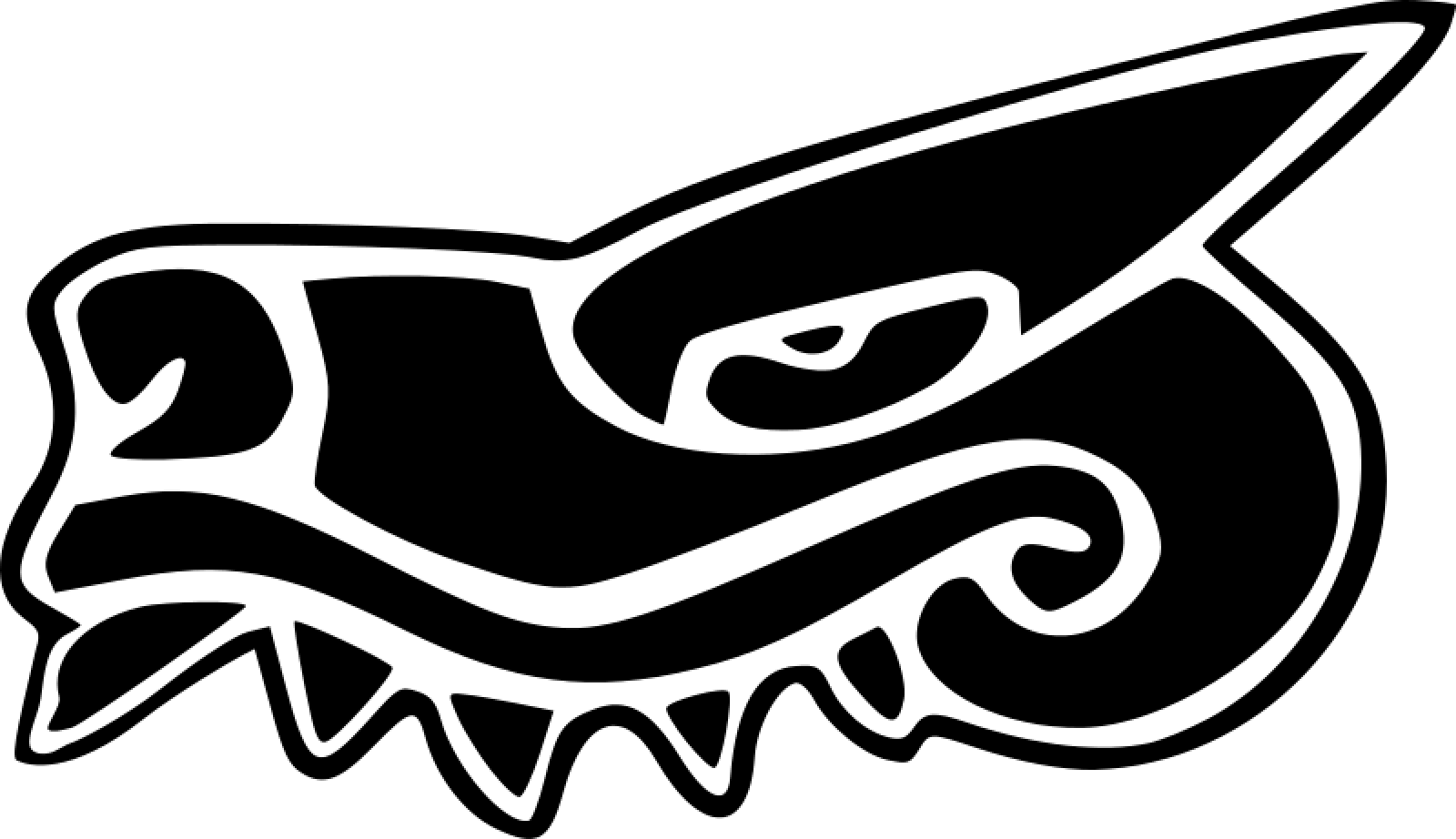 Mud brown tattoos traced the muscles on his face which made his visage seem somber and wise even when he was a young man.

Piercings are not an uncommon site within society. Cuatepoztli, though, incorporated his piercings into his helmet and later his eagle head piece, by attaching heavy jade ornaments onto his chin, cheeks and brow.

As was customary for young graduates of the noble class, Cuatepoztli endeavored to commission a suitable costume for him to wear during his first flower war.   He purchased bundles of colourful feathers directly from a group of supposedly traveling bird catchers and sent his purchases directly to the amanteca for weaving. He sourced rubber for his joint guards, ivory for earrings, the thickest cotton to wrap around his torso and was gifted six gold bands by his foster father to help hold the feathers inplace.

By his mid twenties, Cuatepoztli had achieved his knighthood. And as he was of foreign royalty, he designed his costume to comprise of green feathers over a salt soaked cotton tunic studded with genuine jade. Likewise, the customary dragon feathers that wrapped around his arms and legs were also green. As well was his eagle helmet which had unconventional notches cut into places to fit around Cuatepoztli's piercings.   Cuat'tallel would not acquire his signature jade helm until after his kingship.

As a royal, Cuatepoztli was destined to enter the Atzacualco Calmecac where he was taught the highest degrees of the sang curriculum.

Cuatepoztli, being a ward of a wealthy family, was invited to attend the Moyotlan Cuicacalli to learn the finer points of martial skills and directing warfare.

Cuatepoztli, particularly in his early role, was regularly assigned to guard pochtecas during lengthy trade missions. It allowed him great opportunity to travel to the far places near the shadow pass in the north and even Mist in the south, but mostly to the various altepetl in dragonsgrave.

In his middle career, Cuatepoztli sought stability and a conventional life so his Cuauhtlahtoh allowed him to settle in Ocuilan Province with his wife, concubines and children as a Topileh in the provincial capital.

Cuatepoztli distinguished himself by leading a dramatic charge against approaching covens and being rewarded with a field promotion (Tlacateccatl). This was done, as much to give him more credibility as a conqueror by his sang overlords to their new subjects, as it was an acknowledgement of his prowess in battle.

With his ascendance, Cuatepoztli abbreviated his sang name to Cuat'tallel; taking on the name of his Tallel ancestry for the first time. Of immediate concern to the new king was Sangsalgu's retaliation which he knew would be coming with Joi's assistance.

Once we seated him on Krix, he answered our edicts with silence. No missive to the speaker, no news from merchants, no reports or personal letters to his kin. After a lifetime of devotion, no one could foresee his intent.
— member of the advisory council

So the council decided to deliver overtures to the new king but secretly amassed a second army to take his unaware. Only, when they finally were fielded, they discovered a huge coalition of two other witcher kingdoms arrayed against theirs; being led by the newly-established Krix salt state.   In the time it took Sangsalgu to gather their forces, Cuat'tallel built a rival army that out numbered anything the Sang could field at the time. And though he was silent to them, they were not silent to him.

Largely embarrassed by Cuatepoztli's sudden appropriation of their efforts. Sang governmental officials did not publicize the betrayal. Instead, they acted as though nothing had gone wrong and told their troops that they were going to complete the reconquest of the Salt Rivers.
— recordings of a court scribe

Diverted Armies
It was a tense moment; with these two sides just standing and staring at each other. Most of the Sang belligerents were just emerging from a forested area; the general at the front. Opposing them was a straight line of Krix warriors, several formations deep and flanked by dove and gator coven troops who were ideally posed to completely encircle the Sang.   Taking initiative, the Bat King walked ahead with a small entourage and played the part of a long lost friend to the general. The long and short of it was that this was a long agreed to rendezvous of their allied strength in the subjugation of the shadow realms to the north.

King Krix Cuat'tallel oversaw a remarkable period of "dekingdomization" where the remaining ruling class of the other tinge monarchs willingly decided to give up their power and return to the brine marshes. The remaining wisher kingdoms were enduring a multitude of problems that their respective covens were either unwilling or unable to address.   Cuat'tallel had initially treated them rightly as fellow monarchs; imbuing them with the respect, courtesy and favours owed to them. After a measured amount of years, he managed to convince the tinge class who ruled as his neighbors that greater integration would be required of them, else-wise the lower class will destroy them. Some took his advice. But it was an idea that demanded total commitment and the end result was the dissolution of several of the witcher kingdoms all at once. Cuat'tallel negotiated on behalf of several of the tinge rulers to their subjects and facilitated the exodus by deploying his krix armies in escorting the elite covens back to the marsh borders.   In this way, Cuat'tallel is seen as the father to the five current Salt States.

Cuatepoztli would have a complicated relationship with many salt spell practitioners. On the one hand, such spells are being used against his people. On the other, its usefulness was so apparent, he endeavored to gain as much working knowledge of it's science for future exploit.   This would entail participating in the daily prerequisite salt baths and simple practices while in school. Though he never displayed any extraordinary skills, he would be convinced to stop attending regular classes after a particularly nasty misstep with a salt fire attempt popped in his hand and scorched parts of his arm and chest.

Though Cuatepoztli did not possess great wealth himself, this costume was to mark him as one the nobility regardless. However, he had made a mistake in his choice of feathers. Rather than inspecting the bulk of the product, he had sent them to the amanteca directly, who had great difficulty tying them together because most of them were unsuitably short. Worse, the purported reds, greens, and blues rubbed off the feather workers hands and further mixed the cheap dyes together into black.   In Cuatepoztli's first tournament, he was mocked mercilessly by his peers for the wretched raggedness of his appearance. He tried to explain what had gone wrong but that only made him look even more foolish in their eyes. It got worse, when by wars end, the small feathers were falling off of him, which exposed the dirty cotton and made himself to appear as though he were balding.   Rather than looking the part of an eagle knight, he looked like he had cloaked himself in a pelt made of bat fur, earning the moniker of the Bat Knight.

It is unspecified who Cuatepoztli's parents were, as the reigning Raven Matriarchs kept records as to who was who's imprinted in their own minds. The ravens understood the reverence their new people held the Krix line and integrated that line into their own; giving preference to daughters as is common in tinged culture. Cuatepoztli, being a boy, and half an enemy besides, was never given a name by his mother and was reared to be used to sire future daughters when he came of age.   Cuatepoztli would have spent his toddler days in the care of the matriarch's daughters or granddaughters and given only just enough to survive and not grow much stronger. There are two versions to his rescue: either a foreign envoy bartered for his freedom or a sympathetic slave or servant sent him adrift down river on the Rattles where he was picked up by his future foster pochteca father.

As a guest of the capitol, a baby Cuatepoztli was given his name and educated in Sang customs, history, martial arts and, more importantly, his "birth right". He was told many times by his care takers of his destiny to liberate his homeland and that Sangsalgu would help him.   It was the hope of a stabilized sang government to use the child's royal status as a tool to reengage with the conquering witches and regain dominion over of the land after they were swept out some thirty years prior.   Strangely, Cuatepoztli never gave any outward indication of interest in what was said of his destiny. It is likely as a child, he simply did not understand what was being asked of him or his role in the larger political scheming. But even as an adult, he seemed disinterested in retaking and holding Krix land.   Regardless, when the time would come, he would be pitted against his homeland's occupiers, and will be installed as the new Krix King.

Cuatepoztli, being a hostage of a hostile country, was not afforded the right to partake in many religious rituals until he reached 17. By then, he had worked into his mind that he was quintessentially unworthy of the many fine dishes of his host. Disadvantaging himself in not strengthening his teotl which later forced him to quit learning new spells when he could not keep up with more advanced material.

Desired to become independent from his various masters

Of a distant descendant to the famed Plumed Witch. 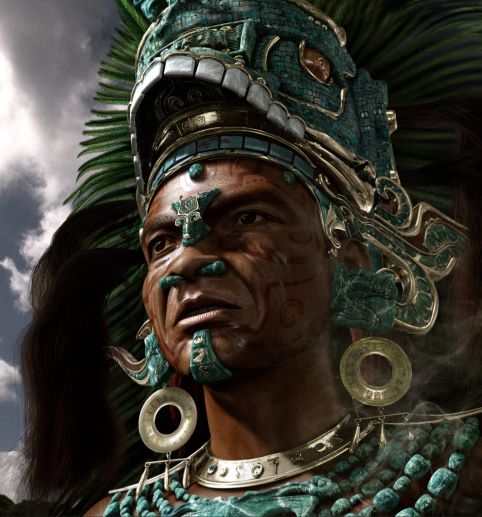 Of course I pay my debts, but on my terms.

Which part of his actions made Cuat'tallel a good man? The article does a good job of outlining what he achieved in his life, but the details around how he did it or what it was that made people remember him as a good ruler seem a little vague.

I can understand that. Most articles I write are told from the perspective Sang interests and he did betray them. The 'good', as I was trying to allude, was towards the Krix who the Sang wanted to reconquer.   Cuat'tallel, being half Krix, felt a sense of obligation towards them in-spite of his previous affiliations. This inner conflict was meant to be hinted at through the text, not out-rightly stated, because his handlers either did not notice, or did not care enough, to notice his growing divided loyalties; so it would not appear to be concurrently noted.

Check out my Work: Valley of Man|Four Quadrants