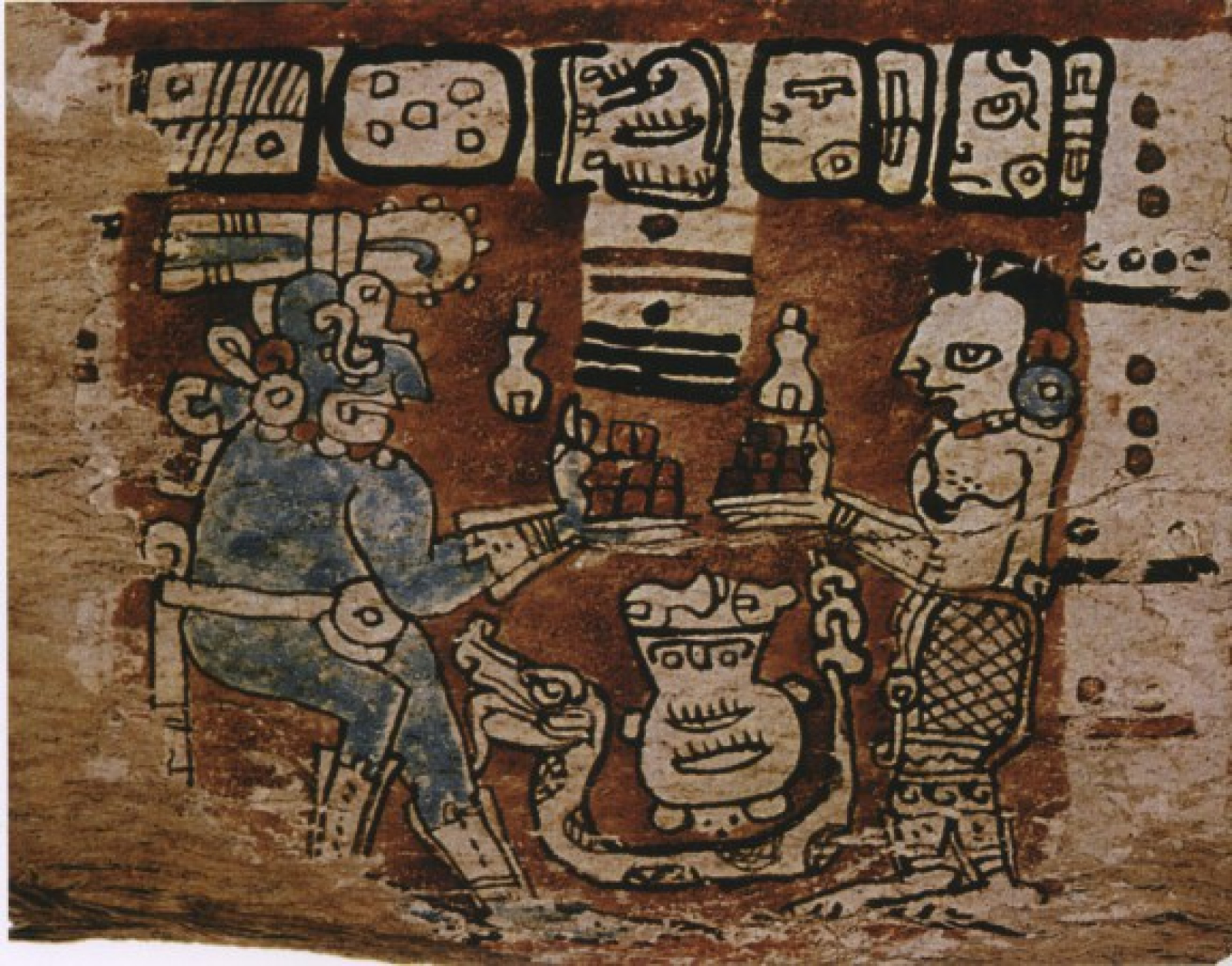 Like with cocao, it started in a market. The justification given for the Sang invasion were the murders of a trading envoy in a market at Epexos by a mob of market traders.   Sang traders have been venturing further and further south for many years before the start of the war. They were learning as part of a directive to bring back insight, as well as goods, onto the settlements' inner workings so the Sang can better integrate themselves as more and more of them immigrate into the plains.

The "Coil" in the Otoerm Coil is in reference to the defensive posture a snake takes when threatened. Before Otoerm, were many previous iterations. The Eben alliance was on the decline during the early stages of the war, but the leadership was able to reorganize itself into the Eben Coil and brought in additional members for their collective defense. Even though they initially outnumbered the Sang, the allies did not pursue them aggressively. Instead opting to defend their collective borders and to further politically isolate them.

When the merchants were killed, there was an outpouring of rage such that they fully mobilized and quickly marched on the city that committed the crime. On the way, they were ambushed many times by Epexies and by the time they arrived, were forced to abandon their plans because three times as many Epex allies came to their aid.   Stymied and vexed, the Sang army unknowingly desecrated many sites who were not their primary enemy. Subsequent confusions lead to a building alliance against them over the 50 year span of the war.

Before hostilities began, the Sang were seen half and half as invaders and business partners. There were bands of warg adventurers who sought promise and riches in the southern cities. Less exciting pochtecas reached even further, however, sharing their earning and enriching Crochide to many jealousies.   It has to be acknowledged that it was the pochtecas' rivals who played into the public greed in such a way that demanded the they bring more and more goods back to the city. This pressure may have been an underlining factor that drove the high tensions that led to war.

After the failed Expexos expedition, and the Coil's lackluster response strategy, the Sang aimed to maintain an aggressive posture and prod their defenses and willingness to fight. This continued on for two decades, all this time, fellow wargs added themselves to Crochide's strength which would prove vital for later battles.

After a serious political dispute fractured the coil, 15 years after the first raid, resulted in Crochide dividing its 60,000 size armies to attack a weakened Coil on many front at once. This was blindingly more successful than the sang could have predicted leading to ten years of occupation.

Then, the Toiks revolted. Crochide's combine Sang and Warg companies stationed to defend the home position were either too exhausted, priory disbanded or redeployed to the front. The end result was an open route from the College to Crochide where the Toiks utilized terror birds and the vertigo vomit tactic for the first time leading to such a defeat that would traumatized the sang for years to come.

Escape from the Garden

Completely shattered, survivors ran in the direction of their fielded contingents and reported what had happened to the commanders. But rather than wanting to strike back, the majority warg leaders of the Nidae, Leggi and Beron tribes decided that they had had enough of the fighting and moved around the desolated Crochide back to the shadow plain.   They were never as invested in moving out of the shadow plain as the Sang and when they lost their home, the remaining tribes went back to theirs. Suddenly militarily inferior and surrounded, the Sang lifted their temporary camp and swore to become vassals to Ocumtit and to transition into an island people on the Black Salt Islands in Lake Coco. At the time, it was widely and derisively believed that they agreed to such isolation to be as far away from their victims as possible.

The bitter outcome of this war is often cited as the reasons for the Sang's constant incursions into the Plot during the Flower and Coronation Wars. As they would never forget the lows brought to the proud Sang.

The prolonged conflict would be the last time the Sang utilized shadow skins in such a conflict. Because those warriors died or disappeared at the wars end; and the Sang who remembered how to make them were massacred in Crochide.

It seems anti-dramatic. Skins were the hallmark of Sang warrior culture. Perhaps it is telling that once we left the Range, we simply forgot how to fight.

Conquest of the Garden Cities

Resist the Sang incursions into the Plot