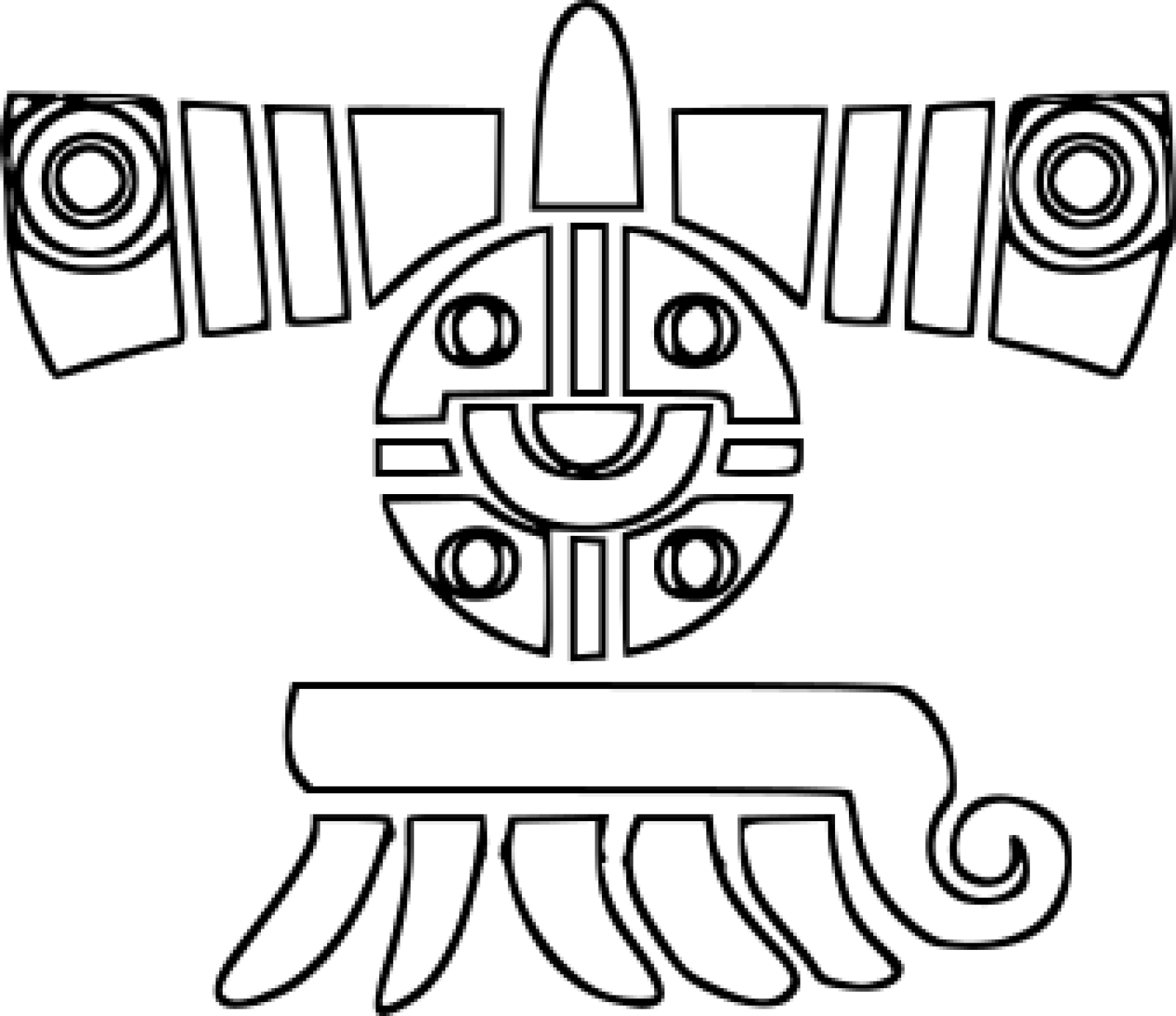 An outer garment covering the body from the waist to the ankles, with a separate part for each leg.

A loose garment worn overhead that reaches the wearer's knees.

Specially made trousers padded in the crotch area and stiffened along the legs.

A protective piece of headwear

A style of glove worn during combat to protect the hands, forearms, and wrists.

Banisz and his boyhood friends were taught about medicine, philosophy, morals, religion, logic, and art. Under the tutelage of many unknowing experts, he developed a passion for the works of storiers and chroniclers.

Though he was thoroughly trained, there is not alot of evidence he actually scouted for the army in his early years.

A pinnacle position for most ennobled men. When the kiri returned to the valley, Banisz expectedly led his new military asset from the front.   And further a field than his people had done in many years.

As a general commanding his own army, Banisz shifted to controlling his forces from the rear. The promotion marked a change in his favourite tactics. Where before he was movement oriented; he later adapted to holding fixed positions.

As a captain at 15, he won a battle against three experienced warlords that started with an enemy ambush and ended in the enemy's own camp, without resorting to kill anyone.    Banisz divided his forces into four squads: The first stage of the battle was joined at Dima Trial, where Banisz took a serious wound that convinced the remaining captains to attempt to withdraw. Seeing this, the enemy pursued and moved deeper away from their homes which allowed the second and third contingents to take Chouha and Chiba with minimum resistance. Incidentally, this maneuver also cut them off from Cuetzpalin as well. When the coalition army realized this, the entire army rounded back quickly to retake their cities.   However, they were intercepted by the three squads from the previous detachments. Though they were numerically superior, the coalition army was physically and mentally exhausted after two days of marching and had to detour towards Hearts. All the while, Banisz had recovered to lead the main forces against rearguard troops who broke. Nowhere else to turn, the coalition resolved to make a last stand in abandoned ruins at the foot of Hearts.    The seven squads rendezvoused into Banisz's core army and swiftly surrounded the fortress that was eventually retaken.

All that doesn't sound bloodless?
— observance from a Teik child

As a consequence of the Sweep of Salt Side, Banisz had to contend with the rapid ascension of the Tinged matriarchs' witcher kingdoms.   Hearing, and likely seeing, how suddenly the mighty Sang where evicted from Salt Side, Banisz offered cooperation to the wight hordes as they were moving into his territory. His proposal was interpreted and accepted as capitulation and his service would last only a few months.

Sweep of Salt Side

Three years from the Bloodless Battle, Banisz took full command of his family's forces and allied with the Brine Witches when they invaded. He redirected efforts towards the conquest of the Sang, personally leading the elite Kiri riders across the waters to Atzacualco.

When the Battle for Sangsalgu turned against the witches, he timed a clever maneuver to evict the remainder from his territory.

From here, it could be questioned if this was wise because he then had to fight off the angry Sang warriors thirsty for revenge, on his own.

Part of Sangsalgu's strategy involved coordinating with Banisz's enemies hiding in the eastern mountain boundaries. Even though Banisz's men had to face two fronts, they still managed to fight Sangsalgu to their previous borders. His waves of successes led him to decide to wipe out the holdouts for once and all.

Geographic Location | Jul 22, 2021
When Tenula was retaken, Sangsalgu had to push back against a more familiar enemy. Tinge covens had long retreated back to their newly acquired kingdoms but had left their former allies to defend themselves.   For awhile, Sang forces had pushed past Tenula's boundaries into Mist but eventually the borders resettled backed to how they were before. And the mist men would never again hold the peninsular.

With the advent of defeat, Banisz supporters attempted to keep his memory alive by painting his life story on pottery and embroidering tapestries. Where feasible, they used humble colours for the early years, shifting to brighter choices in his crowning glories, then dark and dull to depict his grim end. Many friends of Banisz, military and civilian, promoted these actions to discredit and discourage future pilgrimages to the Ghost's healing arts.

This does not seem to have worked too well. Though less people have made the trek in subsequent years, it had always been difficult to visit the Black Ghosts on account of the terrain.   So to say spreading the tale led to negative repercussions is an exaggeration. In fact, doing so seems to have led to Banisz being remembered for the one thing he would not want to be remembered for.

Without his planning or his resolve; his family's dynasty collapsed.

It is recorded that during a scouting mission, Banisz was captured and subsequently tortured to dead.

Myth | Oct 3, 2021
Banisz was kept under the personal care of the Ghost for weeks after his capture. Then, to ensure the spread of his fate to any would-be-invader, had Banisz strung from some contraption by his wrist, off a cliff edge overlooking the path of a patrol he knew would be passing, and the Star Stone shinning above him like a halo.   His screams of agony, as reported by the patrols, echoed through the rivers and ravines all the way to the main camp who did not yet know of the source.
The disturbing imagery and story of Banisz's many deaths led to the crafting of a new word: Banisgiz.   Throughout the entire valley, it came to be used as a byword for inescapable torment. An outcome that the Black Ghost is purported to have promised to Banisz before the torment began.

Even to those who had never heard his name, to 'Banisgiz' someone has come to mean a warning that future bitter enemies would lob at each other.

Dynastical claims are constantly changing due to temporary alliances and inter-regional conflicts. One reason for this churn of the political bodies are the Kirin arrivals that unbalance the military potential every fifty years.   And with that, regions that had been able to coalesce into a sustainable long-term identity, identify themselves by their ruling dynasty. Banisz was raised in a time following the collapse of the Neksayoli and the typical fallout of many branch families contending for its next iteration.

Banisz rewarded those under him with donations of cloth, iron, copper, coal and water. Veterans and those who could no longer fight due to old age, illness or injury were given their salary and one extra bundle, as well as the costs associated with returning home.

His arrogance was largely responsible for his own premature death and the failure of his line.   Exactly why the Tetlachihuiani (whose name is unknown to us) would do what he did is unclear. It has been put forward that this Black Ghost was simply sadistic, but a former personal guard had said he recognized the Ghost as a previously mistreated captive from prior conflicts. Therefore, it may have been someone seeking vengeance a decade later. Due to the apparent intimate nature of Banisz's torture execution, perhaps there was a personal motivation.

Banisz, even as a scout, kept his equipment in excellent conditions through meditative and regular cleaning.

It is generally accepted that Banisz was not from the main Neksayoli branch. Rather from an offshoot of an offshoot and whose true family name can only be speculated. But regardless, his father claimed to be a member of the Neksayoli dynasty and thus a claim to rule. It is also possible that he had adopted the name 'Tenayuca' to endear himself to the sang mission to be installed as a Tlatoani or a Cuauhtlatoani as a puppet figure.

With that shining turd of a pedigree, he could have been a charismatic nobody?
— questions from a joi visitor

Leutogi, as a provider of fruits, berries, nuts, seeds and fertile soil; is the most prayed to deity in the Valley of mist due to contamination of the salt mists from Eeat.

Spider Goddess of Judgment and Sanctuary

Lolth hangs from her multicoloured spider silks from the blue moons eye(s) and where she observes the goings on in mortal lives. Whether he knew it or not, Banisz was highly dependent on Lolth's goodwill from all the turmoil happening in his early life.

It is not certain if this is a creature that actually exist. Supposedly, swarms inhabit a rocky outcrop somewhere in the lands of the mist men. They are said to be predominantly dark with rippling rainbow colors when it flaps. Many of its reported features are quite similar to the flocks of four winged bats that fly regularly over the Floodgates to and fro.

Banisz had two personalities. One to entertain his friends and another to combat his rivals.   He was described as dumb and arrogant by his enemies; and charismatic and open-handed by his supporters.

What's that supposed to mean? What man isn't good to his friends and terrible to his enemies?
— rebukes from commander Cuicacui on hearing tales of Banisz

Men of the Mist learned long ago how to mount and gallop silently across fields and lakes towards the enemy in large flanking motions impossible to anyone else.   Rhythmic motion from the rider's hip downwards are memorized and become instinctive to prevent razor cut from the kirin scales.   This has lead to grief for many a conquering armies.

It is a mark of higher education and prestige to be able to deduce the optimum places in a land for agriculture, mining, foraging and building.   Banisz also adapted this skill for the mundane tasks of scouting enemy positions himself. He did so during besieging the coalition's fortress and again, when he was captured.

Organization | Oct 9, 2021
— provided early training to his eventual role as a stateman

Organization | Jan 18, 2021
— Banisz's father was aligned with sang power but would sour with the son

Military Formation | Oct 27, 2021
— briefly blasted from the Dike of Cranotuilloil and away from Lake Coco during a skirmish

Ethnicity | Apr 14, 2021
— tense and volatile from the start of their entering Mist until their hastened retreat

Competition Homepage
In response to the prompt Whose death is still greatly mourned or remembered in your world?