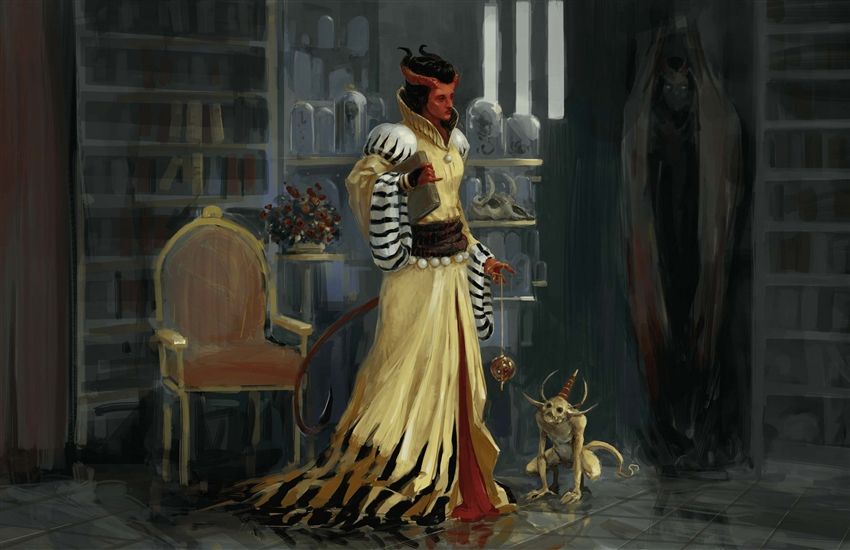 In the beginning there was endless void that was home to a single barren universe. Then there was the gods born from the dreams of the fist life ,gods were capable of creating life and matter. out of a desire to be worshiped The gods created life and built the foundations of a great empire safe from the horrors of the endless void. The gods discovered that at the edge of the endless void some of there life had Advanced with out them this life refused to bow down to the gods In retaliation the gods unleashed a terrible apocalypse upon this new life destroying there civilization there history and even there names but still some how they survived. These now nameless peoples gained the attention of the arcane will a entity of the endless void. the arcane will awoke a ancient power older then the gods:the cycle,and used it to bestow the gift of magic upon the nameless peoples and named them the fist magi. This new power gave the magi the ability to fight the gods but it also called the horrors of the endless void like moths it a flame and the fight that once between gods and mortal life was now a war of gods and magi and horrors of void. This new apocalyptic war was named the sundering and it would scar the world fair a thousand centuries. The most powerful of the fist magi were the immortals who rivaled the gods in power ,these immortals believed that they could kill the gods and build utopia from the ruins of the earth. The immortals shattered the divine order killing many of the gods but the utopia they wished to create only Twisted the world as nothing they could crate was good enough for there ambitions. These immortals tried a failed over and over to create there perfect world until the gods returned with an Army of titans and the sundering became worse then ever. The promised one a dragon priest of the arcane will gathered any immortals who would listen and told them there plan. The immortals chanced there power into the promised one who then sacrificed themself turning there essence into the promise. The promise was a pact written into the cycle that insured that as long as Magic was practiced that the gods and any fraction of there power would be banished to the endless void. The promise ended the sundering and banished the gods to the endless void where they were killed by a entity called polymono but world was still scared by the sundering and the cycle still defined the new Magic filled world. The immortals that aided the promised one in ending the sundering now helped to heal the world ,helped civilization grown and it was them that named the world ardala. These immortals now reside in birthplace of new civilization the continent of Valinor.