On Her Majesty's desk sits an ornate quill. It's really quite lovely, but I've never seen her use it. I wonder if it's a momento of her mother.
— Lady-in-waiting of Queen Marcella of Necros

On the desk of Queen Marcella of Necros sits an antique quill pen, sure to catch the eye of any lucky enough to take a meeting with her in her private office.   The nib is made of intricately etched silver, shined to a gleam, and the feather is raven-black. No one really knows where it came from, who made it, or even how old it is. Some believe it to have been passed down through the Shivano bloodline for ages, given the place of prominence Queen Marcella gives it.

"The Queen shouldn't be taking meetings without her advisors."   "Don't be ridiculous. Do you really want to be present for every meeting?"   "It's not safe, is all."   "She's the Necromancer Queen. I think she's more than capable. And besides, Douglas is always with her."
— Conversation between the Queen's advisors

Castle records indicate the quill's existence, but do not indicate when or how it was obtained. Queen Marcella waves away all questions on the item, and her primary assistant, Douglas, also refuses to answer questions about it.

One time, I was bringing tea service to the Queen's private office. The ambassador of Rhovan came storming out, nearly run me over. He was spitting mad, clutching a bleeding hand. I managed a peek at the wound, a small, thin puncture mark.   Inside, Douglas was cleaning that quill pen, and the Queen herself waved me in, looking a bit pleased with herself. Don't tell anyone I told you that.
— Serving woman for Castle Shivano

I’m pretty much always on standby when Queen Marcella is in her office.
— Shivano Castle Physician 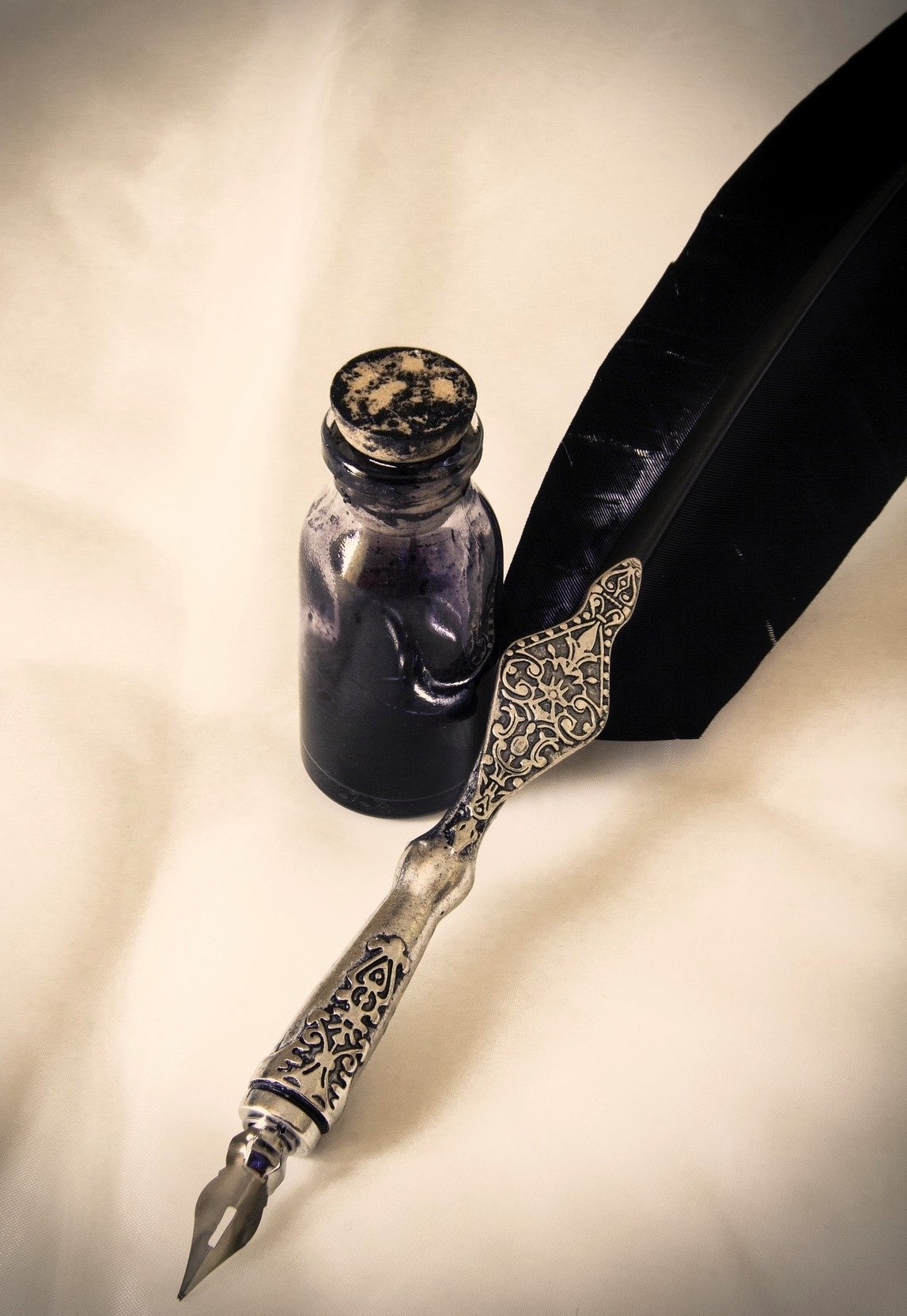 This article was created for Summer Camp 2021. To view my other entries, click here.
Thank you for reading!

I love how it is a personal item like this, and I am very curious how often she stabs people with it :D

Thank you for the like and comment :) I've added now a bit more to kind of indicate how common this is

Loved it! The suspense is brilliant and what is not said speaks volumes. Funny, quirky, and ... interesting.

I Love this. I love the mystery of it, the light touches of humor, and the clear personality in the Queen. Wonderful job :)

I love it but also I am confused: Does the item provide magical protection? Or just a personal favourite stabbing weapon?

Thank you :) hmm... there could be something with blood signatures. It has no magical properties.   I kind of just planned it to be a preferred stabbing weapon, relying on it being intricate and a favorite of the queen's as fulfilling the "extraordinary" part of the prompt.

*squints suspiciously* It's used for signing things in blood, isn't it? Love how you've written this article whilst reading a lot unsaid and just hinting at the sinister. :D