"The blade, much like the tale, is a little different depending on the person."

A Miracle of the Asporaso Faith, Priscilla's Dreaming Blade was a trusted tool to holy warriors on the field of battle.
Chalk jumped, but it was too late; the floor solidified back into stone with his left foot caught. He turned back to the Cavalier, who took the opportunity to lift their helmet's visor. Beneath was a man who had tan skin wrinkled by both years and the sun, like all who followed the Fire Sorcerer.   The Cavalier gave a smile, not one of lofty self-assurance, but of an odd warmth; as a father would to comfort his ill child. He spoke, his voice deep and clear, in words Chalk couldn't understand. Yet for whatever reason, the Knight took stance and nodded. The Cavalier laughed, set down his visor, and reared his horse to a charge.   Flesh and metal galloped towards the Knight at fifty feet away. Chalk clenched his iron staff and ran his thumb across the runes etched into it.   The Cavalier raised his glaive high into the air. Twenty feet to go. Chalk felt the pull of his power, his soul flowing into his staff for a brief moment.   At five feet, the Cavalier brought his blade downwards. Chalk in turn began to move, energy coalescing over his staff mid-swing into the impression of a massive sword.   In a single hit, the battle was over. Much of the Cavalier and his horse's head fell to a heap on one side of Chalk, the rest on the other. The air was quiet, save for the faint melody emenating from the energy of the Knight's miracle, though that too faded after a moment.   Chalk took the equivalent of a sigh, then sat down and began the arduous task of carving his foot from the now solid stone of the ground.

Casting Time: 1 Action
Range: 30ft. Line/Cone
Components: Verbal/Somatic, Focus
Duration: Instantaneous
Wielding their Spell Catalyst, the Caster briefly summons a massive blade of magical energy to attack with. All creatures within either a 5x30ft. line or a 15ft. cone (caster's choice) must make a Dexterity Saving Throw, taking 2d8 Force Damage on a failed save, or half as much on a successful one.
At higher levels: When you cast this spell using a spell slot of 2nd level or higher, the damage increases by 1d8 for each slot level above 1st.

Priscilla's Miracle was a rather straight-forward one. Wielding their holy talismans, the caster would make a single attack with the faint image of a giant blade. Those who put too much faith in either armour or numbers quickly found themselves felled if they approached a Cathedral Knight or Cleric without a plan.

"The blade is of a memory. Most wonder whether it was originally an estoc or perhaps a falchion. My question is why the blade sings."
"Wait."
"Ah, see? You noticed it too; that it makes a melody slips past most folks unless ya point it out." 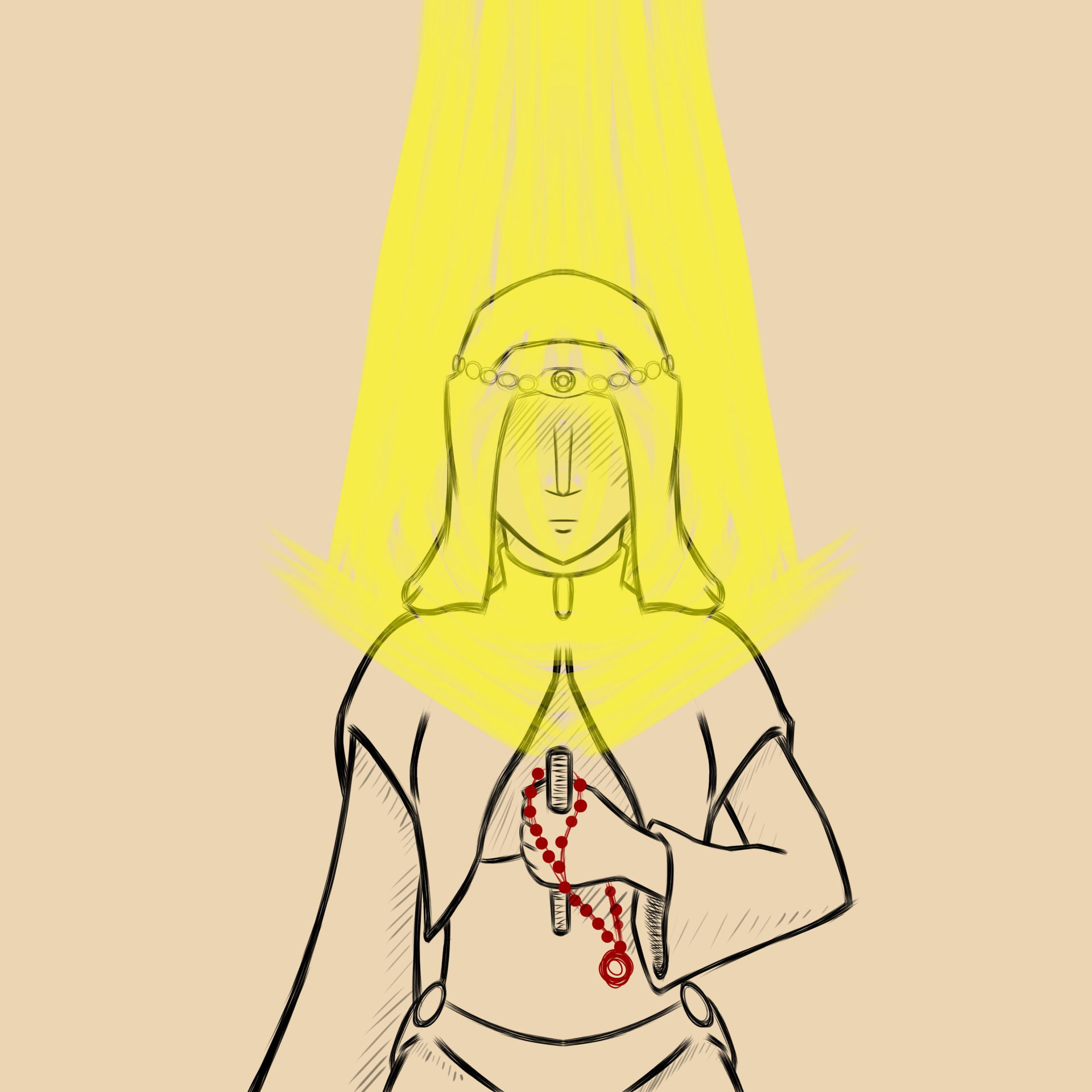 "'Without cost?' No such thing. Priscilla gave our Lords the most valued thing when first performing this, much as we do now."
"And what do you give, then?"
"Faith."

Priscilla's Miracle was one of the few that held nearly no prerequisites aside from a spell catalyst of some sort and the ability to use magic. Otherwise, nearly every part of the technique was left up to the individual as to both how it was evoked or even appeared in many cases. 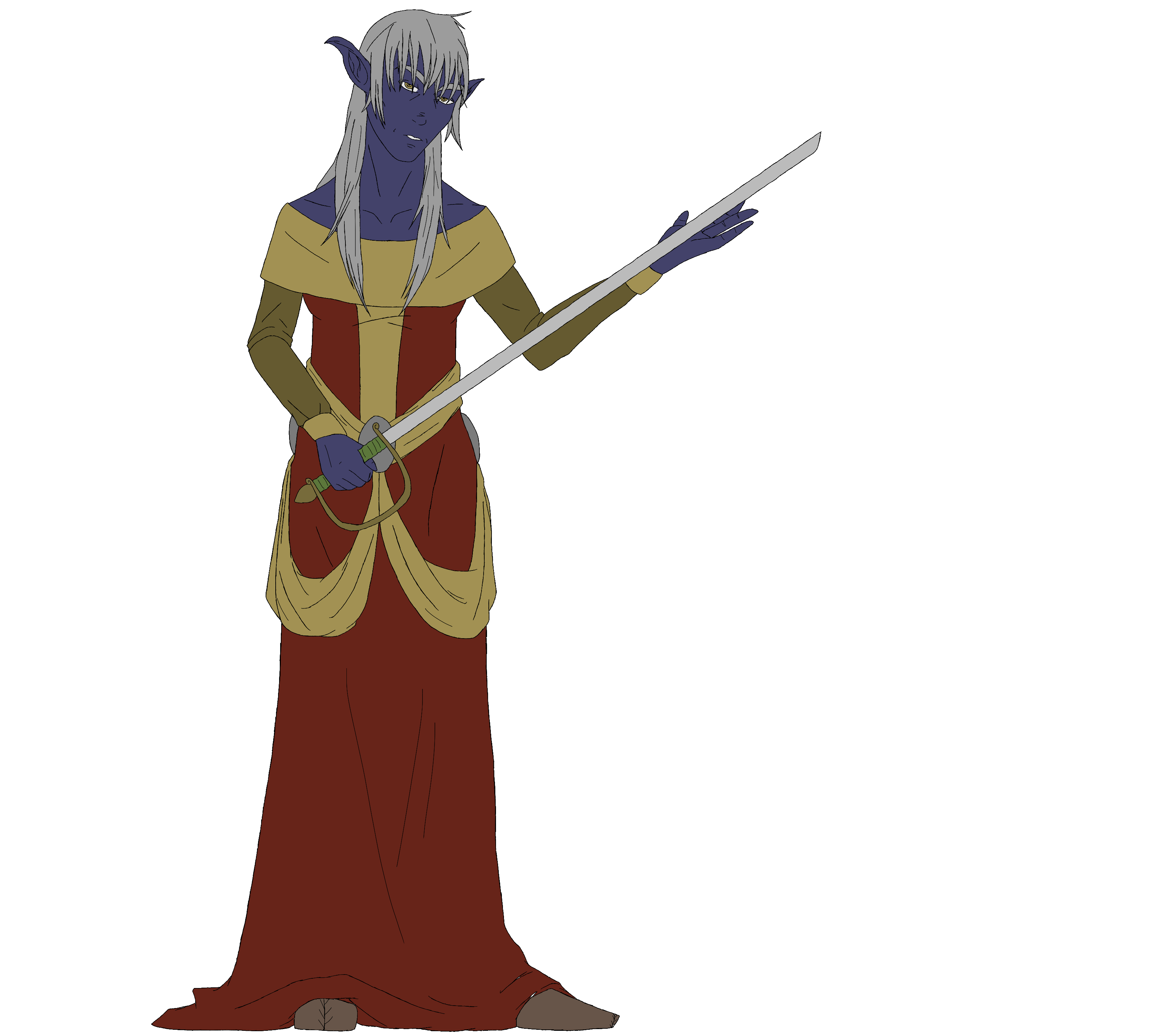 by Emberean | Divine Eidolon
The Dreaming Blade Miracle was attributed to a Xoti woman named Priscilla. As much of the original tale was lost, so too was the blade conjured a fleeting dream. It's said Priscilla took arms against Silver Demons in the Mythic Age and rended them with a sword of light. The details being largely up to interpretation across its various retellings across Aelayeron.   Although there did exist images of Priscilla, the fact that a large portion of them were made in direct reference to her legend has been a point of contention to modern historians. (Although her remains are supposedly buried with other holy figures in Temeio, Aelayeron, the Church's refusal to allow forensic analysis on them continues to leave her fate a mystery to some)

Priscilla was regarded as a Saint in the Faith and one of the first humans recorded in the Asporaso Bible. Many adherents would pray to her for the strength to overcome trying times and for power against things in the dark of the world. In practical terms, a majority of accounts specifically about the use of this Miracle state it to have been just enough to tip the scales in the user's favor.
Namesake: "Priscilla" (Grandmother) and "A Kiss to Build a Dream On" by Peggy Lee 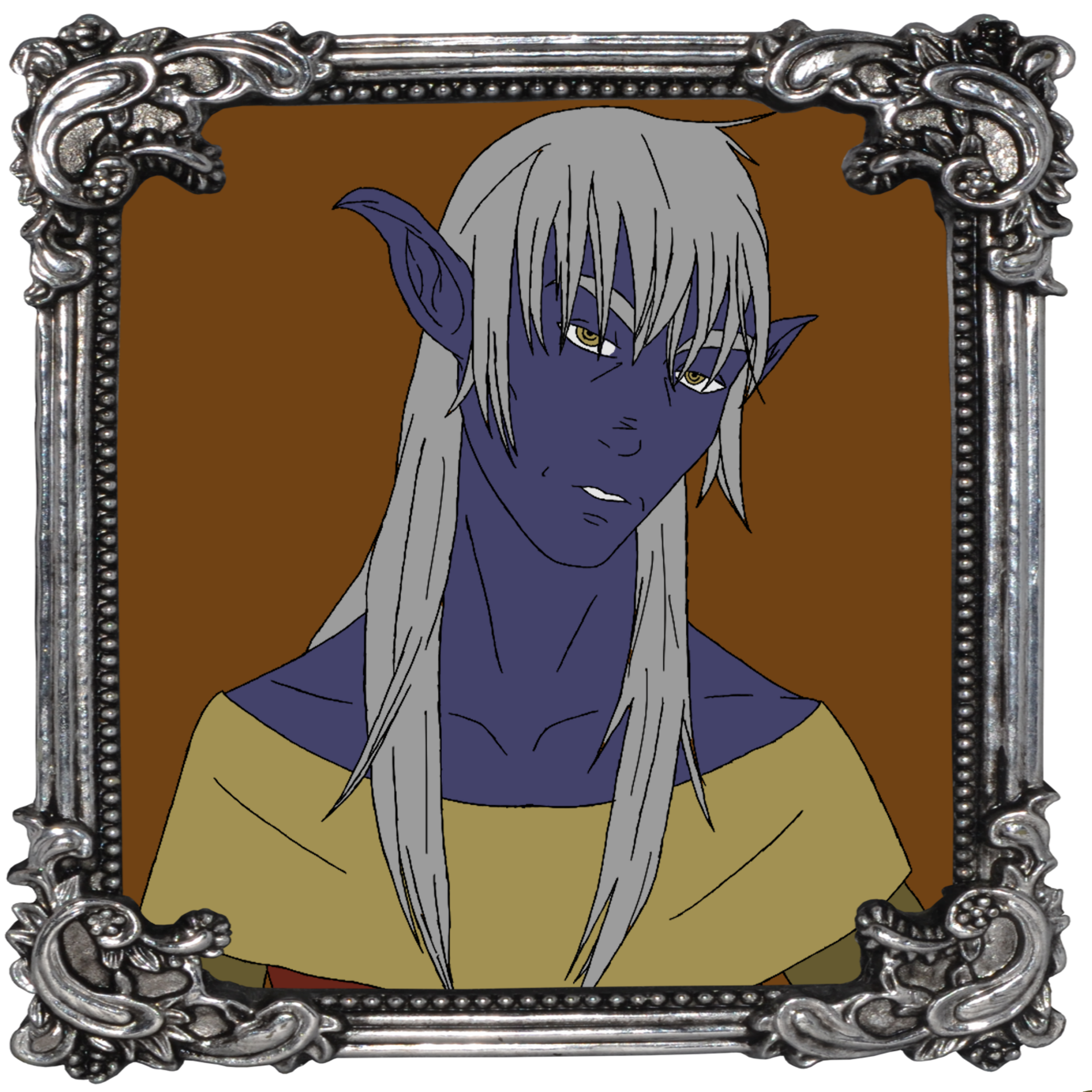 Special thanks to Emberean for making that cool art of Priscilla and darn quick too. (Y'all should go and support the Divine Eidolon, yo)   Heya gang. Priscilla is the name of my late grandmother, and a lady I miss dearly. Everything great about grandparents could be found in her and I was lucky to have one as cool as she was.

Interesting concept! I enjoyed reading this! Thanks for entering the WE 2021 Spell Category! Best of luck in all the categories you entered!

Thank you so much for taking the time to read and comment on my article, Amy; it means a great deal. And thanks for the well-wishes, but I'm pretty sure I already read the winner for the Spell Category this year.