Halos of the World

"If anything can be gleaned by their existence, it's that a higher power must love us."

Halos of the World were headpieces synonymous with miracles, however fleeting.   Whether they were referred to as gifts from the gods, the physical manifestations of righteousness, or simply Sanctus Armatura under a misunderstanding, the strange objects were undoubtedly a welcome reprieve from the cruelties of life.

Over the centuries and across the world of Val existed stories regarding events what many could only describe as miracles. Unlike other accounts of fate intervening for the better, the specific nature accounting for how Halos of the World would be interacted with lends credence to their fabled existence. Although the specifics differ, each encounter would generally happen the same way: a large-scale tragedy would occur only for someone present to suddenly find an aforementioned Halo. Upon contact, it would temporarily bestow the user with whatever abilities they'd need to lessen if not outright end the current disaster. Afterwards, the Halo would simply break apart with the user returning to normal.   It was never known whether the depiction of light around the head being holy came from the Halos of the World or if the Halos themselves took such a shape because of the positive association.

Due to both the irregular nature of their occurrence and how they'd dissipate upon usage, it is unknown exactly what, if any, physical material a Halo was made of. Only a handful of accounts describe them in any greater detail than simply bands of golden light. From a few testimonies, the objects seemed to have a tangible weight and felt like warm metal.   Aside from the central band, almost every Halo has been described with unique features such as tendrils of light or rows of gemstones. Additionally, Halos have been documented as being worn in a variety of methods such as over the head, behind it, or even around the neck. Whether this is the result of misinterpretation or artistic liberties has yet to be confirmed. (The fact that most Halos were described as being detached from the body and simply floating in place does not explicitly rule out the items being Sanctus Armatura) 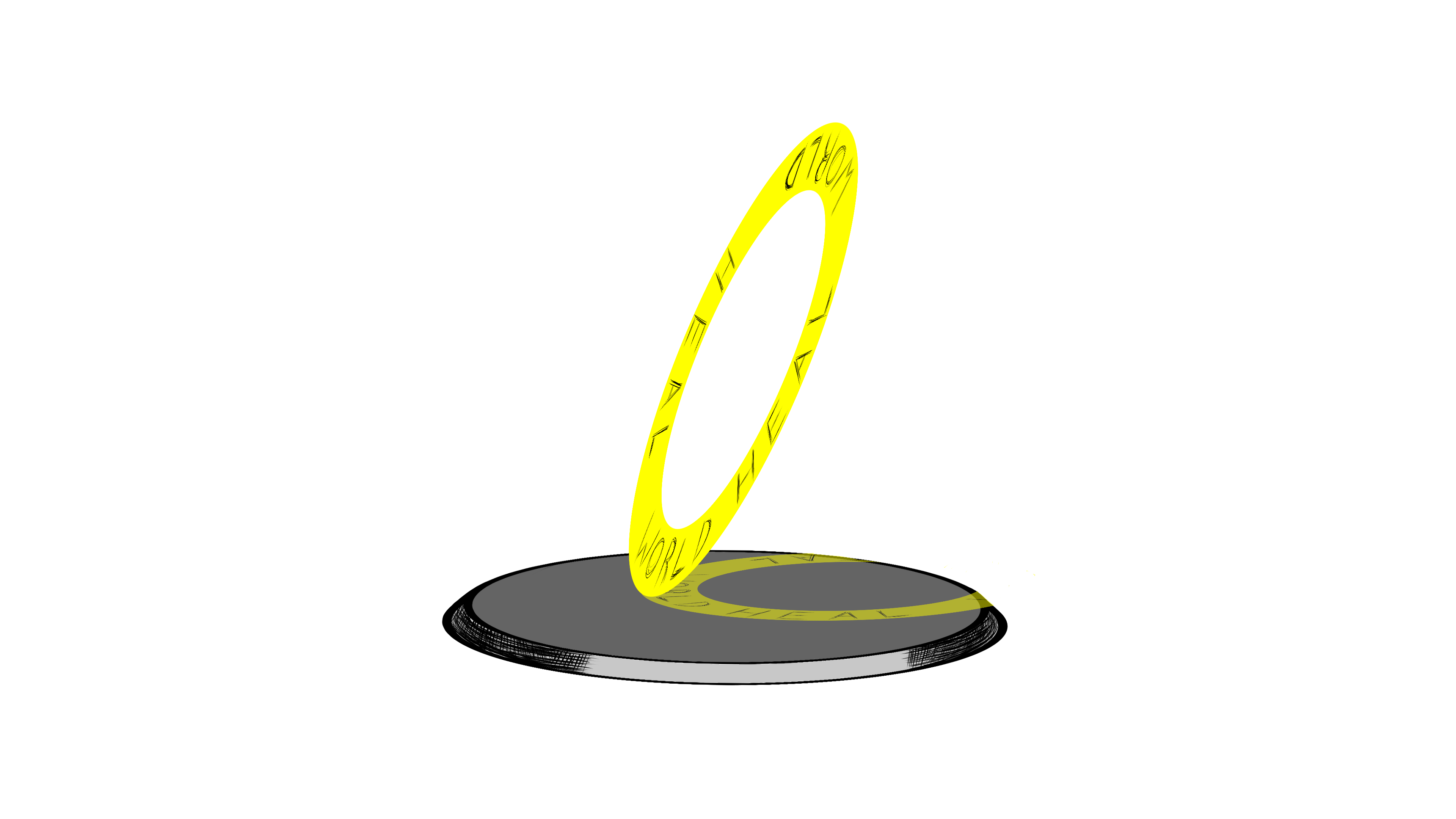 Halo of the World (Item) by Awsm Chimera

Given their altruistic usage, the Halos were thought to be bestowed only to people of equally noble character. When one was equipped, the user was likely the most powerful being on the planet in that moment, but more than anything else, they would time and again choose to heal the world around them rather than indulge in any selfish activity. As for what exactly this entailed, such power was entirely dependent on the crisis at hand. (The following three examples are some of the supernatural abilities that have been aquired from a Halo of the World)
Namesake/leitmotif: "Heal the World" by Michael Jackson

"How do they know? Who decides such things?"

Likely their most esoteric property, Halos would both manifest and bestow supernatural abilities at random. This property of the items has been the central debate amongst historians as to whether or not a higher power does exist and if they truly care for Humanity.   After all, why do some tragedies receive Halos while many more don't?
Items/Vehicles/Weapons

This fiction is completely unofficial and is in no way endorsed by any party. No challenge to any copyright holder or their status intended. All Rights Reserved to their respective owners.
Cover image: Halo of the World (Item) by Awsm Chimera
Article template
Item
World
Valmundi
Category
Items/Vehicles/Weapons in Valmundi (General)
Author
AwsmChimera
Publication Date
19 May, 2021
Creation Date
19 May, 2021
Last Update Date
4 Jun, 2021
Visibility
Public
Views
450
Favorites
30
Comments
11
Work In Progress

I decided to make something a bit nice for the people of Val-mundi for once. Granted, these things appear rarely and only after things get super bad, but at least prevent further suffering upon their usage. Y'all take care of yourselves and remember that you're loved, even if you can't quite see how at the moment.

Very nice concept. I like the mystery surrounding it and the fact that each person that acquired it used it for good given the situation they were in. I wonder do they instantly know how to use their new powers or what the tragedy is? For example did the town baker know before he/she got the halo what the problem was or did the halo itself reveal that? In all good read!

And of course very nice drawing! The video is a fun addition as well ^^

Thank you very much. I'm not sure how, but these things would appear and bestow the user with the exact abilities needed for the situation. How the user or object knew is anyone's guess given how little information existed on them; as is the nature with miracles.

Nice article, this is an interesting item!   I imagine that if an incident occur and no halo appear, people can become rather bitter than they were not deemed worthy enough. Is there a moral judgment against them from people outside of the situation? Like if people are asking for help after an earthquake, bad harvest leading to starvation etc, would people refuse help and say that if they were worthy enough they would be able to help themselves?   You've written the whole article in the past tense, does that mean that those halos don't exist anymore?   I'm also curious how the halos can be worn on the head, is it magic that make them float in the right position or do people have to fix them with some pins for example? :D

Thank you; I'm glad you liked it. You bring up a good point and one I should address in the article: I don't think many folks in the setting even know of the Halos' existence given the sporadic nature of their appearance. (As for things being in past-tense, I write all the articles in this way up until the setting's current year of 1919)

I love this concept! The mystery surrounding it combined with the genuinely incredible things that these ordinary people can do - and your layout makes it really easy to digest too. And the art is gorgeous!! Only critique I have is that the sidebar feels a little empty - maybe answer some of Amélie and Kefkejaco's questions there? Overall such a nice article to start my day with, I feel more wholesome now :D

Thank you, Stardust. I wouldn't have participated in Fashion Challenge without people like you encouraging me. Also, you're right: I should answer those questions.

So glad I could encourage you, and such great results! Looking forward to more worldbuilding from you <3

Hm, so people got temporary powers from those and used them for good... Were they always good, did it temporarily turn them good, or is it a permanent brainwash?

I like to think they've only appeared to those of a good nature, personally.

Yay! You got some stories in there. I want to hear more about the three people at the end. You carry the mystery behind the halos through the history and documented examples well.   I have a layout suggestion. This isn't a problem for everyone but I think the paragraph font text is a little small for people with dyslexia and older eyes.

Thank you big, George. I have no idea who those three people are, but hopefully I'll find out one day.   As for your layout suggestion, I wasn't aware you could change the font size for stuff; I will look into that because you bring up good point, yes.

That is great you haven't met them yet but might. I have met some of my favorite characters that way. I'll send you a message with some CSS ideas.

Interesting concept. I like how mysterious the halos are.

Great article! I’m certainly intrigued by these and their anomalous nature, appearing during some disasters and not others. The abilities they grant are also quite interesting, and there being three listed and it being said that there is potentially a random element in its manifesting, I’d be curious to know how rare of a phenomenon is it for these to manifest in terms of when tragedies happen? Is it rare even when tragedies happen, or is there like a 50/50 chance, or some other rarity?

Thank you very much for giving my work a peek. Halos of the World appear just as frequently as any other form of a "miracle." I'm not sure most people living in the setting are even aware of their existence as a single type of item. 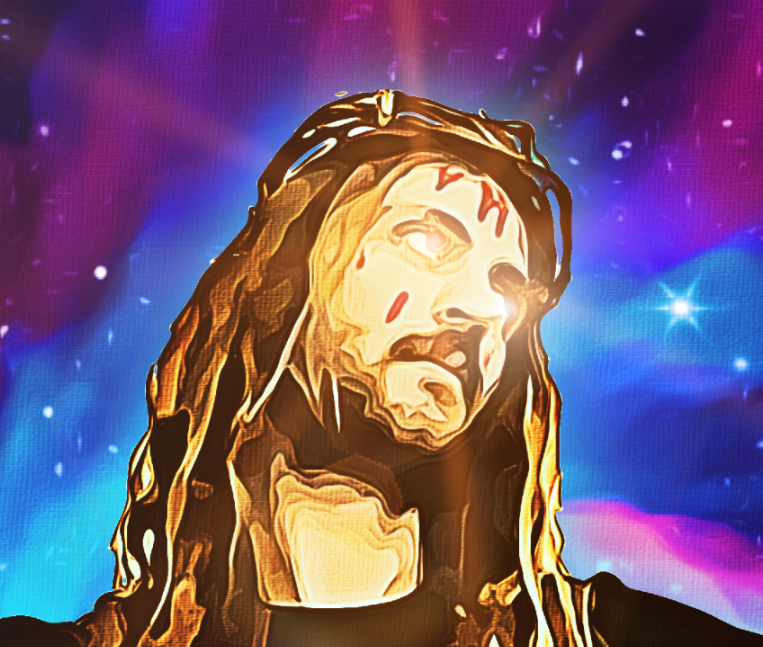 I already liked the article for the fresh art and short motif you made, which are beautiful!   Now having read the article, I can say the idea itself is just as wonderful. It's nice to see an overly positive concept that's very simple but just as profound at the same time. It's such a good concept it gives me ideas on what to add to my own world.   Great work!

Thank you so much, rikia; I'm glad you've found the article and the video I made for it nice.

This is a really lovely idea, I absolutely love the way it ties into the world and how mysterious it is!

Thank you very much, thechangeling. I'm glad you think so and hopefully I'll find out what these things are one day.

I really like how it the appearance of these items open up theological debate in your world and how there is so much mystery behind them. I also really like the last section where you've outlined documented halos. Nice job!

Thank you very much for giving my work a peek, hcraven.

"I decided to make something a bit nice for the people of Val-mundi for once."   It is nice to do something nice for our characters every once in a while, isn't it?   Anyway, good article here! Keep writing.

Thank you for taking the time to read and comment, Chris. I appreciate it greatly.