Urth has two unusual moons.  Wruin is a stationary moon hanging in the southern sky. It is broken and bits have fallen into the Sea of Tears beneath it. The second is a fiery ball covered in cracks of lava and leaving a trail of smoke and brimstone in its wake. Smote travels an erratic pat passing over the poles of the planet. Some days, you can smell the fires of smote after it has passed overhead. A tale tells how these two came to be.   Many ages ago, the moon in the night sky spotted a beautiful creature walking across Urth.  It was called the Horris and its beauty was so unparalleled in the universe that the moon stopped moving and slid low in the sky to be closer to it.    But the Horris only laughed at the silly moon.    Undaunted, the moon pledged its love to the Horris. It would never leave the Horris to be alone and watch over it always.    The Horris replied, "I could never love a moon! There were much better things to love."    Heartbroken, the moon cried a sea of tears. But it made a promise to watch over the object of its devotion. So each night, its heart hurt looking down on the Horris, which just ignored the moon hoping it would go away.    Finally, its heart could take no more. Its suffering heart cracked the moon, letting bits of the moon crumble into the Sea of Tears. The moon's heart, once fiery with passion, now burned with scorn. It burst from the moon, fiery and smoldering. The moon was left broken and heartless.    Its heart flew north and south circling the Urth. But it would never come close to the sight of the Horris again. It took long paths around it, so it would never see the creature again. This is Smote. This is why Smote's orbit is erratic, circling the south pole before turning north so that it avoids the Sea of Tears. 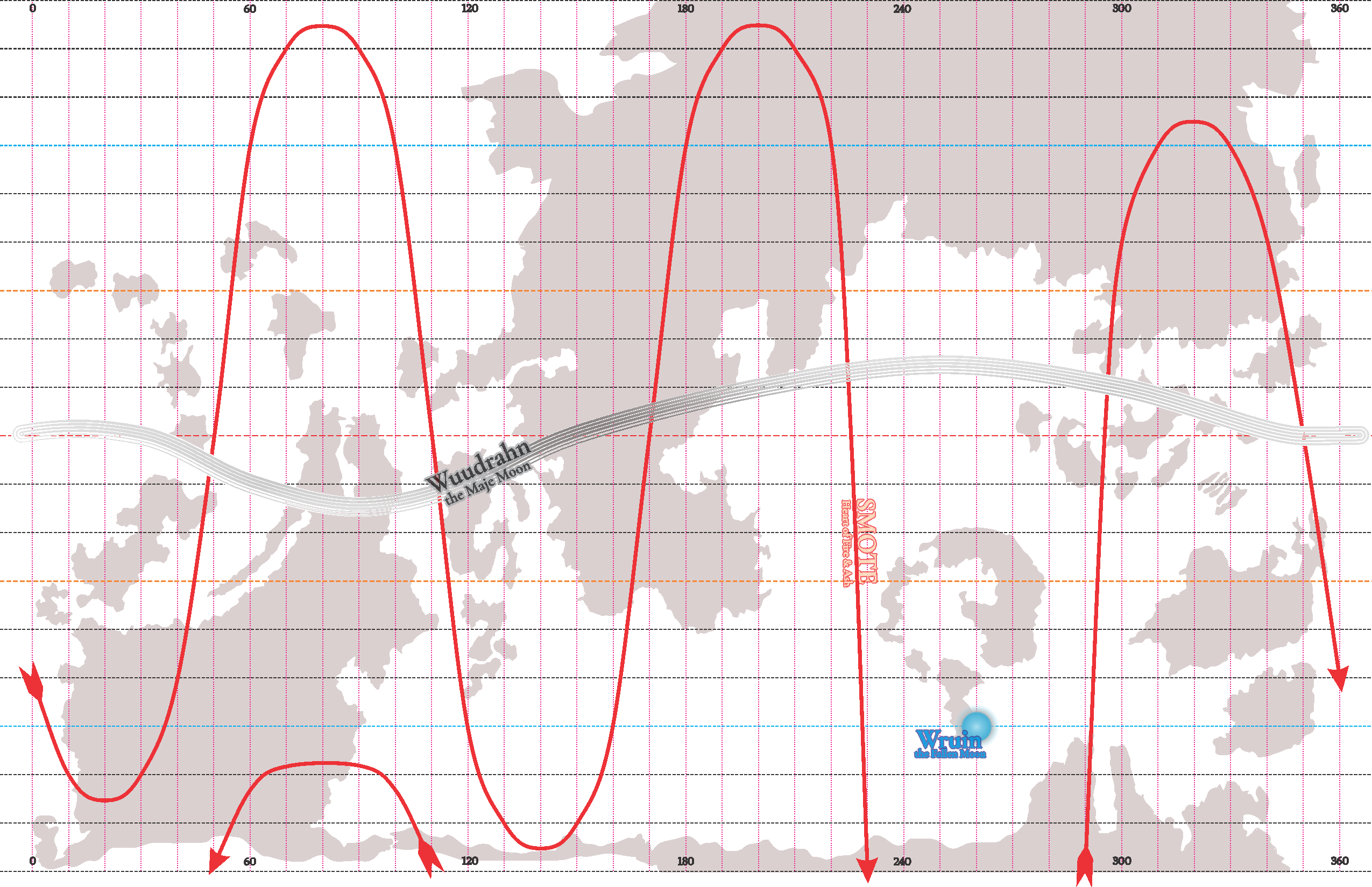 Competition Homepage
In response to the prompt The ultimate love story - Romeo and Juliet, Venus and Adonis, kanye and Kim....