"The Lady of Graves", Morr is the Goddess of Death who rules over the underworld at the head of her Court. She is an ancient being, with myths stating that in life, she was a chief of one of the first Khesum tribes to set foot on Tural.   Morr is not an evil deity as some would want to believe. Though she is the personification of endings, she has no love for the role, no greed in the taking of life, nor jealousy of those who still possess it. Morr has as many aspects to her persona as there are individuals who have died. More perhaps, since ones perspective must shift once they have passed through the veil. 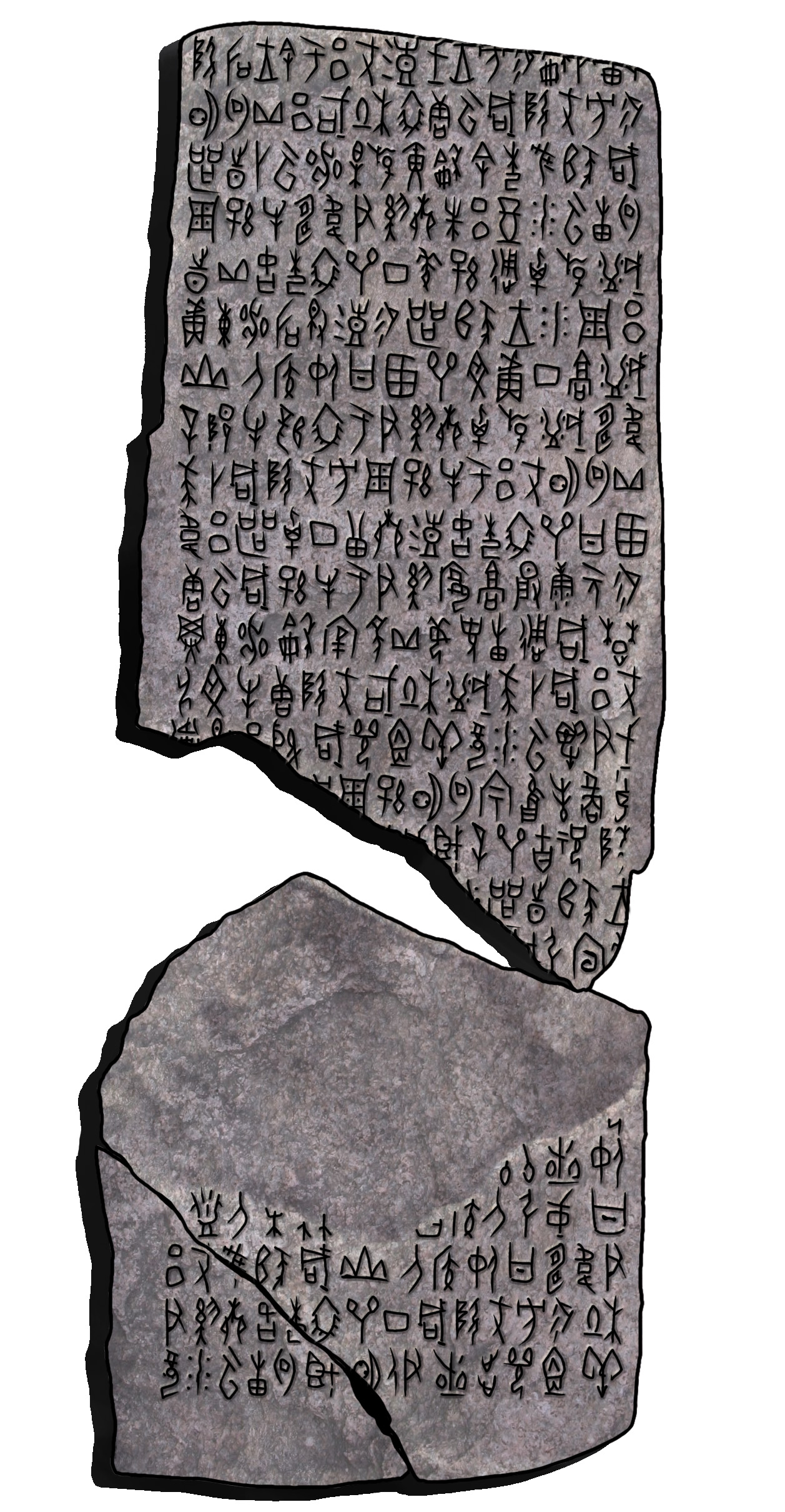 Dagonic Tablet (2 of 5)
According to Dagonic scripture, Morr was once an ascendant of War, an apparently common occurrence in those primordial times. She was the leader of the Khesum as they rebelled and fought against their slave masters, with fragments of text describe her as "A fierce, wild, and ferocious warrior in battle, wading knee-deep in blood, striking off heads, cutting off hands, binding the heads to her torso and the hands to her sash, driving out the old men and townsfolk with her arrows, her heart filled with joy".
After the Khesum fled their masters continent, they are described as spreading across Tural in migratory bands for many generations, though some decided to settle, creating the first Clanholds. When her husband complains of having no (royal?) house, Morr vows to intercede on his behalf with the God Nartu, threatening to bloody him if he does not grant them a house, also asking his wife Anthi to intercede with Nartu, after which he grants them a house, and thus a Clanhold. The two rejoice and hold a celebratory feast. At this point there are multiple breaks in the scripture making this portion of the tablet obscure, but when it begins again, her husband is dead and Morr has descended into the underworld to retrieve him. The then Death God Dannan however, does not allow this, so in retaliation Morr "seizes him, and splits him with a sword (knife?), winnowing him in a sieve, burning him in a fire, grinding him under a millstone, and throwing what remains in the end over a field for birds to devour."
The other Gods mourn the loss of their fellow deity, and the Sun Goddess Sarass descends from the sky to burn the body to ash, though since Morr had already scattered the remains to the four winds, "the fiery blast shook the entire world. Toppling mountain ranges and setting forests ablaze. The flames leapt up to the sky in all directions, sparing only a few people on the highest peaks. Even the rocks glowed red hot and the Earth herself rebelled against such onslaught"(Perhaps an old myth concerning firefall?). She then ceases to shin for a time until she is convinced to return later, recorded in another myth. During this time, the Pantheon decide it would be best for Morr to remain in the underworld than to continue roaming the earth, and anointed her as the new Lord (gatekeeper?) (Shepard?) of the dead. Morr rages at this, but having drank from the waters of the underworld she was thus bound within, unable to leave.
She grows crestfallen within this apparent prison, and during the decent of the Sun Goddess, the dead cannot enter the afterlife as she has shut and locked the six great gates, and so the spirits roam the World and the Underworld, unable to continue their journey. Monsters move into the Underworld, drawn by the abundant, unprotected spirits lost there, and all wail in despair.

The fires of the old warrior demigod have long been reduced to embers over years of watching the dead pass by her throne to the afterlife. Becoming more quiet and reclusive as one by one people she once knew walked by until she knew there was no one from her birth tribe remaining in the mortal world. She would become keenly aware of the desire for an end, the same desire that no doubt caused Dannan to allow his own destruction she would come to realise.
The coming of Nazmi into her life has rekindled some of that flame, clearing away the cobwebs that had formed in her life and slowly pulling back to the surface the woman she once was, though tempered and cooler than before. She sits straighter in her throne, a little more regal.
A new court has been called. A group of eight beings from among the dead to counsel their queen and aid in ruling the underworld. Beings that in some way are an aspect of the Alltaker, reflecting back at her a portion of her thoughts and feeling, be these choices intended or subconscious. Much can thus be inferred about Morr and her current intentions through these choices.

Morr is most often depicted as an scar covered ashen skinned Kesumii woman with white eyes and short white hair. She wears a dark, hooded robe like gown and holds an hourglass filled with red, black, and white sand in one hand, and a long copper glaive, stained near black, in the other. 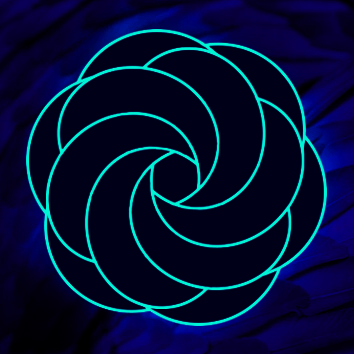 Morrs sacred symbol is a black rose. A rose that is not native to Tural but has become available through trade with the west in more recent times, and thus have been planted and grown in large quantities. These roses are generally pressed behind glass in a frame and hung above a families ancestor shrine, or cast in clear resin and put on a stand in the same location. They are also worn in the hair of devoted servants.   Before these roses were available, charms were whittled from wood before a black lacquer paint was applied. They were, and still are worn, as amulets around the neck, usually accompanied by a few fallen ravens or crows feathers. These wooden symbols are also placed over the eye of a deceased at a funeral, along with a symbol to Nazmi, Morrs consort. A true black rose has largely replaced this grave offering however, with the flower being placed as if growing from the eye socket.

Any body should be treated with respect, and if possible, buried. The Cult of Morr is the organisation that will generally preform this task, and any discovered bodies should be brought to their temples for burial, even if only a few bones remain. If this is not possible, a simple burial with any trinkets available that may aid the spirits journey is best, along with some words of respect over the grave. A body should not be defiled or desecrated, no matter who the person may have been in life,

The dead should be treated with respect, buried fittingly and shown the proper rites as dictated in the Book of Morr by the deceased's family.
The body of a deceased should be washed and wrapped tight, preferably with silk though other materials will do, before being ritually transferred to the coffin. They are to be placed on their back with their head resting on a pillow and the body then covered by a scented sheet. All this should be preformed at the families household, where members not within the household will gather to also pay their respects. The body is then moved to the closest Temple of Morr in a procession of family members, where the deceased closest kin (i.e. sons and daughters) are to wear black, while more distant relatives wear garments in different colours of blue, white, and green. The colours of red, yellow, and brown are not to be worn.
Once the coffin has be brought into the care of the Cult of Morr, it is to be brought to the alter where family and friends can pay respects and leave offerings of food, incense, and joss paper inside to coffin. After this, and any final words are spoken, Morrian Priests place the "Ravens Rose" upon the left eye and the "Sculptors Seal" upon the right, as well as the deceased own Book of Morr within the coffin and carry it out and into the Garden of Morr, where it is buried so the body faces west.
Every year the family members should return to clean the grave or tomb and leave offerings.

Those who die for a cause or for anything beyond only themselves are to be shown the greatest honour in death by their kin, be this death in battle, or death of a mother during childbirth. These greater honours usually entail a bigger, louder, and longer procession, taking a more circuitous route to the temple, as well as more lavish burial gifts of engraved copper weaponry or sculptures. 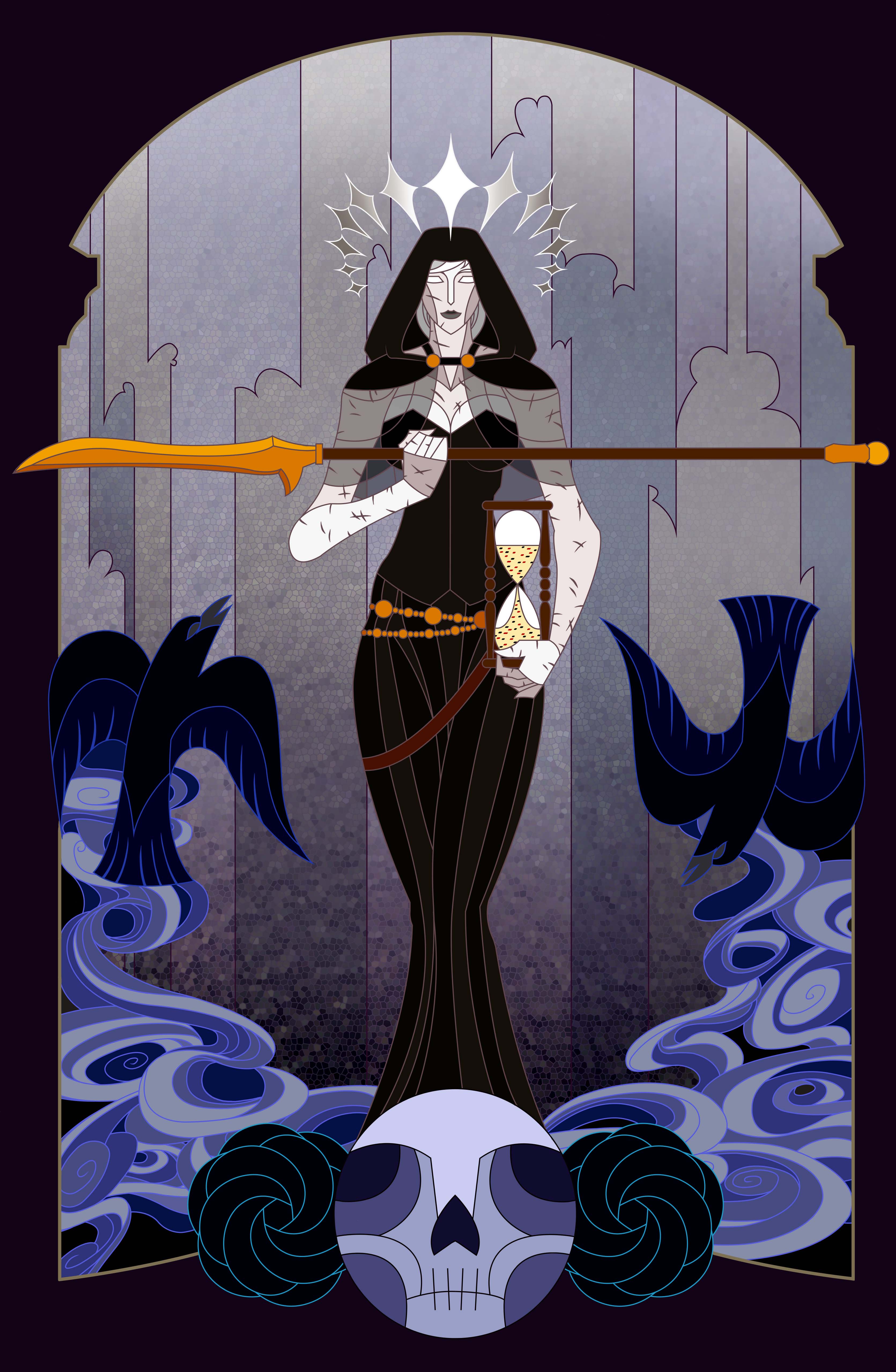