The Grand Duchy of Borgas is a major and long standing Electoral Imperial province within the The United Nerall Empire located in, and protected by, the Iron Mountains in the north. Nestled between two arms of the mountain range named after the Khesums twin moon deities Shann and Sienn, the duchy has formidable natural defences.   Such defences have been tested vigorously by its neighbours throughout its history, as the inhabitants of this wide mountain cleft have been in almost constant conflict with them all, from low level raiding and banditry, to full scale warfare. Such a harsh living has bred a sturdy, stubborn and warlike people, who have fought and bled for generations while remaining unconquered, and hold to a certain feeling of invulnerability because of it.

"There's more than one secret mine in Borgas. And some aren't digging for something so mundane as gold."
-Common rumour in Telbao, Sorcia, and Rais.

Borgas is composed of a plateau river basin fed by the surrounding Iron mountains and its foot-hills. These ranges make up almost the entirety of the Duchies borders with its many neighbours. There is relatively little farmland within the Duchy, and even that is not particularly fertile. The soil is made up predominantly from gravelly till, interspersed with small to huge boulders. The Duchy is barely self-sufficient in food in a good year and must import, or raid, if there is any problem with the harvest. To supplement their food supply, Borgians have long use the open land not given to farming to herd goats and sheep, and it is through this herd that a clan will gain the majority of their income. The meat feeds the family, the milk satisfies the children's thirst, and the weavers produce cloth from the wool. The fat is used to produce candles and torches, and from the innards, bow strings are made. The elders mix extracts from organs with herbs to produce tinctures that give strength to warriors, and virility to lovers young and old. Everything a clan could need is found within their herd.   Fortunately, the Duchy has two other sources of income. The first is from mining. The Iron Mountains surrounding the Duchy live up to the name as they contain a number of iron ore veins, as well as other ores. The West Mountain Guardsmany carved roads, tunnels, and passes giving easy access to the mines deeper in the mountains, the Order taking a cut of the mined ore for their own smiths back at the Alabaster Fortress. The range even holds a single gold mine, the location of which is kept hidden.
The second is from the silk trade, that the duchy has monopolised by the simple fact of controlling its only apparent source. Women from the 8 silk clanns set out into the passes, bundled in warm clothing and accompanied by a Ghost of the Mountain Guard, as well as captives taken in raids to carry the armfulls of torches. Around two weeks later their guide leads the women out of the mountains with packs full of cottony bales, that are taken back to their clanholds. There the stringy material is washed in vats, and heated to dissolve its sticky glue. Next, they comb out the strands and twine them into long threads. Other weavers will pay handsomely for Borgian silk, for it not only makes excellent clothing, but can also be fashioned into carapaces and padded gambesons for bands and cults. When treated, the fabric is incredibly durable and almost untearable, easily deflecting even the sharpest of blades and arrows.   The great River Dorie begins cutting its way through the Empire to the Glittergloom Sea from the Duchy, and is an important transportation and trade route for the populace during the later months when it is not to fast and rough with melt water. The rivers are high during such times, but of little danger to settlements due to their extensive system of dams and flood defences build up and maintained by previous Duchesses and Clann leaders. It is also along the Dories course that the Duchies best farmable land can be found, and is thus the most densely populated region.
Along with the many seasonal rivers that empty into the River Dorie, the Duchy also has a vast number of small but unusually deep lakes all around the territory, as well as a great many tear shaped hills who's bulbous ends point towards the Iron mountains. A common legend about the land is that they are the tears of the Khesums "Earth Mother" that fell the day she was taken from them.

There is a large proportion of Han-Azzi Khesum among the Borgians, that is to say they are a martial people, even among other Elanians; believing prowess at arms is their birthright and their duty. This mentality is reinforced by constant low level probing and raiding by neighbouring states, and retaliatory excursions for plunder. Like all northern Elanians, Borgians are famed for their stubborn ways. They are the last to admit that they are wrong, and the first to challenge an unworthy leader. Whilst those on the southern plains are less strident than their hill and mountain cousins, even they are considered coarse, arrogant, and controlling by the rest of the Empire. At their best, Borgians are staunch defenders of pride, property and traditions. Should an unjust tax be levied, Borgians are the first to march in protest, torches flaming and weapons raised. They can sometimes rally behind the case of a person outside their individual clan, particularly those of destitute war widows, orphans and put upon workers.
At their worst, Borgians are a fractious, intolerant group of individuals. Not only are they quick to mock those they see as foppish, dandified folk, they are also exceedingly suspicious of foreign influence upon their province.   Two Borgian customs have achieved a degree of fame beyond the duchy. The first is the Birth Sword. All Clann members are presented with a fine sword at their birth; it is supposed to be the first thing that they grasp. This sword is then hung above the babes bed until they are old enough to train with it. From that point, it rests on a rack beside their bed whilst they sleep. Most Borgian Clann warriors refuse to fight with any other weapon and do indeed seem to do better whilst holding it.
The second, more infamous custom is the Borgian "shepherd". As ever, a shepherd or shepherdess is trained to fight, and to also operate alone in the field for days. During such times, the flock may move and travel far, and the shepherd must follow, and if the flock were to travel into another clans territory, or even a neighbouring imperial state; the shepherd may see or hear some useful information to bring back home. If caught, he is but a shepherd, no danger to anyone. 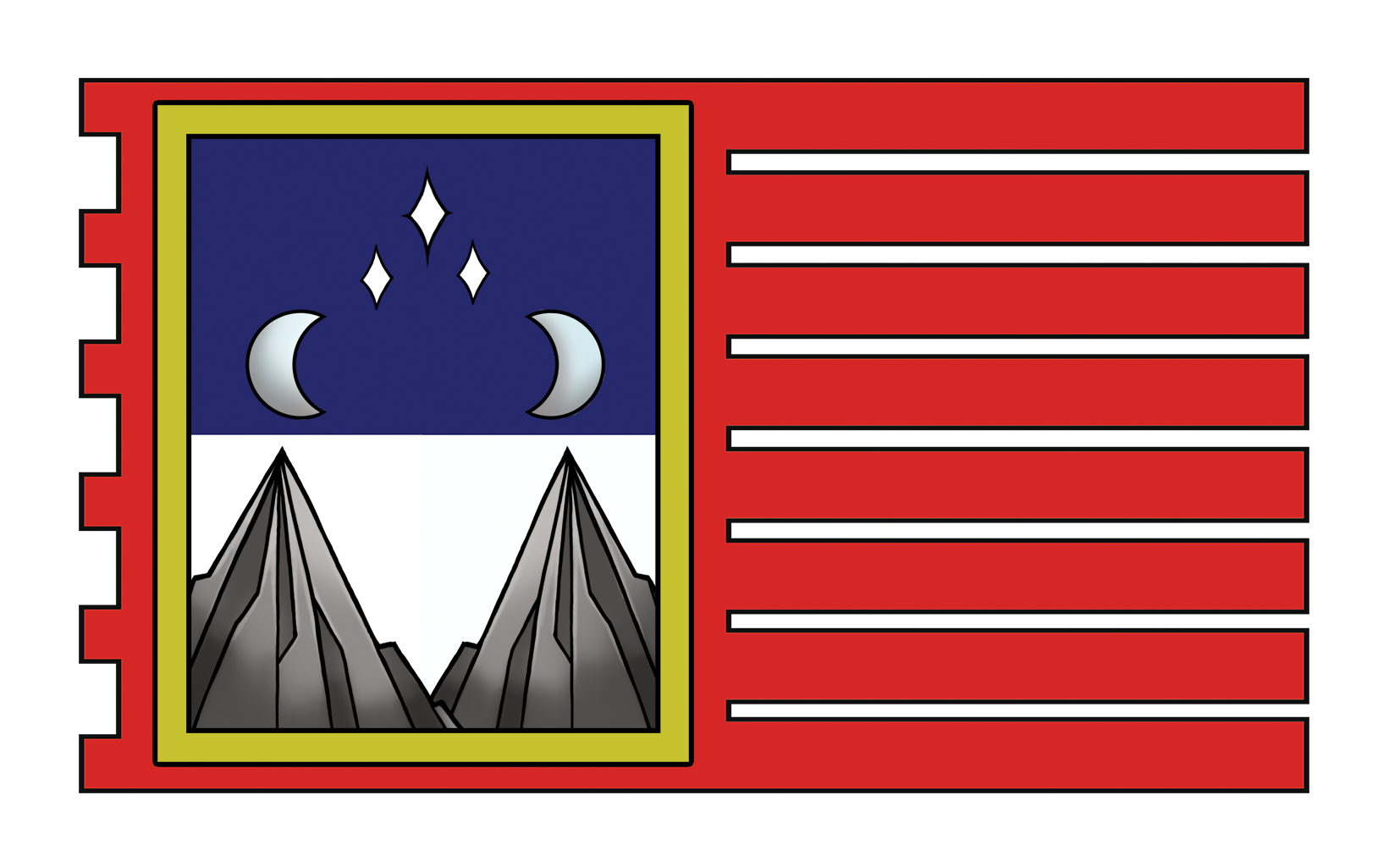 Monarchy with a supportive council of nobles and generals 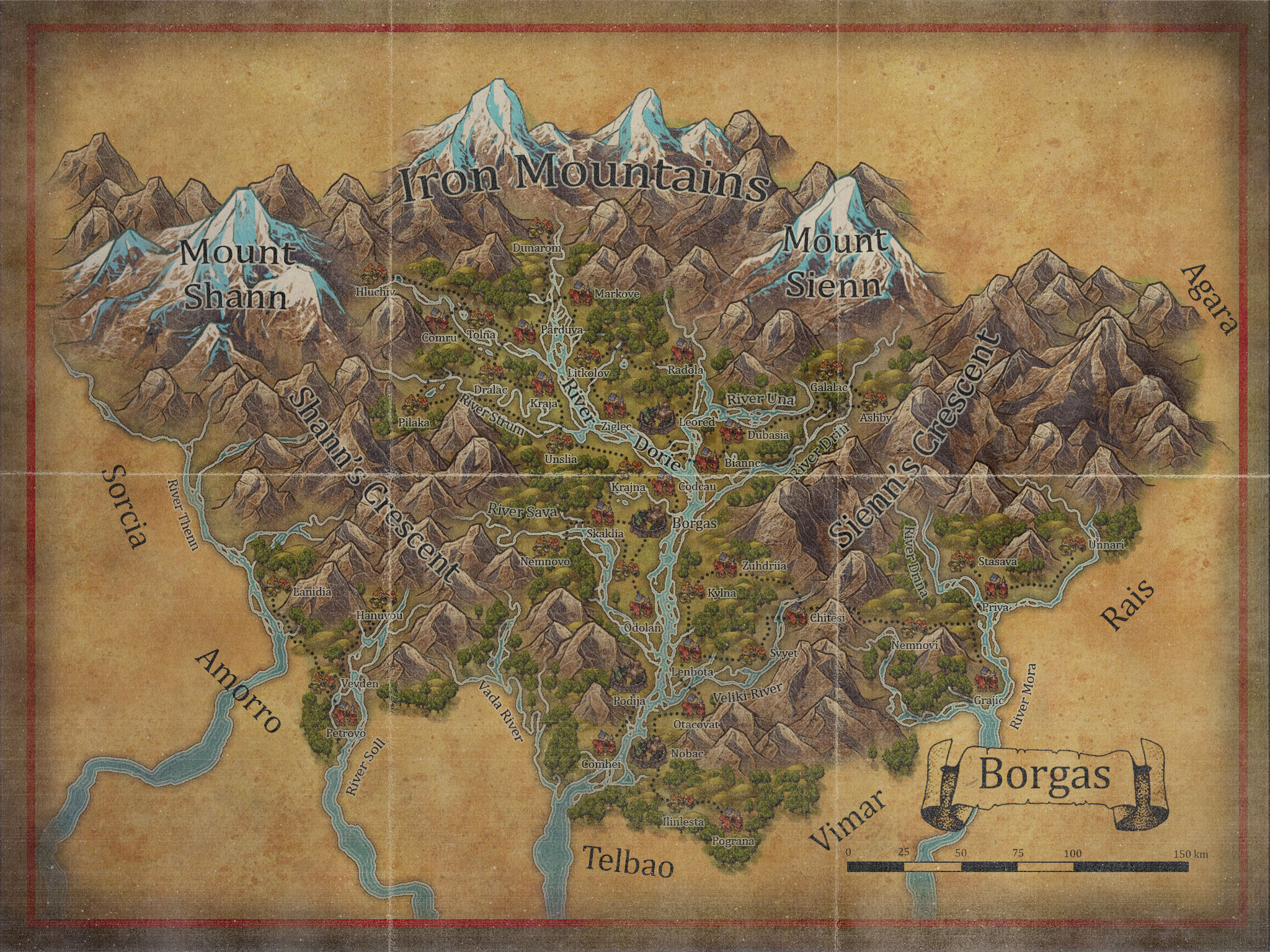