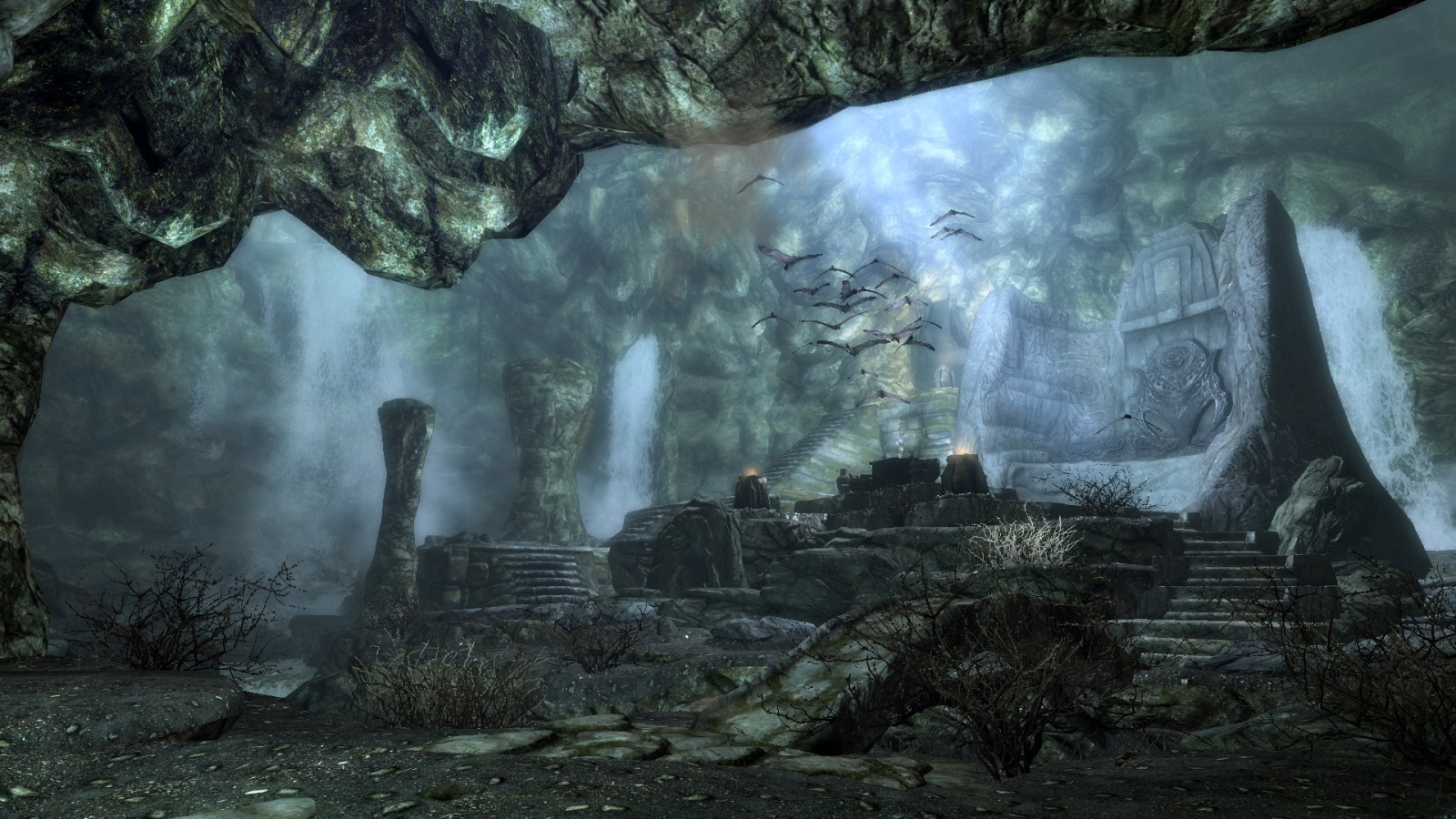 The war'fsss, like the Dwemer, had their own technology and designed constructs. However, they needed a reliable source of energy to operate them. After the West March (1500 years A.D. zero era), the war'fsss began to build cities and mines. The renegade islands in the underworld offered the dwarves a lot of natural resources. Among them, a lot of gold, silver, and sometimes large veins of aetherium. This was a very precious material, and rare at that. Their luck increased when they discovered in the dwarven capital Brazzenzgar (Bennant after their liberator and first dwarven king Brazzenzgar Ragrozsch), deep under their cellars and storerooms, the largest vein of Aetherium in all the underworld and perhaps all of Tamriel. As joyful as the dwarves were, they put even more work into the research. Since none of them knew how to work aetherium (the Dwemer did, but the War'fss could not bring any back to Underworld), they had to study and experiment with the material from the ground up. In the dwarven workshops all over the Renegade Isles, they worked diligently. One day in the Second Era, 1643 years after the Zero Era, a dwarven engineer named Achyfrak Raorach, through sheer curiosity, mixed crumbled aetherium rock with liquid gold and silver. Excerpt from his notes:   "...Today I managed to mix almost to dust ground aetherium rock with liquid gold and silver. Apparently, I have started a reaction of the materials. A bright glow emanates from the new material, and it has taken on the golden color. It seems to have cooled down. Tomorrow I will report it to our chief engineer. Perhaps we have finally succeeded..." Excerpt from: "Research on Aetherium"   And indeed, at that moment, a new energy source had been discovered. The engineer was given the honor to name it. And now the Holy Gold was born. It had the ability to drive gears and any kind of gears or pumps. Its energy was as inexhaustible as that of the sound architecture of the Dwemer, but with the big difference that it could also heal injuries and cure diseases. When the Dwemer learned this, they were beside themselves with rage. In the following year 1644 a.t. zero-era, they demanded that the War'fsss teach them this technique, since they had discovered Aetherium as an energy source for the first time. The War'fss refused, and the Dwemer never managed to find a way to Unterwelt.   Holy gold was used by the dwarves for almost everything in their cities. From cooling/ventilation systems and pumping equipment to combat, medicine and civic constructs, as well as swords and shields. Even the world stabilizer core was powered by holy gold.

Has the property of driving any type of gearbox through the heat/radiation emitted. Furthermore, in powdered state, with the help of water, it can produce a healing brew that heals many diseases and injuries.

warm up around 1 meter from the material, cold inside. the heat is not in the metall. its psychic present.

It is stable, and almost borders on inexhaustible.

Type
Electronic
Odor
smells like gunpowder, and even firesalt
Taste
Bizzles easily when tasting on the tongue, like a morning breeze
Color
Gold-color
Boiling / Condensation Point
2.376 C+
Melting / Freezing Point
35 C-
Common State
Is not naturally discovered, is made of Aetherium, gold and silver.