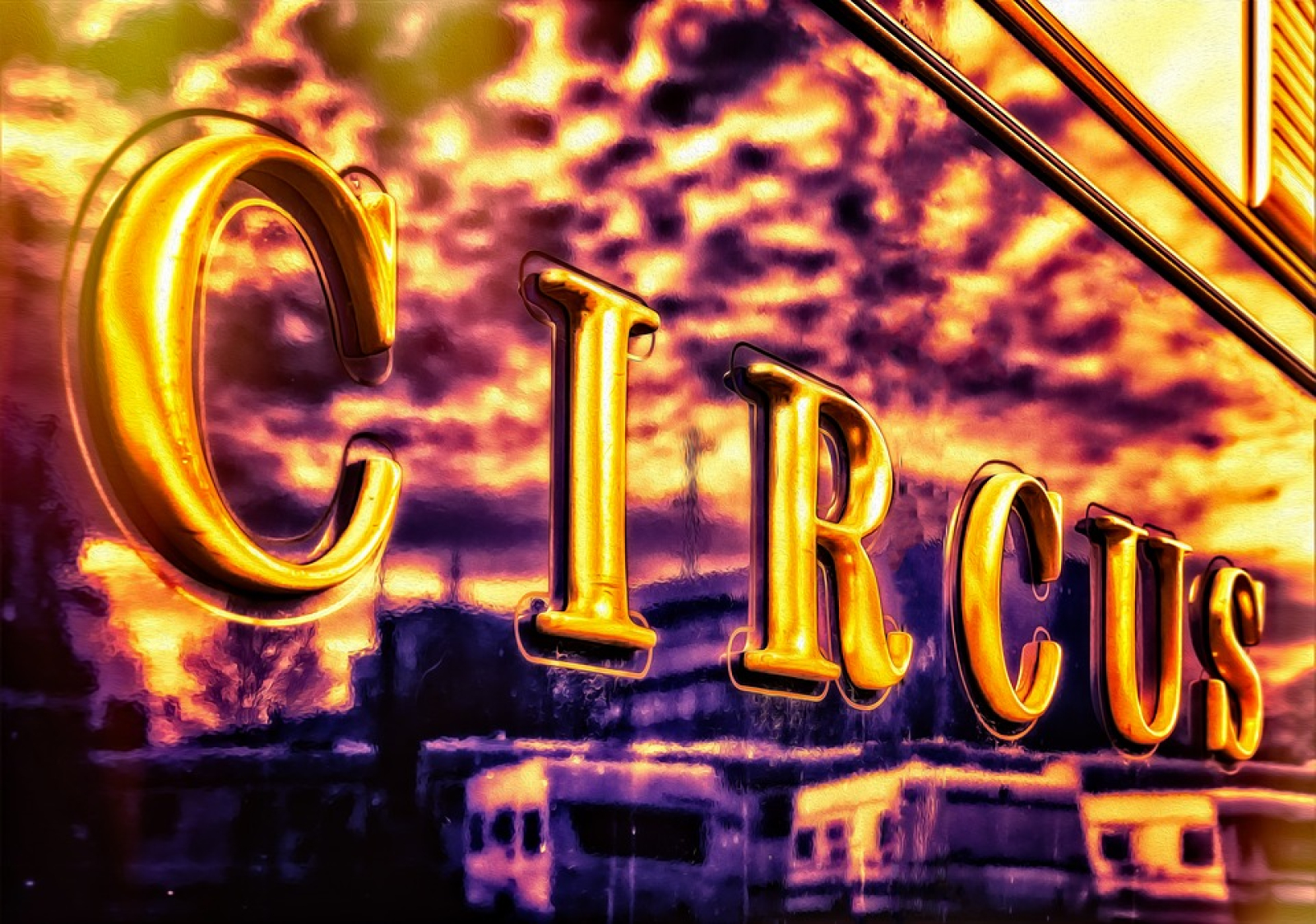 You never know what you'll find...

I had never seen anything like it in my life! It was a grand, huge building, decorated sumptuously on the outside with mythical statues (and a gargoyle or two). But it was inside that was more impressive. The Inner Stage can hold 80,000 witches; can you imagine? While I was there, amongst those 80,000 people, I saw the most whimsical human play called 'A Midsummer's Night Dream.' The next night, I went to a duel, and what a sight that was! There are rules, but there was blood everywhere, and I believe a few teeth as well. The pained bellow of the witch that lost was magnificent as it echoed through the area. The last day we went to the Zoo. Oh, the animals I saw! The phoenix was brilliant, but my favorite was the baby dragon from Ruthenia. He was tiny enough to fit in my hand, but it won't take long before even the Menagerie can't contain him!   --Excerpt from a teenager's journal who visited Ilyrium in the early 20th century

The Circus of Wonders is located next to the Menagerie in Ilyrium. It is a place for entertainment magic, magical animals, and at times, magical education. It has events on every day of the week, but not surprisingly, its biggest events take place during the weekends or at night.   Witches from all over the world are invited to perform at the Circus, and it is considered an extreme honor to be asked to do so. The most famous witches' performances are advertised months in advance and tickets to attend such events can be expensive.

Marcellus and Felicity, the love story for the ages! Written by famous playwright Quentin Peace, the play tells the story of star-crossed lovers who must fight against familial pressure to wed witches of similar Levels. Starring world-class actors Celeste Stone and Henry Thwaite, the play is sure to please the whole family. Buy tickets now!

Duels and competitions this weekend:

On Saturday, a duel between the fierce Hamish Porte and the vengeful Callum Green! Also, competition over complex weather spells between Owen Marsh and Lorcan Miles on Sunday. Bring an umbrella!

Special at the Zoo this month!

Come visit Aurora, a baby unicorn all the way from Gallia, and Salazar, an adolescent hydra straight from Ceres! In addition, please be cognizant of our dragon, Gregory. He is in a heat-protective area right now, but if you stand too close, be prepared for a sunburn.

The Circus of Wonders purely exists for the entertainment of the people of Ilyrium (although every once in awhile, a magical educational event may take place!).   There are three distinct sections of the Circus (please see below for more architectural information):

The only real alterations that have been done are improvements; for example, the Menagerie/Zoo area used to be enclosed but is now outside. It is important to the people of Ilyrium that the historic Circus keeps its original form and function. 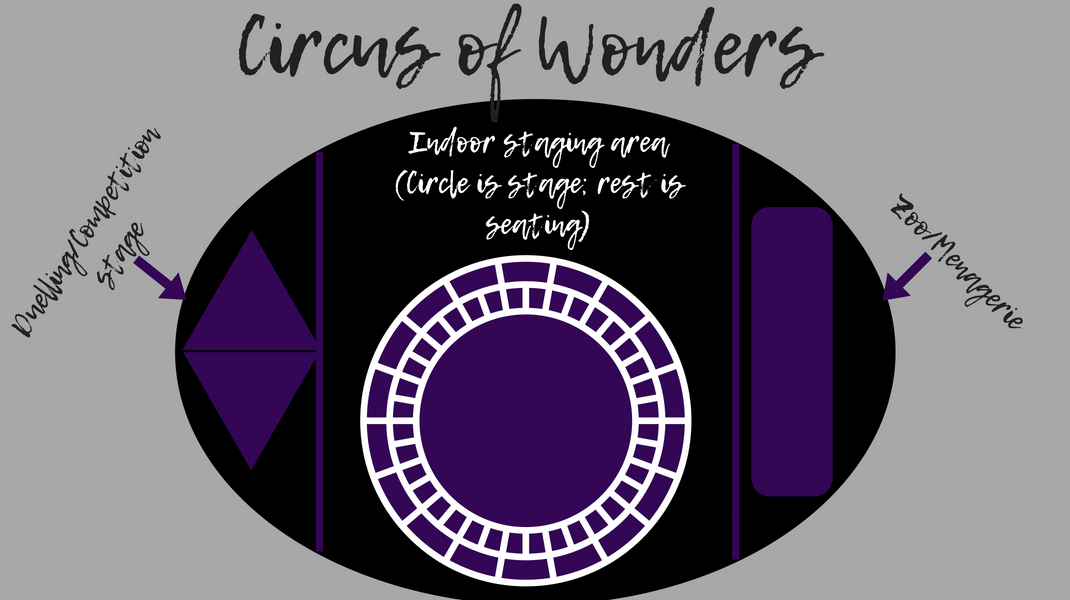 A rough diagram of the Circus's layout by Pyrrha

The Circus of Wonders was built in 345 CE by the presiding Council so as to provide a place for witches to be entertained and educated. Over its existence, the Circus still serves much of the same purpose.   It is owned by the Council, but most changes to the Circus (whether it be architectural or otherwise) must be put to a vote to the people of Ilyrium (thus illustrating its cultural importance).
Founding Date
345 CE
Alternative Names
The Circus
Type
Circus
Parent Location
Ilyrium
Related Professions
Owning Organization
Council
Related Tradition (Primary)

Answering: "Describe the most impressive landmark in your world."
Visit pyrrha's Competition Page Check all other answers to this prompt Competition Homepage

Written for Summer Camp 2018's prompt: Describe the most impressive landmark in your world.