Written by Vibes Of Euphoria

[Character reference: sandflakedraws. I do not own the artwork. An official reference, done by a commissioned artist and specific to this character, is coming soon. I do not intend to use this reference long-term or for any commercial value.]


Childhood: Born in a reindeer pasture to Indigenous Trevian Highlanders, specifically the Trevenaimin [what the fuck, rename this after you've finished your coffee] tribe that covers the north-westernmost stretches of the country of Trevia. Raised as a herder, calling Cape Heyderickx home but migrating between the lands of Trevia, Polariou, Tamrenaia, and Stemillit. As per tradition, zeir sister Jayine followed them to University in the Capital Peninsula, but Indy quickly dropped out and picked up a bartending job to encourage Jayine to go to school instead of zem.
Young adulthood Pt 1: Indy went from bartending to adult entertainment to sex work and eventually was hired by Prime Minister Tuell to work as a private entertainer. Very quickly things went south in their relationship and for several myelunds Indy had simply vanished, falling out of contact with everyone. Zey don't speak much of this time period. Payments in large sums were forwarded to Jayine during this period, paying for her University and living costs. Seemingly out of nowhere, though, Indy was brought back to the Capital Peninsula from wherever zey were being held and within mere lilunds Indy had murdered the Prime Minister, turning zeirself in at Allied Union headquarters directly afterwards, confessing zeir murder and pleading guilty of the crime.
Young adulthood Pt 2: Indy faced trial for the murder of Prime Minister Tuell, and zey once more pleaded guilty. Just a few lunds before Indy's trial, a new Prime Minister was elected: Norenfig Chaplin. This new Prime Minister cleared Indy of all charges despite zem pleading guilty and granted zem an internship for the Allied Union under the famed Intelligence Ambassador Malachai Fringe. During this internship, Jayine climbed the ranks of a private IT company before also being recruited by the Allied Union for her IT work. Both siblings were quick to sharpen their respective crafts and graduated from their internships into leadership roles. During all of this, the Allied Union faced several leadership disputes and eventually broke into a civil war. The country of Jakarta banded with the country of Stemillit and captured the country of Trevia, officially splitting from the Allied Union to form an Allied Federalism, enlisting the captured Trevian citizens to slavery. Now split into two separate forces, the Allied Union and the Allied Federalism fueded over the rights of the captured Trevians as well as the dispersion of traditionally Trevian goods and resources.
Indy felt that the Union zey worked for simply wasn't doing enough to rescue zeir people, zeir land, zeir traditions, zeir home. So, zey decided to do something about it.

Pointed ears, associated with the Trevian Highlanders . most of his race are self-conscious about their ears and attempt to hide them, but Indy takes extra care each morning to ensure people can see his ears as a way to show pride in his heritage.

Indy has a father, Reyn, who was captured and placed into servitude in the highlands of Jakarta. Indy sees him often and is working on paying for his release. Indy isn't as close to zeir other father, Coriander, and doesn't see zer often. Zey live in --, Polariou, with zeir current partner Linsey. Indy's sister Reagin lives with zer, in Rex Pass, and the two are tightly knit as siblings and friends.

Indy's family is half-Highlander, half-Emijentie (Colonist from Earth). They're initially from the province of Polariou, but the past 4 generations have settled in the northernmost tip of the Province of Trevia. The Highlander ancestors roamed back and forth across the northern pastures of what is now the country Berea, and the Emigentie ancestors came from a place called the United States (now inhabitable).

Indy was grown up in the Church of the Fire and Flood, but considers zeirself more so agnostic than anything, worshipping nature rather than a deity.

Is considered to be upper-middle class, though zey reserve a substantial portion of zeir income to put towards zeir father's bail. 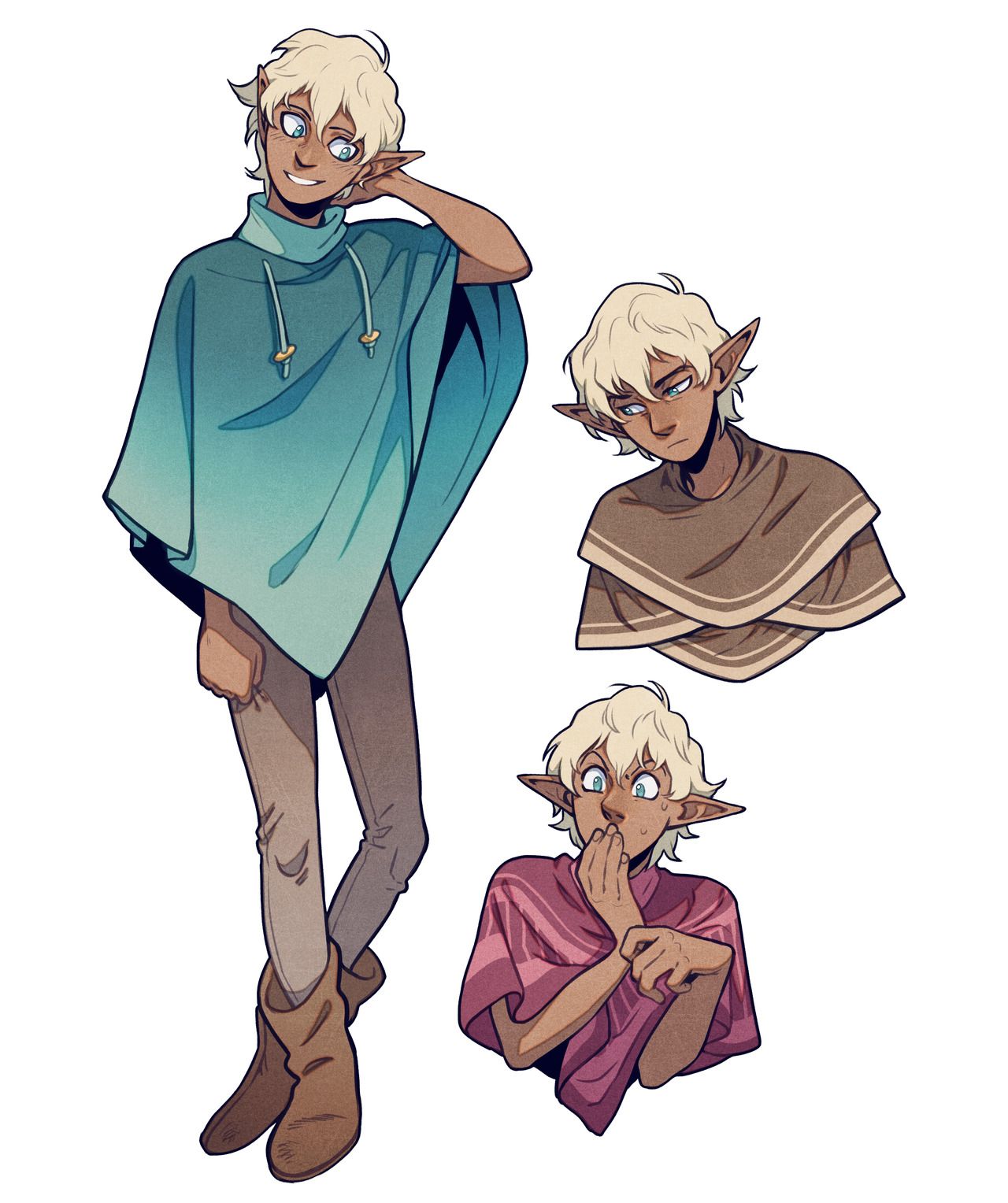