Weather, Seasons, and Timekeeping in Umqwam.

The great atawms gently dimmed and brightened, warming the nests below them as they did so. As if the gods had left behind these fruits to care for us in their stead.
— An awed dreamer

Umqwam, the great tree. Among its branches, various creatures carve out their lives. Be they within its several nests, within its very core, or clinging to life beyond these oases, they are each beholden to the natural phenomena of time and weather. 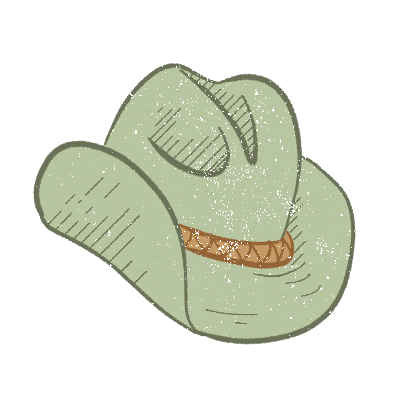 The fruits of the great tree, atawm, offer both light and heat to everything below. These fruits are spherical and yellow, said to be smooth along their surface— but few have ever dared fly so close. Fewer still have survived such a journey.   In a slightly staggered order, the atawm dim and brighten in 26 hour cycles. 14 hours of light, and 12 hours of darkness— referred to as the day and night respectively. These fruit are responsible for much of the weather within Umqwam, as well. Over the course of a 400 day period— known as a yapwaan, or year— the heat and brightness of the atawm wax and wane. This results in 3 distinct seasons; Umwaay, Qup, and Laatimaq.

The atawm are unmoving, and as such, in nests where the nearest fruit is not directly above them, one can live perpetually in shadow.   In hotter areas, it is not uncommon to find people settling within the shade of geographical features. Architecture typically accounts for this fact, as well.

There are no strict calendars within Umqwam, as the seasons are not punctual. Some years may be shorter or longer than others, but they are still seen as equal when recorded. Specific dates, when necessary, are recorded as "the x day of season." More often than not, however, events are simply known by the year and season they occurred within— sometimes specified as being early, central, or late within it. This often leads to things such as holidays being celebrated at different times by different settlements and households.

Weather is contained only within Umqwam's nests by some unseen force. Some believe that weather is the result of their ancestors and their moods, others believe they are predetermined creations of their absent gods, and a strange bunch claim that they are caused by entirely predictable changes in temperature, wind, and "atmosphere."   When asked what, exactly, an "atmosphere" is— they tend to wildly gesticulate, make swooshing noises, and walk away. Wind alone is still a mystery— does it come from the cosmos beyond? Is it alive? Just as many of the great tree's denizens fervently seek the answers to these questions as others go about their lives without a single care for them.

Look, I don' really care. The atawm get bright, and th' atawm get dim. Thas' all I's need t' know.
— An uncaring lounger

Every 10 years, each of Umqwam's nests are assailed by a powerful storm— known as the ku.   During the ku, heavy golden rain causes rapid flooding while terrible winds twist and turn into tornadoes. The ku only lasts 1-3 days, but it can often take years to recover from the great storm.

A rare phenomena, known as the deadwinds, can occur anywhere within Umqwam— even outside the nests. The deadwinds themselves are windstorms which many claim blow with the voices of the dead.   If one listens closely, they too, can hear comprehensible words in the gales.

OOOO an excellent idea. This kind of thing is super important. It took a moment to really get it. This seems far more about what is believed as opposed to what actually is, relying on real world implication to fill in the gaps. Hope I got that right. I also assume the fruit are the sun and moon? I love the mention of being unable to fully define atmosphere and understand wind. This is nifty, and i really like the thought that went into it.

It's a mix of both! The fruit are very real, very literal. I made sure to say "it is believed" or "some think" for the speculative bits— hopefully that clears some of it up— also looking at the map on the homepage would likely lend some extra clarity.   Thanks!

.... How on earth did i miss that this whole time! This world just got even more interesting. I had no idea XD

Hahaha, yeah! It's a huge part of why trains were such a revolutionary invention here, or how some nations can isolate themselves entirely.

I love how you manage to make even the weirdness of Umqwam a scientific possibility. Both the ku and the deadwinds sound like terrifying events.

Thanks! I wouldn't quite call it scientific haha, but at least it should make more sense now!