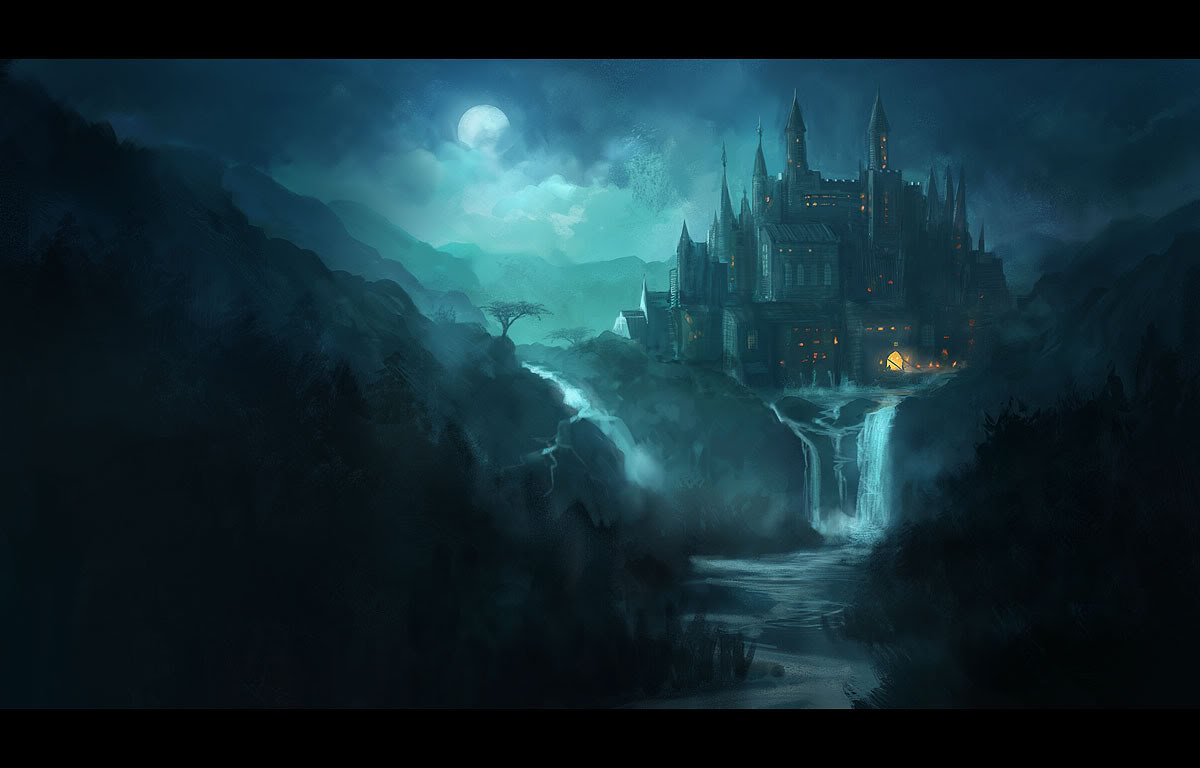 The Shadow Realm, inhabited by nocturnal people with bright eyes and misty robes that seem to be made of the night itself. It is a secluded, lush mountain valley, filled with dense forests and open hills, often covered by low mist from the swamp. Hundreds of years ago, the Shadows gravitated towards the natural vortex of magical energy in the center of the valley, and have lived there ever since. Umbragard is feared by neighboring kingdoms, because its citizens feed upon the essence of human souls, but Shadows are internally peaceful. Umbragard is a dark reflection of society, but oddly utopian. Its citizens indulge in all the dark temptations that are shunned by respectable humans, but they also value intense self-reflection and self-acceptance, and abhor corruption. Umbragardians live according to the Shadow Complex, reveling in their darkest selves, and celebrating the dark side of life in all its forms. Umbragard has three cities: Nighthaven, the royal city located in the valley, Windymere, located in the mountains, and Obscurus, an Underworld settlement. Its current monarchs are King Spyridon and Queen Hecate. Spyro is affable, a superb diplomat, and loved by his people. Hecate is feared throughout the Otherworld and the Underworld for her powerful magic. They are allied with numerous other kingdoms of nocturnal creatures, known collectively as the Dark Realms.