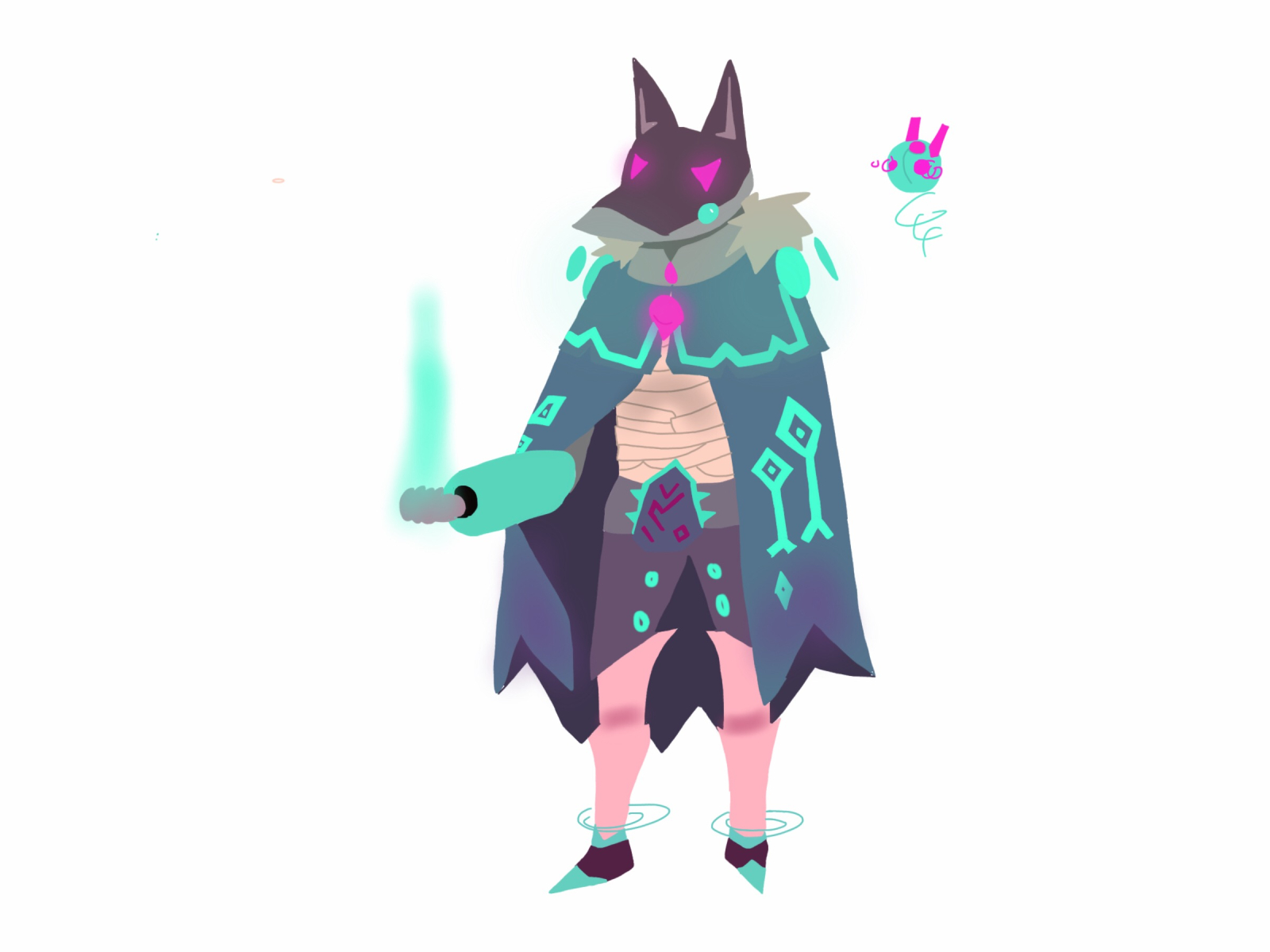 When the gods arose they had come from the Perfect Cell, a being that the Primordials placed on the world to grow. The gods were frightened by the prospect of more beings of their power and culled the cell, stunting its growth and creating lesser beings. The beings that grew from the Perfect Cell were called The Blemished by the gods, a term they kept throughout their entire history. The Blemished quickly rose to power as the Apex species of the world, and not after developing full sapience, discovered the Laws of Arcane Mechanics. Their natural connection to the Flow and their superb intelligence led to the quick beginnings of the race which would eventually spread across the world. In the beginning they made simple machines such as engines, however their knowledge of Arcane Mechanics grew exponentially until their first greatest invention, artificial intelligence. Powered by their magic they made small companions which each of The Blemished was tasked to create for themselves at their coming of age. These new discoveries expanded until they had reached the pinnacle of their creation, The Titans. The Titans were colossal creatures that were Half Biological and Half Arcane Mechanical. Their true purpose for creation is unknown, however many believe they were made as deterrents for potential future encounters. The Blemished existed for long after, until the gods acted upon their growth. When they culled the Perfect Cell the first time they added something specific, a gene which would kill the entire race once activated by the gods command. Unexpectedly to The Blemished, the gods activated the kill switch and killed them off in one foul swoop, leaving their civilization to fade into the eons.

The blemished share the same structure as modern humanoids, however they shared a small portion of the power gods held and thus were more efficient at everything than modern humanoids are.

The Blemished are most comfortable in tepid regions, however they quickly adapt to whatever region they are currently in.

The Blemished eat the same generally as humanoids, however they eat much less and get much more nutrition from their meals.

They were dispersed all over the world.

All of The Blemished were fairly more intelligent than the average person currently.

Since Hyperian only has the letters; a, o, b, h, c, d, t, e, u, f, v, g, k, i, y, l, m, n, and p, their names consist as such. Names aren't gender specific and consist of the following makeup (Name) the (Specific Occupation). They also tend to be one syllable long and under 5 characters. For example an individual could be named Eud the Engineer. A list of example names are; Eud, Ommp, Khep, Tovg, Bengd, etc.

There is one major organization that ruled The Blemish and that was the Workers Council. There were three factions on the council, the scholars, the laborers, and the militia. Each of these factions had multiple individuals as representatives. They voted on the important matters of their race. Most meetings went by vote and the way the common people got involved was by discussing with their representative about their needs at the time.

The Blemished had no beauty ideals as the race wore masks and deformities never happened.

Both male and female Blemished excelled in all fields together and thus no discrimination happened normally. The only time gender ideals are put in place is when a female is pregnant, then they are barred from major physical labor as to not harm the child.

A person who matches ones own ideals and enjoys the company of the other individual.

Same as courtship but on a level where they wish to spend the rest of their days with the other.

The Blemished learned the laws of Arcane Mechanics very early on in their conception and achieved things such as artificial intelligence for their more advanced creations among other things.

The Blemished used their own language known as Hyperian.

They commonly were friendly towards other people when not doing their work, however when doing their job they prefer to not be disturbed and will become irritated quickly if perturbed often.

Both genders typically wore masks and long cloaks which varied in color depending on their position. Blue were swordsman, fuchsia were gunners, white were scientists or scholars, orange were engineers, blue/green were scouts, and purple was manual workers. Some cloaks are specific to the individual however, such as The Librarian who dons an Ochre coat.

The Blemished are very attached to the creations of their family or their ancestors. Anything that has been made by them is something they keep dear.

At the age of 20, before they enter into their occupation of choice, each member of The Blemished spend a week creating whats called a Sohb in Hyperian, which directly translates into "to help" or "helper". These bots are completely made out of Arcane Mechanics and are semi sapient, being able to think and move by themselves but are bound to their creator.

Being a lazy individual or not doing your job was an offense and could get you banished. This however happened very few times over the long rule they had.

As a people of science, The Blemished did not believe in myths or legends or they proved them to be real.

At the time the blemished were inhabiting the world there was no other sapient races.
Genetic Descendants
Scientific Name
Homo Sapien Maculos
Lifespan
180
Average Height
6'3" Feet
Average Weight
160lbs. for the non labor intensive workers and 180lbs. for the labor intensive workers.
Average Physique
The Blemished kept a fairly thin body figure as they ate lightly and kept fit no matter their job.
Body Tint, Colouring and Marking
The Blemished don't have a standard skin tone and have any color possible as a potential skin tone.