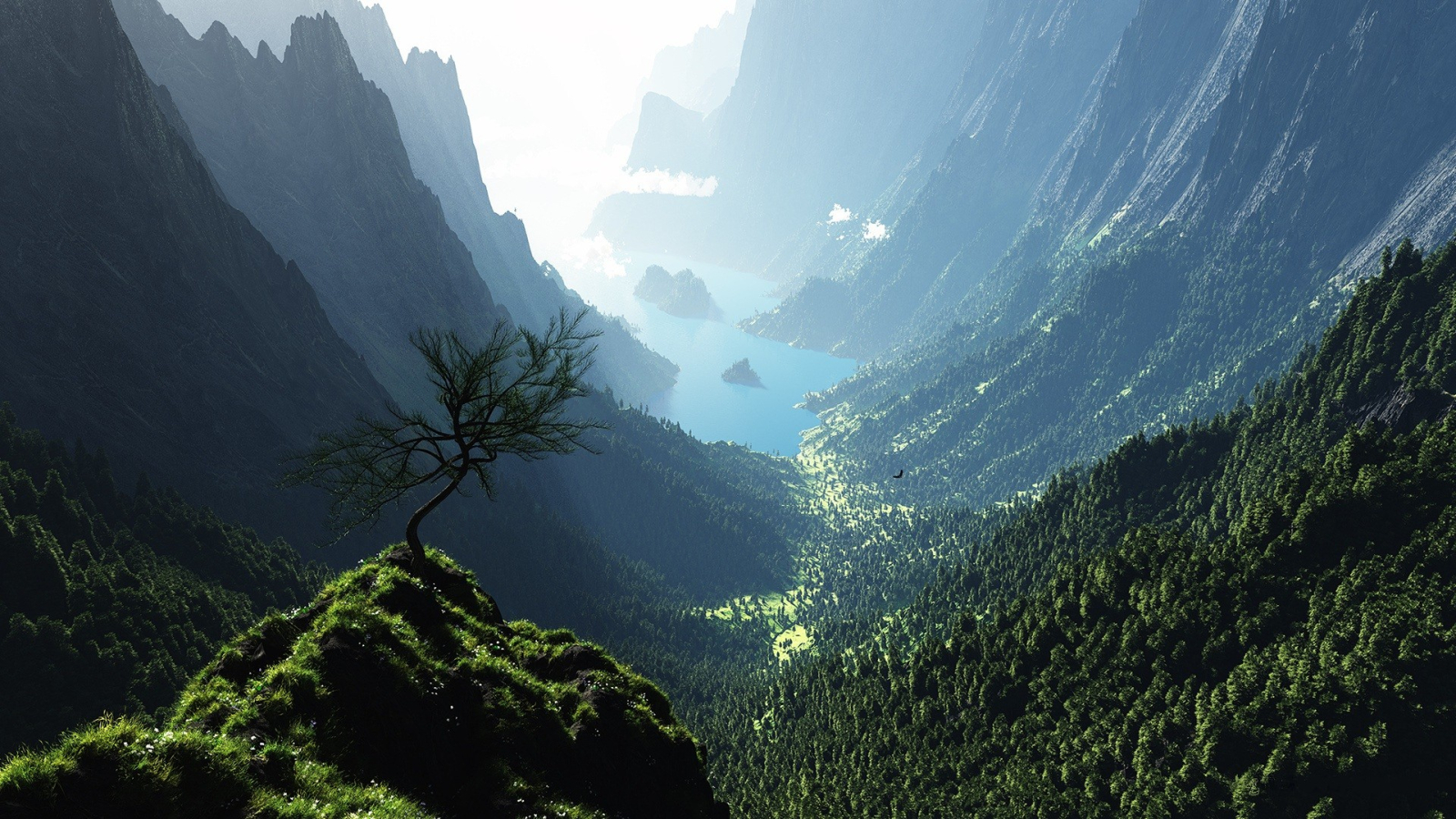 The Bridge of Middle Ground

Imagine, if you will, the biggest single statue you've seen in your life; now imagine what would happen if that statue suddenly grew several tens of stories high, but still held the flow of almost real movement as if it was the product of a master artist. This is only a portion of what you would feel if you came to see the Colossus, for she is magnificent in all ways, her clothes show wrinkles and depressions as if they were truly worn out, her hands are battle-scarred, her expression fixed with determination, her hair a beauty to admire. Most important to note, however, is the very way she holds herself, one of the biggest questions behind the Colossus is how anyone would've fashioned a statue in such a way without anything go to ruins due to the unique placement of it all. The purpose of her location is questionable at best, but I should like to think it is to help her keep her balance, as one foot is stuck in the wall behind her and her staff is forever attached to the peaks on either side of her. For now, I am grateful there is a fast and relatively safe passage through Middle Ground so that I may continue my journey to Veritas.
— 304th Entry in Professor Mourningfaun's Notebooks #2

The 'architecture' of the Colossus is unlike anything else on Ultimus, while she does appear as any other ordinary stone statue, upon face-to-face inspection the curious will soon discover that there are no signs of any carving whatsoever. Her surface is rigid with many types of animals take shelter in her flesh, what makes up her skin is somewhat brittle to the touch, for anything harder than a light pat will result in a thick coating of dust-like minerals to coat you. Her bo-staff is another matter though, for the staff is much smoother than the rest of her body, it is made from an unknown yellow-gold material, not of stone or mineral but also not like any metal or wood that is known.

There has been a widespread debate over who gets to claim ownership over the Colossus, the Island in which it stands, the Paragons who own the sacred land it was found, or those places in the world who know her religion and who regularly devote themselves to the practice of it all. 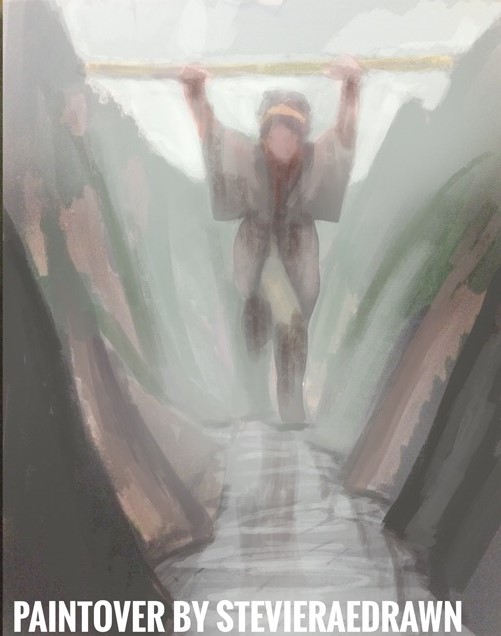 It is a widespread belief that the figure who is now known as 'Colossus' was once a real person living and breathing and walking amongst the people of Ultimus.
Type
World wonder
Parent Location
Middle Ground

Theories on Her Placement

On any level, it is weird that a statue of a proposed deity would be found on a closed island, far from the place where people know who she was and is devoted to worship her. No one can give a solid explanation as to how this happened, but there are old folk songs all around the world that hint at the Island of Tod being a home to all sorts of mystical and divine beings, protected by a single woman of remarkable skills. This woman, many enthusiasts suspect, could be who Colossus once was, a protector of other beings to the very end. Which would give a little insight as to why a, well, 'colossal' statue of her is located on the Island of Tod, with a fierce look in her stone eyes and her bo-staff raised high above her head, almost like she was about to deliver the final blow in an epic battle.

Answering: "Describe the most impressive landmark in your world."
Visit Aeterno's Competition Page Check all other answers to this prompt Competition Homepage