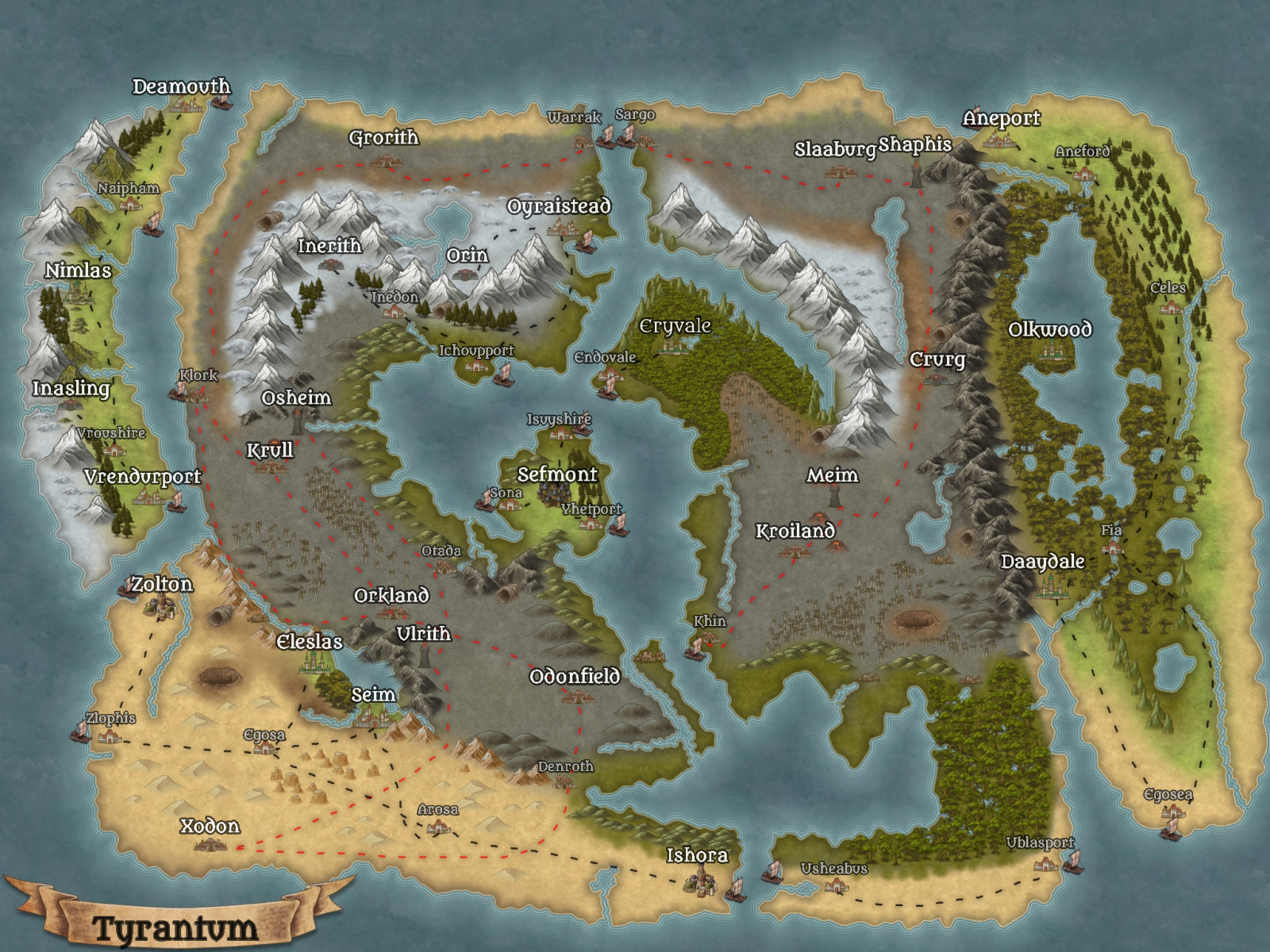 A pirate group called, The Sea Swords, was formed after the Navy of Sefmont was disbanded to allocate more resources to the land locked war. Given their love for the sea, they refused land based jobs and were left with nothing. Sefmont began to carry out the dismantling of ships to send the materials inland. Feeling betrayed for their service to Sefmont, The Sea Swords joined together and stole what was rightfully theirs. They loaded a ship with weapons, armor, and supplies and sailed off. This ship was known as The Red Cutlass, a name to spite the leaders of Sefmont, whose insignia was a white shield. Sefmont had no proper response to the theft and posted bounties for the destruction of the ship.

The Red Cutlass reigned supreme and successfully fought off anyone who tried to take them on the Sea. Winning sea battle after sea battle, they began to amass supplies and treasures. Rumors began to spread and envy of their treasures rose. Other groups began appearing and conquering the seas. Some of these groups stayed true to the law and became privateers, others enjoyed the freedom. The Sea Swords heard word of Sefmont's use of privateers and began hitting those ships and disrupting trade lines. The Red Cutlass of course lead the charge. Once inspiring the privateers to take to the seas, The Red Cutlass soon became the villain.

The battle carried on for hours, The Red Cutlass surpassed all the ships in armaments, however, the privateers had the advantage of surprise. After taking down two of the four ships, The Red Cutlass finally succumbed to the wounds is sustained during the battle and tried to retreat. Seeing this, the two Privateers ships loaded chain shot and took aim for the mast of The Red Cutlass. The shots hit and the Red Cutlass lost all momentum. Knowing the battle was lost, The Sea Swords abandoned ship. The Red Cutlass sunk and everything on board was lost to the sea. Many adventures have tried to find the wreckage and claim the lost treasures and stolen goods.


Remove these ads. Join the Worldbuilders Guild
In response to the prompt Tell us about a famous wreckage in your world. What happened to it?