Awemonth the 20th, Year 50 of the Century of the Nymphs, 26th Cycle
Taegrin is still mad at me, so half the time I ask him questions, he slams documents of Reagan on my desk. And then he hides behind bookshelves and makes sure I'm working on this. So, I guess there will be a lot of comparisons to Reagan, as that is what I have to work with.

Apart from his KLO identification photo, Taegrin shies away from photos. But he does try and get many pictures drawn of him, so it's not that he doesn't want to have his face in history, but this is just part of his obsession with Reagan. Also, Taegrin has not often wanted to be in photos directly, but tries to always be doing something in the background of so many.
(Insert Mimi drawing of Taegrin) (Insert an image of Mimi with Taegrin blurry in the background) (Insert a KLO related photo with Taegrin weird pose 'working' in background)
Reagan has a number of photos and pictures of himself, but they are all so different, particularly with the depiction of his face (probably because he has always got his head down and working.) There are a number of picures of him here though. 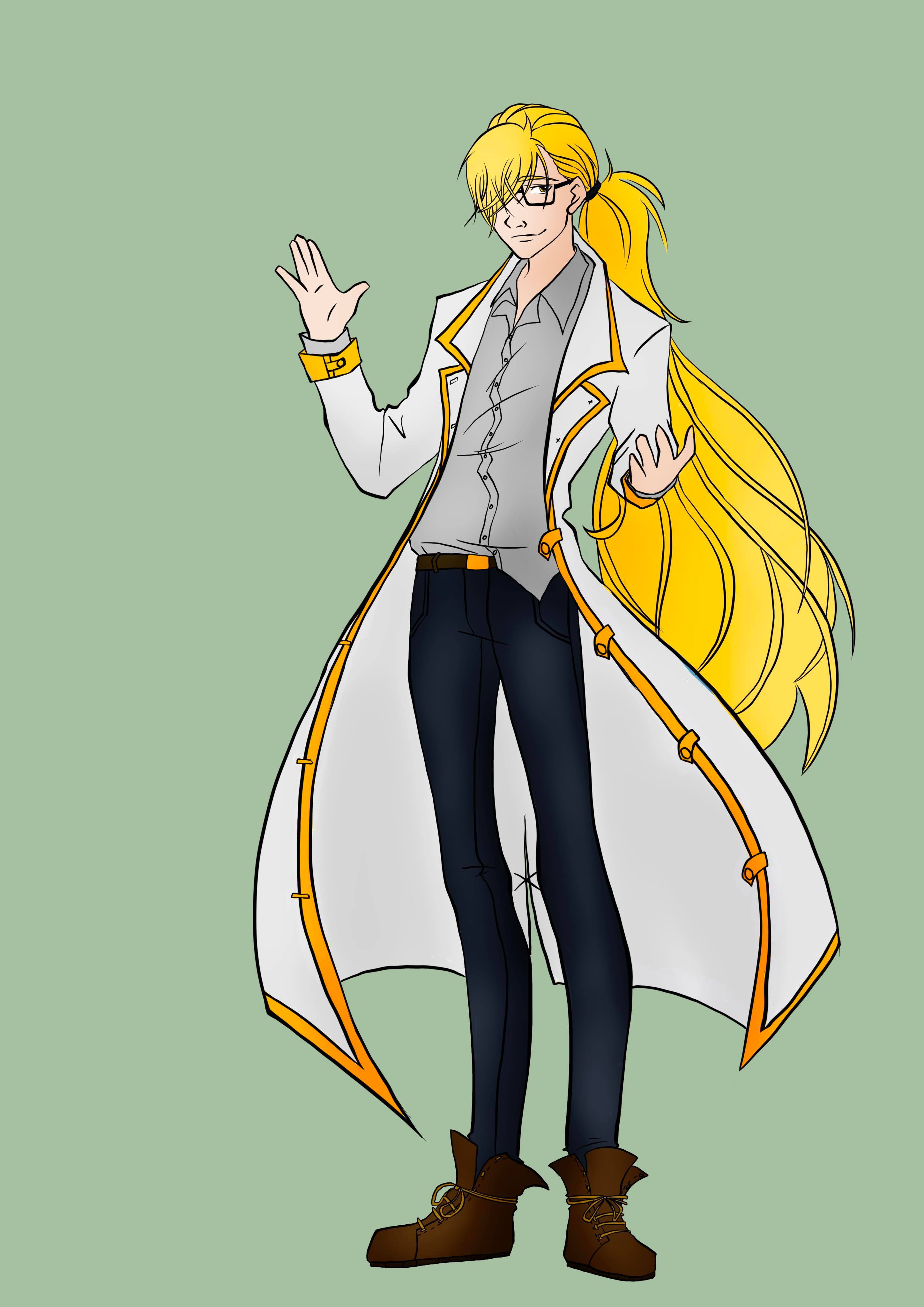 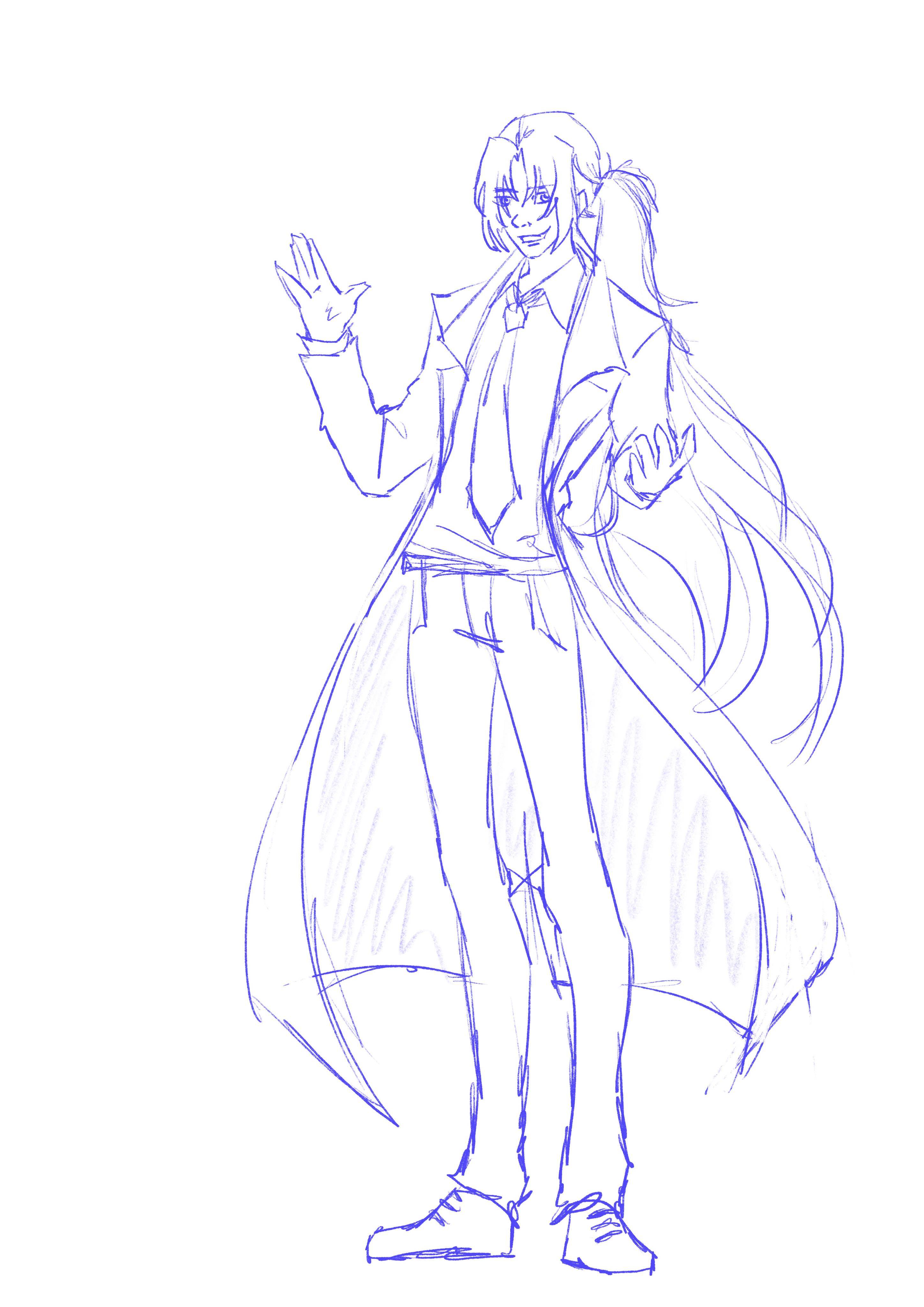 by AvalonCollierArt
(Insert image of Hoen's drawn image of Reagan, sleeping, with notebook on face and Hoen's doodles of moss etc. plastered all over him) (Insert an artbreeder image of his face)

Both Taegrin and Reagan have been enamoured with studying the details of Turien since they were young. Can they find new things? Can they explore what is know to another degree? Although they do seem to differ in that Taegrin likes to show off his interests and intelligence, whereas Reagan simply moves from one topic to the next for as long as it captivates him. Taegrin is much more persistent. Well, they are both persistent, but it is where that persistance is directed. Taegrin will continue to delve into a topic until he can delve no more (or is forced away). Reagan, however, persists in following his excitement of a project.
Teagrin first recieved his proof-of-family artifact (that only High Nobles have) when he was 10. Even though Elves start school earlier than ten years old, only those (within High Nobility) who show to be ambitious or hardworking (or at least not lazy when push comes to shove) are given an artifact to show off their lineage. Ten years old is the earliest age for this to apply; there is no upper age limit. For Taegrin to be able to recieve this at the earliest chance he could, his family wasn't surprised when he was curious about the scale it contained, and his subsequent studying of dragonfish. From here, he found research on dragonfish by Reagan and then sought out as much of Reagan's notes as were available to him.
Taegrin's family had a large library, and so did the school he went to (as it was attached to the Royal Library). As he showed ow studious he was at a young age, the KLO-Librarian kept an eye out for him, and helped him many times. Upon Taegrin's promotion to KLO-2, he will also have a small apprenticeship ceremony with said Librarian. Although they are informally apprentice and master, as there are many branches of work a KLO could work in, Taegrin's apprenticeship won't be formalised until his promotion pathway is secured.
Taegrin has not been particularly concerned over his 'unofficial' apprenticeship status, even though it is rare at his age. When I asked him way he wasn't concerned, more about Reagan was slammed on my desk. Reagan himself was never an official apprentice. Although he did have a Bread Baking ceremony, it was not recorded in the town's news (which is apparently what makes it formal). Reagan did have a few 'unofficial masters' but did not stay long enough with them to make it official. He learnt what he was interested in from each one then went to the next. One of his masters was the current KLO-Librarian's predecessor, and another one was the current KLO-Librarian's father.

This will be a short section.
Taegrin's family has a large network of acquaintances, but Taegrin himself has been too busy chasing after research and Reagan that he rarely gets invited anywhere outside of 'family' events. This suits him fine. He does have a younger Elf friend, whose parents are shoemakers, and a Dryad aquaintance, but he doesn't mind not seeing them for an extended period of time, I guess. He doesn't talk about them much.
Reagan has Hoen. He is another one of those who don't see much of anything or anyone outside of work. That's probably why he left the Elf Kingdom for a weird hut in a random place in the Great Forest. Hoen secures the top entrance, and has spread posion around the place while she is waiting for Reagan to come back. I wonder if she makes cookies while waiting for him? Maybe we could share recipes (I now have a few with the latest Spice selections).

Taegrin comes from a prosperous family of the Forest Elf High Nobility. The Altus line are desended from an early Council member, Staylinus Altus. His first Council term was the term just before the first Forbidding, but he was the second Elf to have a second term. Most of the longer lived reaces will have a single Council member serve a number of terms, though there will be others of that race that serve terms between any one member's next term. Staylinus served 15 terms.
Eves are funny in that they value both lineage and achievement. Their lineage shows off the acheivements of their ancestors, as shown in the amount of white their hair has. As one increases their achievements via magic, their hair gets whiter. Those serving on the Council have whiter hair quicker (and purer) than other Elves due to Forbidding. So, Taegrin is both proud of his heritage, but also bound by it to achieve great things. As a researcher, it may be harder to increase the white in his hair, unless he also serves on the Council as representative of all Elves.
Reagan's brown-grey hair demonstrates this slow magical achievement. Unless he or Hoen die it. The Wunder family line are not 'famous', but they are part of the nobility, so they are still respected. Without such an achievement as many ancestors serving on Council, or whatever secret thing the Forest Elf Royal Family does, it is hard for any family to produce bright white hair. Many of the Elves on the outskirts have grey or yellow hair when they have centries of achieving well. The brighter one's colouring is, or the closer to white it is, the easier others have of believeing you are working well, are trustworthy and therefore a valuable member of society. The more 'valued' you are, the easier it is to gain resources needed in order to achieve more.

It is easy to forget that Elves value hard work where Nymphs value play, especially where Taegrin and I are still so young. But he is an Elf, and they regard the work they do for Turien highly important, and necessary to live in their society. This also shows how great Reagan's research must be if he is so well known with such dirt-coloured hair.

I wasn't hiding! I just just checking on her every so often, that she was doing her work properly. And, I'm not obsessed with Reagan, I just admire him, is all.
I swear she went through all her photos and found the most ridiculous ones of me on purpose.

Just because you are upset with Mimi, please don't make me your note partner. If you want me to give you a decent report in your upcoming promotion evaluation, leave me out of your fight.

I can see that you have worked hard on this and tried to understand Elves as a whole, in order to see where Taegrin fits. It is a good effort.
Although your conclusion is more fleshed out, if you haven't mentioned the difference between Elves and Nymphs earlier in the report, it's not a conclusion, but a reflection. This is also okay, but please label accordingly from now on.

Do you understand why Taegrin is upset that you lost his artifact, even if you found and returned it?

A little bit. But, why did he lend it to me in the first place? He knows I cause trouble.

*Sighs* ... There's really too much to comment on right there. But, a little less trouble from you would be appreciated.

Eheh ~ I can try ... maybe ...
Council Notes
Suggest to have Mimi and Hoen share recipes - maybe Hoen will open up to her, instead of simply insisting that Reagan will come back soon and chasing us off.
Would not know why Reagan would die his hair darker, as it would only hinder his research, though I also wouldn't put it past him.

Answering: "An Explorer, Researcher or other character motivated by discovery."
Visit TaraFaeBelle's Competition Page Check all other answers to this prompt Competition Homepage