Knight Commander of The Wolfpack

A knight-errant from Albion who surfaced in the Mōri Independent Tournament as a competitor. Possessed of a reserved, serious disposition, he conducts himself skillfully in combat with a lion-crested sword and shield. His history and previous allegiances remain unknown, but he has some connection with the demon Haures, and has joined alongside her to offer their services to the Hashinara for a time

Towering over most men Maxim stands at 6 foot 6 inches. Throughout his childhood and into adulthood he has constantly trained his body to survive the harsh life of a Mercenary, in doing so he has forged his body into the ultimate tool for combat, sturdy enough to take attacks that would kill others, yet strong enough to wield his growing arsenal of weapons, including his trademark weapon the enormous two handed sword.

While he would be considered attractive to many, this point becomes moot due to his constant scowling and intimidating gaze gives, scaring away any interested onlookers.   Though many may not see anything other than the anger in his eyes, when alone and free to his thoughts his gaze softens, appearing to be searching for something he has lost, or perhaps never had but wished for.

Focused solely on improving his skills to face anyone he encounters, he has learned a few techniques to assist him. Along with his allegiance to Ira Sathana and the gifts that bestowed, he is one step closer to completing his vengeance.

Originally adorned in armor he had crafted in the appearance of a jet black wolf, Maxim is now often seen in regular armor, or in the cases where he deems fit he will surround himself in the Hostimentum, which he received from Ira Sathana.   Maxim is usually seen carrying his enormous two-handed sword with which he has had with him since his Mercenary days.   Maxim since being forced to Japan has collected a bit of an armory for himself, carrying the long sword gifted to him by Kimaris the Archdemon of Pride, which upon taking in the soul of Hokku Kamui had transformed into Hokkuken.   He also carries a weapon of intimidating appearance, the Deathlord Buster, which he retrieved from the dead hand of Deathlord☠Troxiom upon his defeat.   Thanks in no part to the selfless action of Ryūzaki Sanosuke, Maxim was able to obtain a vessel to store the souls of the dead, for a reason he would not reveal. Receiving this gift while no doubt for a noble cause... will come along with countless slaughter as he fills the Vase Vitae with souls.

Having grown up with no parents, and the constant abuse, Maxim always feels the need to go above and beyond to prove himself. Maxim is also overly trustworthy of people, and it has lead to many events that have shaped him into the person he is now.

Maxim while seemingly without a moral compass or honor, has his own brand of honor, and will do what is needed to get whatever job he is given done. Maxim believes that strength is the only thing that matters in life.

Kitsuno originally used Maxim as a vehicle to secure a high-ranking position within the Hashinara Clan, but since has grown to truly respect the man.

Gorōzaemon was moved under Lord Maxim's command along with Shōemon, but had only a professional relationship with his commander during their short-lived acquaintance.

Ishinomori Naho was assigned to Maximum Force under General Maxim, but the two worked together in only the barest sense during Maxim's stint as commander.

Shishikura Makiko was assigned beneath Lord Maxim but did not form a relationship of any kind with him during his brief stint as commander.

Shōemon was part of the forces Maxim led on an assault of The Palace of the Firebird, but she barely got to know him in his brief stint as commander of Maximum Force, only witnessing his rash acts on the battlefield. 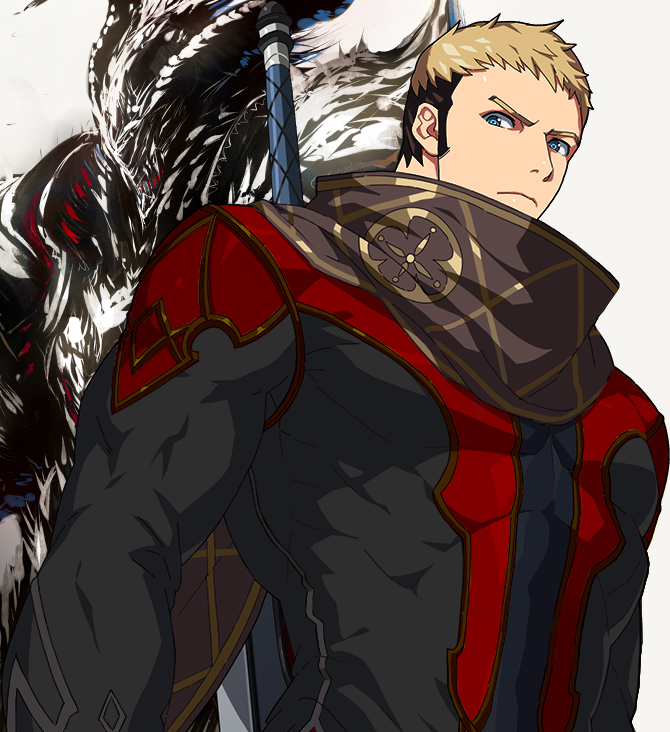 Vanquisher of: Slayer of: Slain by: