A general formerly under Akechi Mitsuhide who continues to serve as one of the Oda Clan's high-ranking officers. He until recently also held the distinction of being owner of Kusanagi-no-Tsurugi, the legendary blade of Yamato Takeru, and one of the Three Imperial Regalia of Japan. He lost it in a duel, as such things tend to go. Still, his charismatic demeanor and battlefield experience make him a valuable general even without such an artifact at his side.   Nagamasa is in fact the vassal-daimyō of his own clan, and expanded his power by marrying into the Oda family through Oda Nobunaga's half-sister, Oichi. The Princess herself reciprocated his advances, and the two have quite a close relationship. 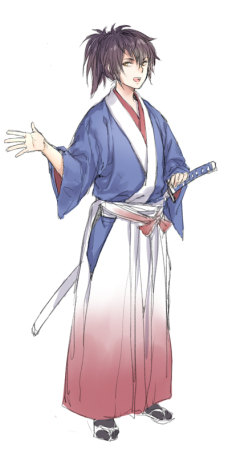 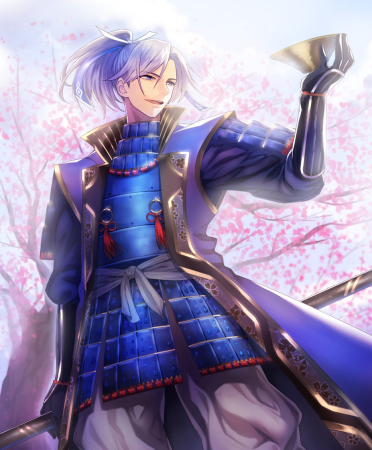