When the walls came and the kings ascended, the realms of Trisad were meant to be equal. One family rose above all others, leading the land of Cré with them. Cré has risen above all others, a position that the Hellish King will not fall from.
— Unknown

A fledgling kingdom of lush green hills and deep, towering forests, Cré had survived much in its less than century of life. The realm of Trisad was plagued with wars that reached far beyond the time of any alive, marking the various lands with scars deeper than the canyons of elsewhere. The lack of battle scars is what made the Kingdom of Cré and its land unique. Its lush hills and forests showed the signs of old burns, but the regrowth easily hid the remnants of wars old and new. In a realm where all is war, Cré showed none of the war-weariness that so often defined the four countries of the Trisad realm.   What is now known as the Kingdom of Cré once only existed as a province of Trisad, a land of fertile earth and mages of the same persuasion. Trisad was known for its mages, those of fire, water, earth, and air. The provinces drew the lines between the mages, but deeper lines would be drawn at the end of one of the great wars. A century prior, the Great War was ended with the drawing of the boundaries, marked by the Walls of Spirad. These walls separated the once united provinces of Trisad into four great kingdoms, each containing their own elemental mages. The earth mages aligned with the Kingdom of Cré, making their homes in the lush land that Cré had to offer. 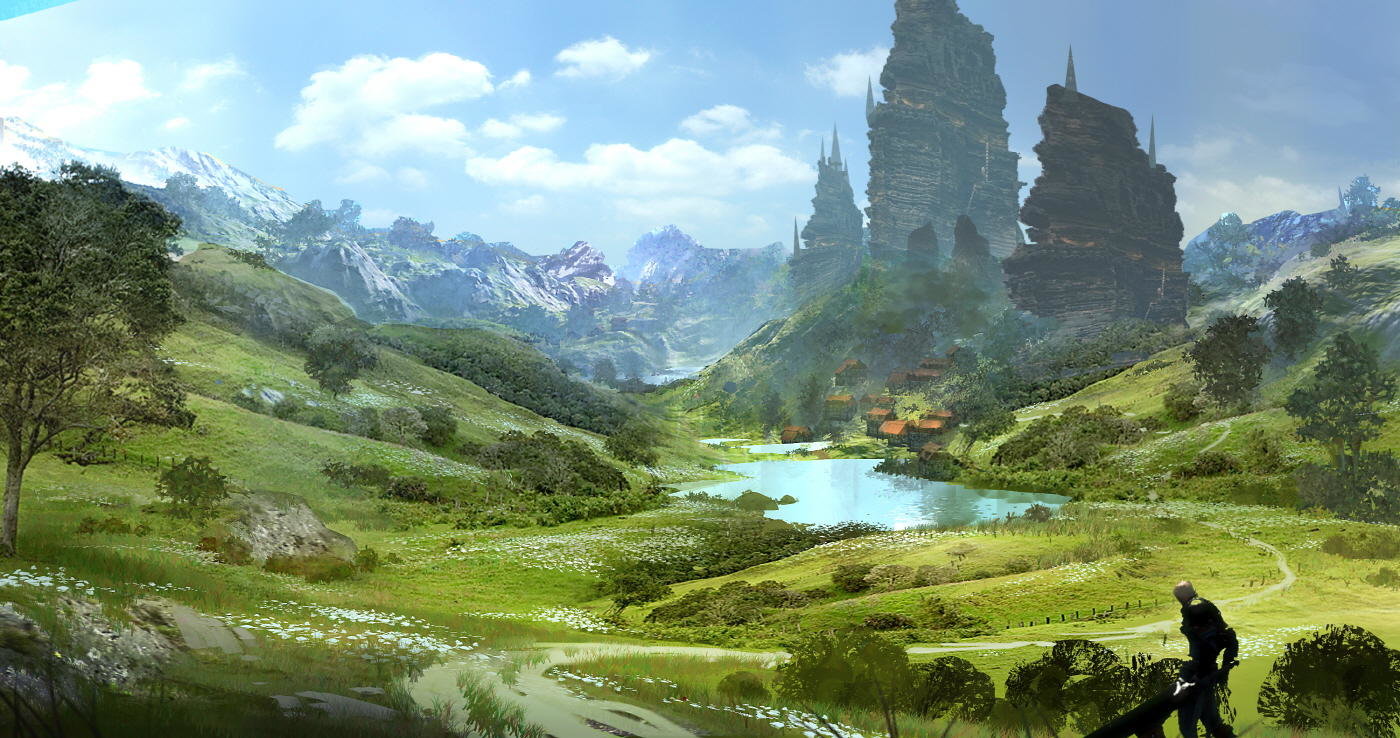 Project Nat Concept Art by Red Hong
For nearly eight decades after its creation, the Kingdom of Cré existed in relative peace, with only minor scuffles occurring at its southern and western borders. To the north and east, the kingdom was protected by jagged cliffs and a ragging sea, the salty spray feeding the dense forests of the coast. As the minor disagreements turned into actual battles, Cré and its people were drug into another war, one that would change the realm of Trisad like never before.   Cré, like its sister lands of Trisad, survived the war, but not without heavy casualties. The mages of the four lands were essentially erased from world, lost to the hardship of the war. The Kingdom of Cré and its young king arose victorious, bringing about a peace that would be lasting. With its show of might during the war, no one dared cross Cré and her king, for he gained the name the Hellish King for his unwavering and nearly cruel path to victory that killed more of his men than any battle throughout the three year war.   Two decades after the war, Cré and her Hellish King sit poised in a position that can only be a gift from the gods. The kingdom prospers, growing in power and might with every strategic move of its king. The land boasts the largest army of any type, the Knights of Cré surpassing those of other kingdoms in skill. It is rumored that the Hellish King is raising his army to begin another war, to take over the other lands of Trisad, but no one dares get close enough to learn the truth.

War ravaged the Trisad realm for centuries, becoming an integral part of life as those of the provinces lived a life of war and death. For most of history, the provinces fought together as one, using their combined strength to bring greater glory to the Trisad realm. In such a great army, there was little glory for those that wished to find such in war. Squabbles among the various provinces brought dissension, a time where all questioned the need to be united against the outside world. Over decades, this feeling of deceit brought forth a need for war, one that sparked a civil war between the provinces of Trisad.   The Great War lasted twenty years, but its repercussions would shape the land of Trisad into the future. A bloody war that left each side scarred and battered ended with the building of the Walls of Spirad, walls enchanted with the fifth, and most rare, type of elemental magic. While built upon the blood of many, the walls became the broken spirit of the land, separating the once united and gloried Trisad realm. The Treaty of Spirad separated the provinces into their own kingdoms, against the wishes of those who knew the past.

Leonidas wished for the separation more than the others. It seemed that he was no longer happy with the limited power afforded to the governors of the provinces. He wished to be more, to become a king with the almighty power of the gods. Such power can only bring the downfall of Cré and her people.
— Unknown, dated 1 T.S.

The Kingdom of Cré was established on the third of Aiteall, 1 T.S. It became the first of the Trisad provinces to become its own kingdom, under the rule of King Leonidas IV, the previous governor of the province. For Leonidas, this began a powerful royal bloodline in Cré, but the fall out from the war was still to come. Within five years, the capital of Klā was sacked by those that believed that the position of the capital so close to the Walls of Spirad would allow Leonidas to begin another war and the king was removed in favor of his son, Jarvan IV.   It took over a decade and the death of Leonidas IV before his son Jarvan began building the new, centrally located capital of Citadel. Due to the grand vision for the city held by Jarvan, the city took nearly ten years to complete, leaving him to rule from nothing more than a tent until the castle in Citadel was completed.   Jarvan IV was the first king of Cré to rule from Citadel, but his time in the city was short lived. Upon his death in 37 T.S., his second son, Leonidas V became the first to rule completely from Citadel.   Under the rule of Leonidas V, Cré and her people began to prosper. Exports to the other kingdoms increased, bringing brewing and agriculture to the forefront as a means of growing the kingdom economically. Imports of exotic spices from the Kingdom of Tine also increased as people looked toward expanding the cuisine of the kingdom and moved away from the dark times that followed the Great War. As the years moved forward and Leonidas V passed and gave way to the rule of Leonidas VI, Cré grew in strength and prosperity, far beyond its days as a province.   As the son of Leonidas VI grew of age, the old king became ill, eventually handing the throne to his son before his quick passing. It is rumored that Leonidas may have been killed to make way for the young king, but those words have only ever been spoken in hushed whispers outside of the kingdom. The young king, that would soon be known as the Hellish King, became the king at age 18. Within years, he would lead the kingdom through the Last Great War.   The Last Great War and its aftermath brought a prosperity to Cré that was unseen, even during the time of Leonidas V. The Hellish King had won the war with his well-trained knights and his hoards of mages, but the cost of such a war and victory was steep. Only one mage remained after the war, sworn into the service of the king.   In the decades since the war, Cré has grown in power, amassing a treasury and a military beyond the other kingdoms of the Trisad realms. Others fear that the Hellish King wishes for another war, but no one can be for sure.

The Kingdom of Cré relies upon knights for their military. Before the ascension of the Hellish King to the throne, this military force numbered only 1000. Since the Last Great War and over the last few decades, the King's Knights have grown to number nearly 7000, about one-tenth of the population of the kingdom.

It is no secret that the Kingdom of Cré has a large, very active spy network. While exact numbers are not known, the spy network of the kingdom is seen as the most prolific in the Trisad realm. It is rumored that these spies can be found in every kingdom of the Trisad realm and beyond. To date, none of the spies from Cré have ever been captured.

After the Last Great War, the number of mages in Trisad has been decimated. It is rumored that the Kingdom of Cré lost nearly all of their earth mages. Only one mage remains in the kingdom and is in direct service of the Hellish King.

The Kingdom of Cré is also known for their exports of exotic ales and wines. The succulent fruits of the coasts are used to create seasonal brews that are then sold throughout the kingdom and the realm. The sale of ale and wine makes up about fifteen percent of the kingdom's exports. The largest importer of Cré's brews is the kingdom to the west.

The Kingdom of Cré imports very little from outside of its borders, but its greatest import is some of the rarer vegetables and spices found in the kingdom of the fire mages. These include chili peppers, dried peppers, and spices such as cumin. 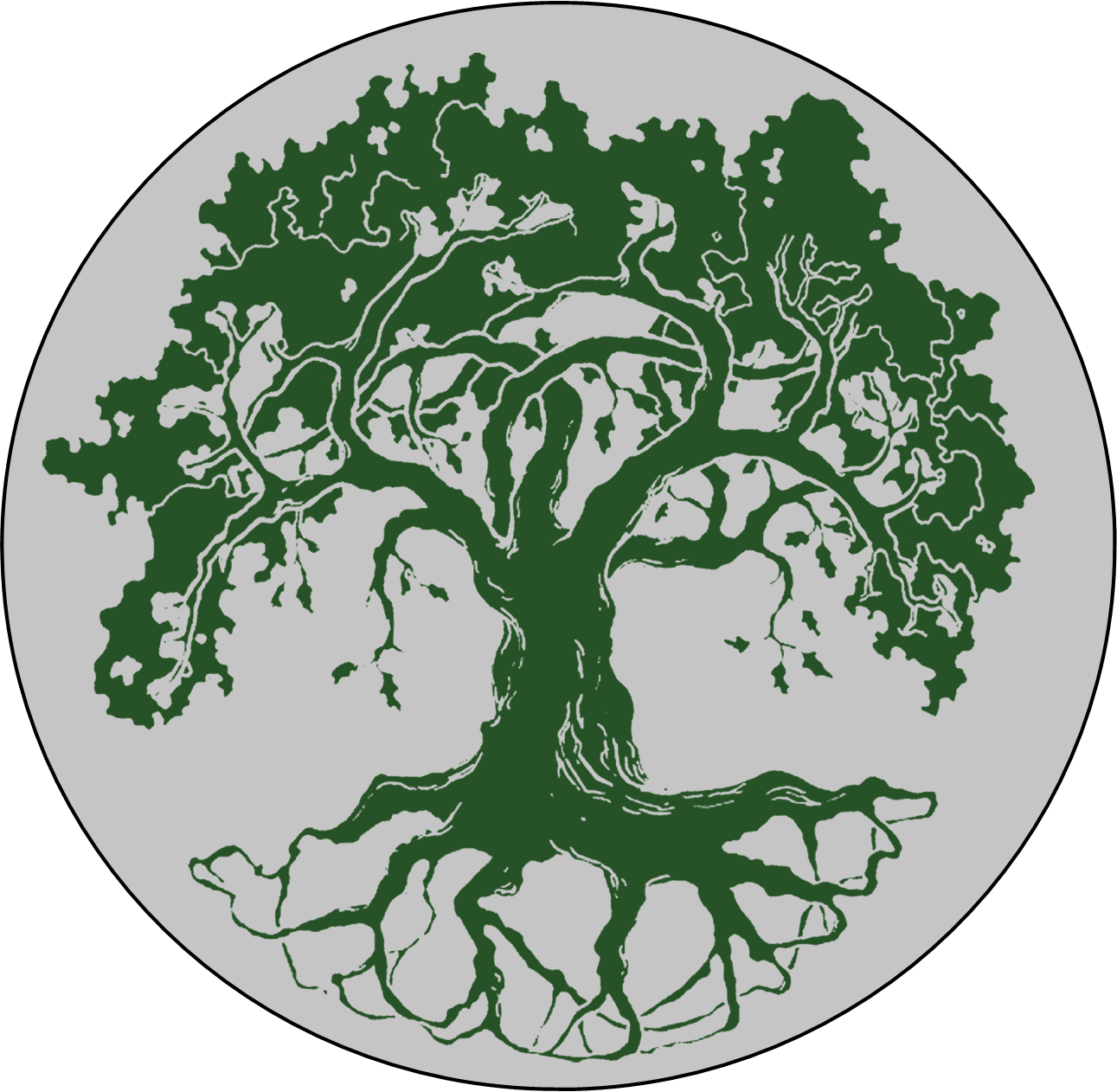 For the Greatest Glory

The time when the lands of Trisad stood as a single entity.

After the Great War, the provinces of Trisad separated into their own kingdoms. This era marks the time after the separation.