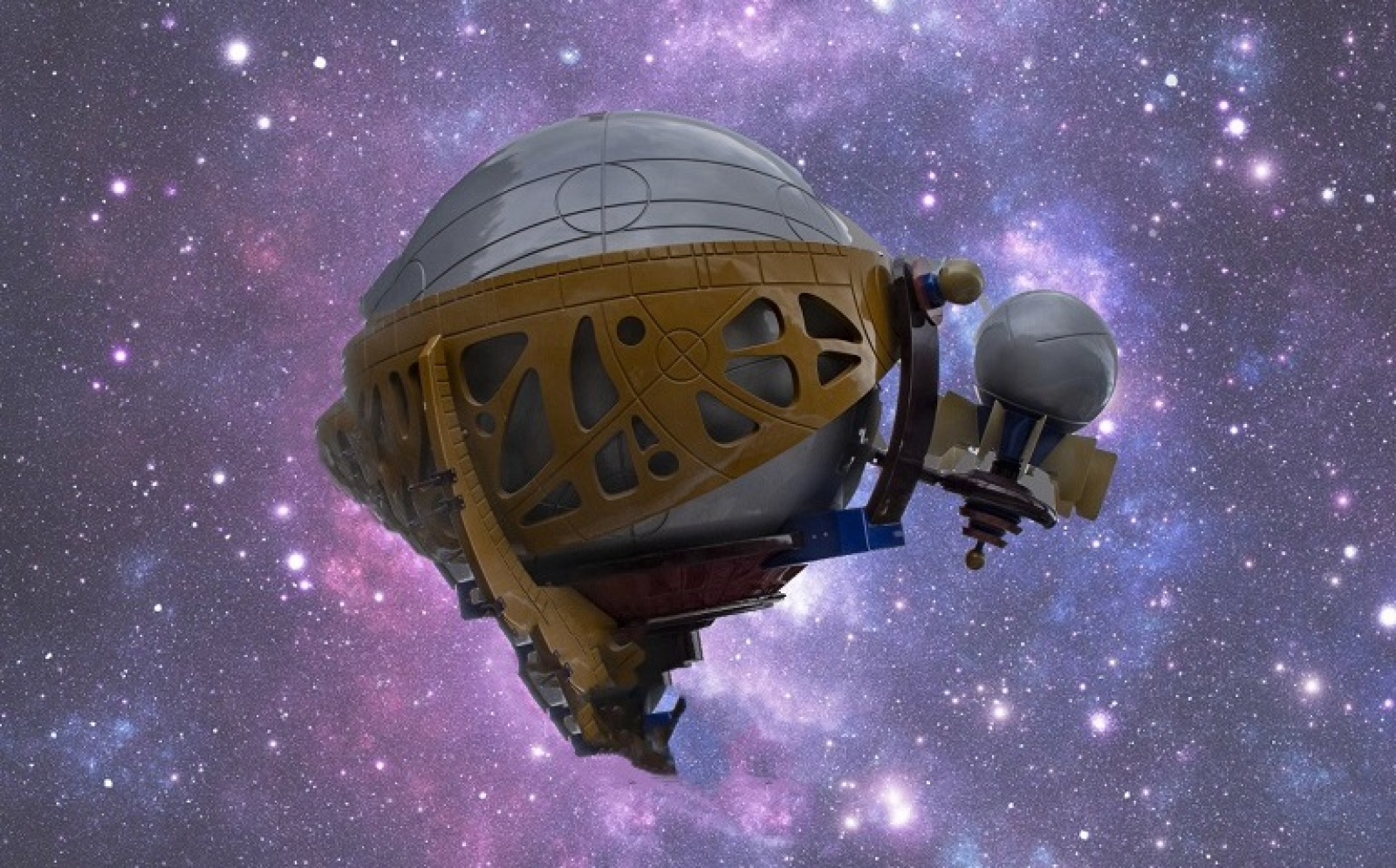 The fanciest cathouse you've ever seen

Everyone knows that spacers get...lonely. When they hit port, their exploits are well-known. Often they go on legendary sprees, and seek out companions that they might hire for a good time. But with The Plucky Jade, the hired companions come to them.   The Plucky Jade is a starfaring cathouse. The crew travels from system to system and port to port, offering a variety of entertainments. Mostly, these are adult entertainments. But the Jades are nothing if not a practical lot, and in ports where such entertainments are forbidden or strongly frowned upon, they instead turn their entertainment skills to street performance, mummers' plays, and children's games.

The Plucky Jade began its life as a Gnome merchantman out of Whizbang, doing a (mostly) legitimate trading run to Draconia and back, and selling some contraband Raug on the side. When Heenock Glazequark inherited the vessel from his uncle Qweryn, he turned her to considerably less legitimate work, and had her converted to a smuggling ship. Qweryn was captured by the Avalonian Imperial Navy while smuggling contraband into a military prison, and his ship was seized with all contents, and auctioned to pay his fines.   The ship was purchased by Aurin Rubyfinder, a dwarven spice merchant with a love for card-playing, and his brother Thorvari, an astronomer. They used Aurin's winnings, which were usually good, to finance the conversion of the ship into a flying observatory. The outer shell of the vessel lenses open and shut with the winding of a crank, leaving the upper hemisphere of the main dome open to the stars. Unfortunately, Aurin's luck turned against him when he met Katerina "Kat" Jade.   Kat, a young Human of only 25 years at the time, had learned the whoring trade (and a few helpful tricks) in indentured service on a long-runner merchantman, and bought herself free of her contract through gambling winnings. While no one can prove that she cheats, her odds are suspiciously better than average.   Kat decided to invest in the trade she knew best. She hired as many sex workers, of all genders, from as many of the spacefaring species as she possibly could, and taught them to provide a quality experience, as well as turn a trick.   The lounge of the Jade includes a variety of amorphous pillow seating, to accommodate just about any physiology. A variety of low-key gambling games, music, and other forms of entertainment are available. Hors d'oeuvres are served, ideally tailored to the species in question, along with a variety of quality intoxicating drinks and, where permitted, other illicit substances intended to improve mood and sensory experience. The observation dome makes the interior of the ship a spectacular setting for a true "pleasure dome" experience.   The crew of the Plucky Jade also moonlights in organizing parties, whether for more "jaded" clientele, or as innocent fun for children. The two activities are firmly separated. If the Jade is in port to throw children's parties, there will be no adult activities offered for the duration of their stay. As a result, these children's parties tend to be a luxury of the wealthy -- after all, the bills must be paid.

Power is generated by the magical energy of a spellcaster in contact with the helm interface of the ship.

The Jade stirs up enough trouble, so it carries only six hunting harpoons for its defense. However, Kat is no fool, and she hires excellent security staff and arms them to the teeth, so if the ship is ever boarded, the boarders are likely to regret it. Most of the whores also train in more subtle combat arts, just in case a client gets a little frisky, and there are at least seven mages of no small capability.

The metal plating that lenses over the top of the observation dome makes the Jade as resistant to damage as an ironclad - if they can get it raised in time for the fight. Otherwise, it acts as hard wood.

Kat is the owner of The Plucky Jade, and a hooker with a heart of gold.

Answering: "Describe a vehicle in your world that brings joy wherever it arrives."
Visit SableAradia's Competition Page Check all other answers to this prompt Competition Homepage

~ Thank you for your support! ~
If you couldn't tell by the elves, orcs, and magic flying sailing ships in space, this is a work of fiction. Any resemblance to people or locations, living or historical, is purely coincidental, with the exception of Alberdingk Onestone, who may actually be an alternate dimension's version of a famous scientist, only as a gnome.
The Toy Soldier Saga is copyright (c) 1995 by Diane Morrison. All rights reserved.
Cover image: Space Ship by Linnaea Mallette
Article template
Vehicle
World
Toy Soldier Saga
Category
Independents
Author
SableAradia
Publication Date
24 Jul, 2020
Creation Date
24 Jul, 2020
Last Update Date
13 Jan, 2022
Visibility
Public
Views
291
Favorites
6
Comments
1
Work In Progress
Tags
ships plucky-jade merchantman

From the moment I saw the name of this ship I knew I would love this article. It's like Firefly blended with Spelljammer. I can hear the words, "let's misbehave"! This made my day!

I am sorry I missed your comment, Graylion! Yeah, that's pretty much the deal :D Thanks for commenting!