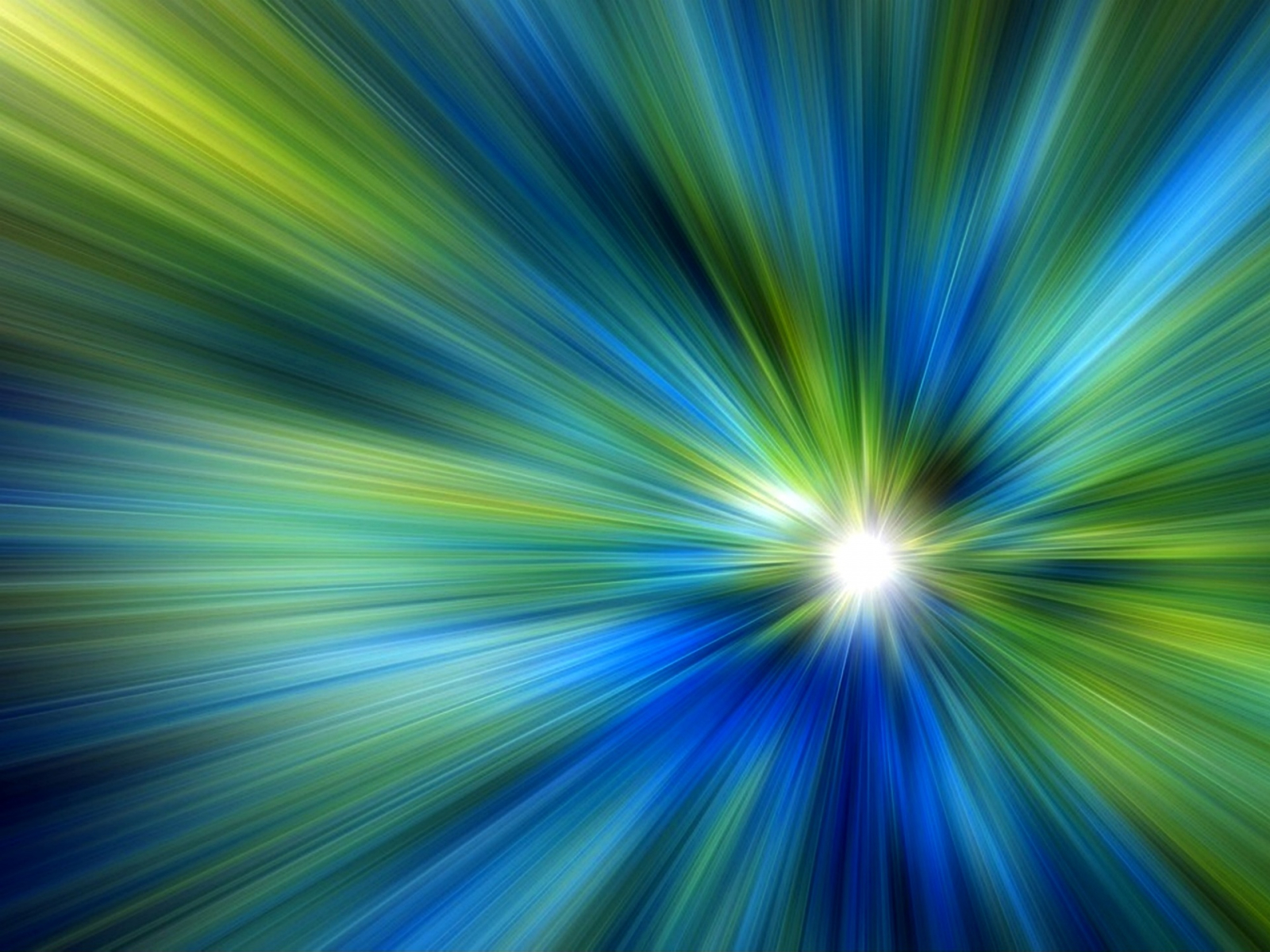 A feared and deadly hazard of starfaring

About twelve hours later, Shaundar found that he was so sick he could barely sit upright. His eyes were blurry and his skin felt like it might be burnt. Radiation poisoning, he thought through the haze of the headache that had settled in. I've heard of this....   There was no telling what kind of a dose he'd received, but if he was this nauseous, it couldn't have been a minor dose. He had to find some way to stop the ravages of the poison, and it was too late to do any of the preventative measures he could have used.
— Brothers in Arms by Diane Morrison

To dirtsiders, it is obvious that stars give off light. Starfarers soon realized that each star was also a sun, and they quickly became aware that they therefore also give off heat. It took them much longer than that to figure out that suns also give off something else, something that is a poison to all organic life.   Radiation sickness is the name given to this mysterious collection of ailments, since it is connected to exposure to some sort of energy. While suns are the most common source, radiation poisoning can also be acquired from exposure to some nebulae, or to objects such as pulsars, neutron stars, black holes, and certain gravitational weapons .   Radiation sickness terrifies starfarers, for a few reasons. In part, this is because the source of illness is invisible and difficult to predict. In part it is because the illness can maim or kill, and in part it's because radiation poisoning can be contagious. There is nothing in the Universe that a sailor fears more than plague.

Radiation poisoning can be contagious, in that if a creature or object is sufficiently irradiated, they can irradiate objects and creatures around them. It can also be spread through contaminated water or food.

Scholars of astrophysics believe that stellar objects produce some kind of radiation that no one can see. Elves claim to occasionally glimpse bright flashes or sparkles of light that no one else can, but scholars of other species aren't convinced. For the most part, Starfaring Engines protect starfarers from this radiation, which is believed to permeate Known Space , by generating an Etheric Membrane. But some sources of radiation simply overwhelm etheric membranes with their power.   In other cases, people who live and work in the stars without the regular protection of a starship's engine rely on Starmetal Talismans to protect them from the Void. These people may also acquire a form of chronic radiation poisoning over time.

He fell, rather than stepped, out of the helm-chair. His bowels chose that moment to cramp so hard that he had to lie still for a moment and wait for it to pass.   When it finally did, he got up and cautiously made his way down the hatch and into the modest hold, since this fighter was too small for a sick bay.   "There's got to be a manifest around here," he muttered to himself, and spat out a few drops of blood. His heart tripped over itself. Was it his gums that were bleeding, or something internal? Neither was a good sign, but one was less disastrous than the other.   There was no light in the cargo bay. "Fucking orc eyes," he muttered. No, of course there was no light; why would they need any? The infrared ambience that was typical in space was more than enough for their dark-seeing vision. It was not enough for elven vision, though, so carefully he weaved his way back up the ladder, up to the bridge again, to fetch a lantern, light it, and bring it back down.   Halfway down the ladder, his stomach cramped hard enough to buckle his knees. He clamped onto the rungs with his free hand and the fingers of the other, and held on for dear life. He had no idea how long he clung there, vomiting whatever was or wasn't in his stomach into the dark void of the hold.   When it passed, he continued to make his way down; this time even more slowly and carefully, because he was shaking and weak. When he wiped his mouth, blood came away in the foamy streaks of vomit. Doesn't look like occult bleeding, he decided. There's not enough of it. That meant he still had some time...   When he finally made it down the ladder, he almost slipped in his own puke. Fortunately, he managed to stagger against the ladder rather than the other direction, and still kept the lantern mostly upright. The broken circle of light it cast on the floor showed him that his previous thought had been wishful thinking. There was blood in the vomit.   "There better be potions," he mumbled, spitting out a bit more blood and slime.
— Brothers in Arms by Diane Morrison

Acute symptoms of radiation poisoning can start within an hour of exposure, and continue for several months. In the first few days, the most common symptoms are nausea, vomiting and loss of appetite.

In the following hours or weeks, common effects include:
These early symptoms may also include numerous signs of damage to the brain, including, but not limited to:
In severe cases, skin may slough off of the body, or visible burns may result. These burns can also occur in the lungs and other mucus membranes if radiation is inhaled. The tissue of the lungs, inside of the nose, and throat, can also slough off, interfering with the victim's ability to breathe.

Treatment for radiation sickness is limited. Aside from magical healing, there is no known cure. Non-magical treatment takes the form of supportive care: preventing additional bruising and bleeding, removing areas of the skin that are still radioactive, preventing infection, and treating symptoms as best as a healer or Chiurgeon is able.   Some alchemical compounds such as potassium iodide can help, if ingested after radiation is ingested or inhaled.   Magical healing might even have limited effectiveness. It is possible to halt the progression of radiation poisoning with most anti-toxin potions, spells, and canticles, but this will not cure any damage already done. Such magics that cure diseases may be able to treat many of the long-term effects, such as chronic lung and heart conditions, or the wasting sickness that may result in later years after exposure.   Burns, sloughing skin, and other obvious forms of direct damage may be healed with potent healing magics, but this will not treat any long-term effects, nor will it prevent scarring unless it is done within a few days to weeks after exposure, depending how severe the exposure is. More potent magics may be necessary to heal damage to the brain and nerves.   Of course, if a starfarer continues to be exposed to a contaminated source (such as an irradiated ship in the middle of empty space that they can't abandoned) any magical healing will have to be applied on an ongoing basis until the source of exposure is removed.

Frequently, complications like leukemia and other cancers develop among survivors, even years later -- although strong healing magic can often address that if the symptoms are caught in time. Short term outcomes depend on the dose exposure, and may result in permanent damage or even death.

Long-term damage may result from radiation exposure, such as scarring on sensitive tissues (including stomach or lung tissues,) eye damage, and disturbances in the brain and nervous system caused by bleeding, detailed under Symptoms. Other forms of damage may repair themselves over time.   There is also a chronic form of radiation sickness that occurs after months or years of chronic exposure to high amounts of radiation. It develops with a speed and severity proportional to the dose received, and occurs at dose rates low enough to permit natural healing to compete with the radiation damage during the exposure period. Dose rates high enough to cause the acute form are fatal long before onset of the chronic form.   Symptoms of chronic radiation sickness include, at early stages, impaired sense of touch and smell and disturbances of the natural survival functions, including eating, sleeping, hormone regulation, bowel and bladder function, and sexual performance. At a later stage, muscle and skin atrophy and eye cataracts follow. Fibrous formations may appear on the skin, in the case of previous radiation burns. Cancer or leukemia may appear at any time.

There appears to be a threshold of exposure that each species is able to tolerate, and some species can tolerate more than others.   Dragons and related species, such as the Nisslings and the Allyri seem to be particularly resistant, while the Dwarf and Goblin peoples seem to survive exposure with their usual toughness.   Elves seem to have more resistance than many of the other sentient species of Known Space, but not as much as dragons or dwarves.   It is unknown what sort of effect, if any, radiation poisoning has on creatures such as Cthulans and Shoggothi.

Any creature or item sufficiently irradiated can, in turn, irradiate its surrounding environment.

The best way to avoid radiation sickness is to avoid sources of radiation. However, even ambient space has background radiation that can be dangerous, so failing that, Starfaring Engines and their Etheric Membranes are the best known protection.   Just prior to the First Interstellar War (IW1), it was discovered that ingesting Star Mushroom spores regularly can grant significant resistance to radiation poisoning, and are a useful specific for Anti-Radiation Potions.   Gnomes and Goblins have begun to use Filter Masks to prevent the inhalation of radiation, with some positive effects. 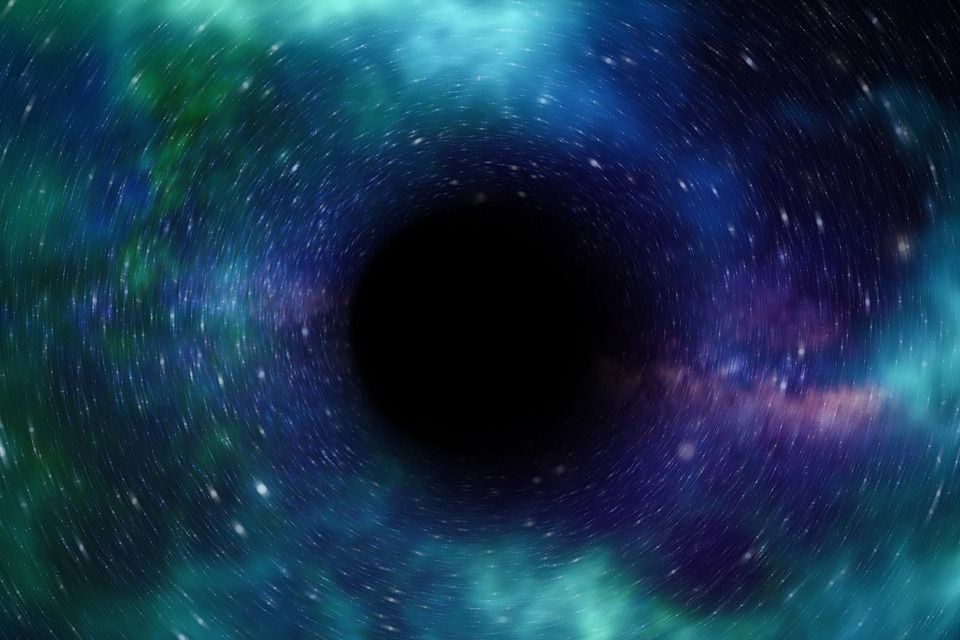 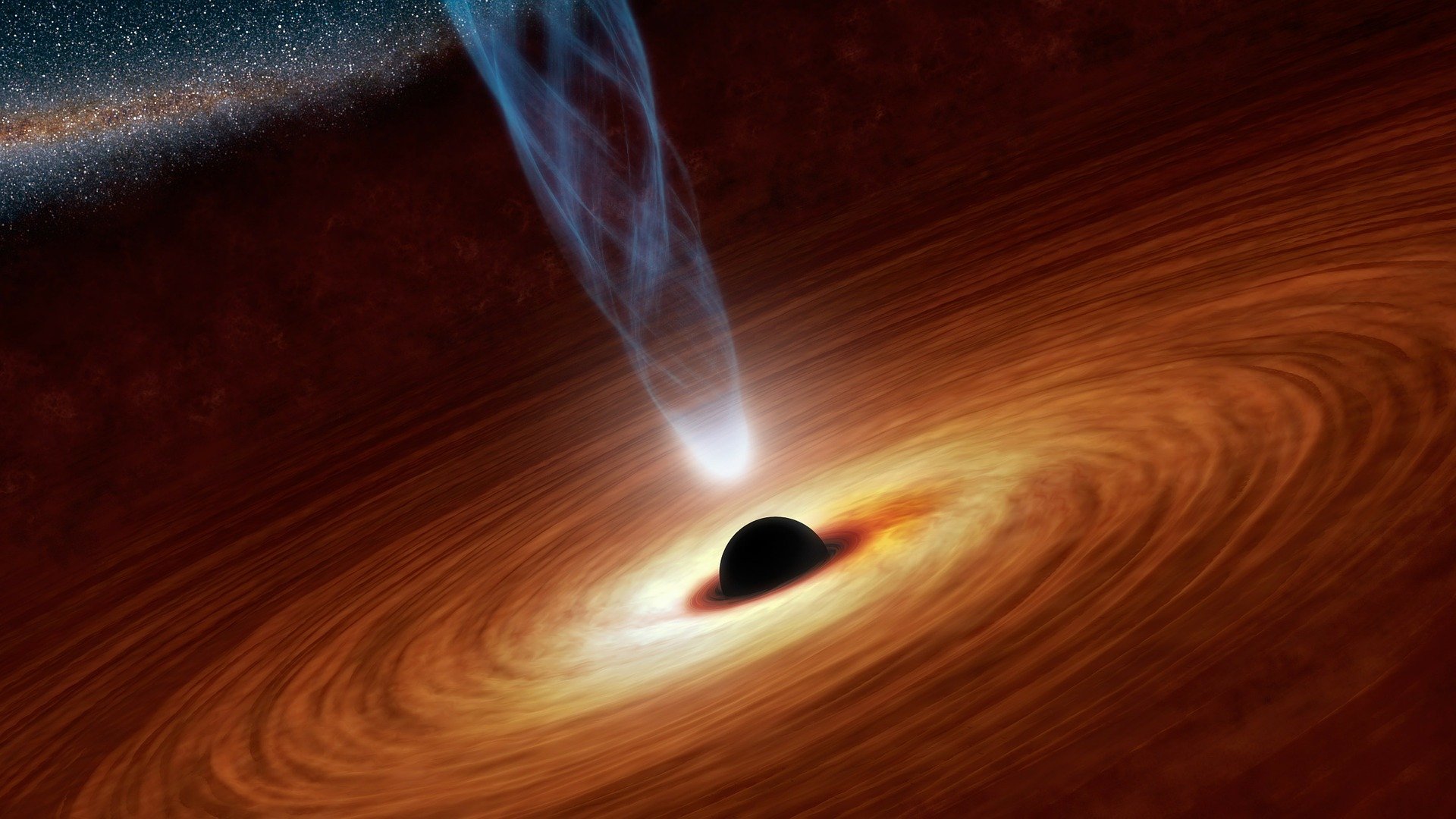 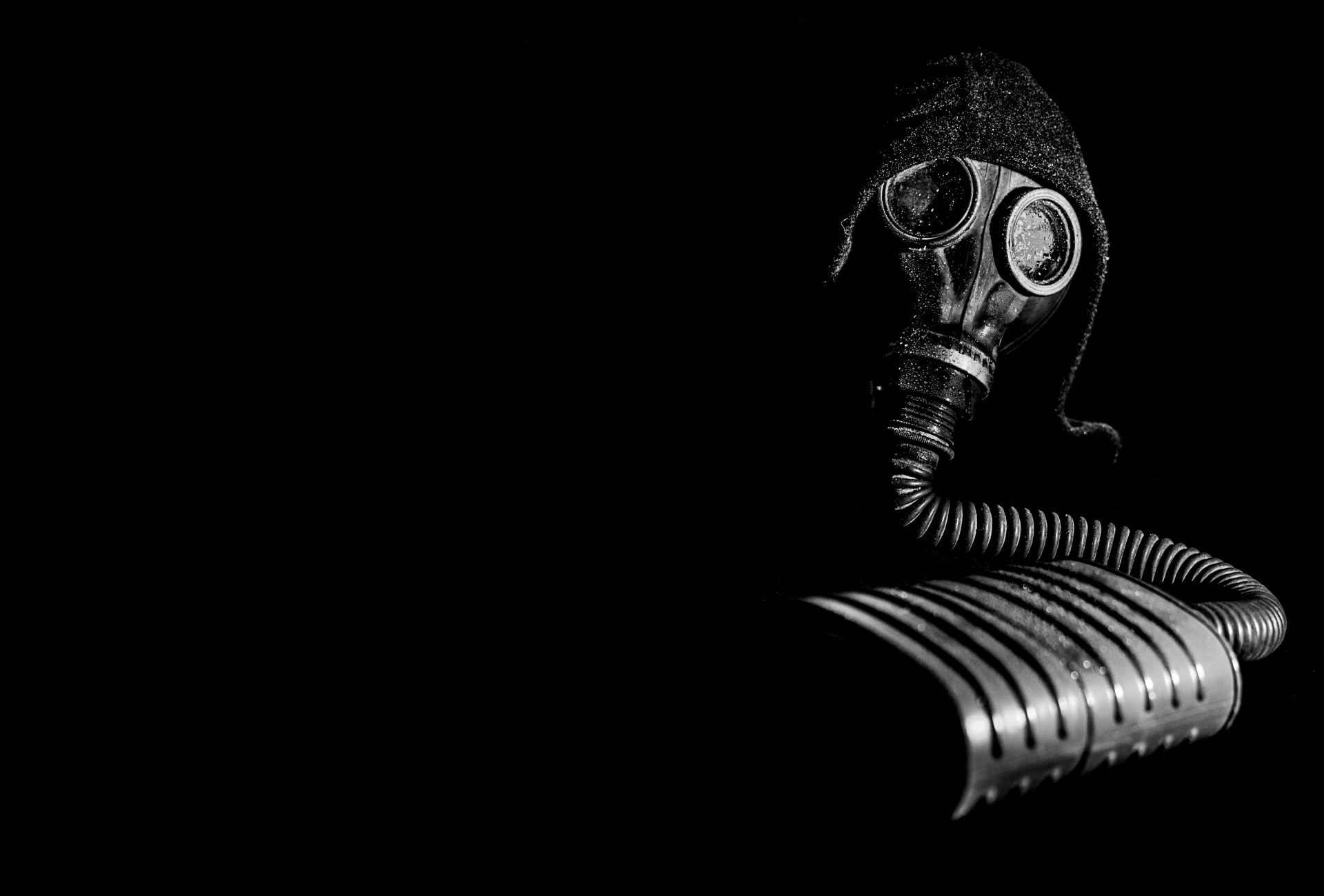 Gas Mask in Shadow by George Hodan
Gnomes and Goblins have begun to use Filter Masks to prevent the inhalation of radiation, with some promising results. 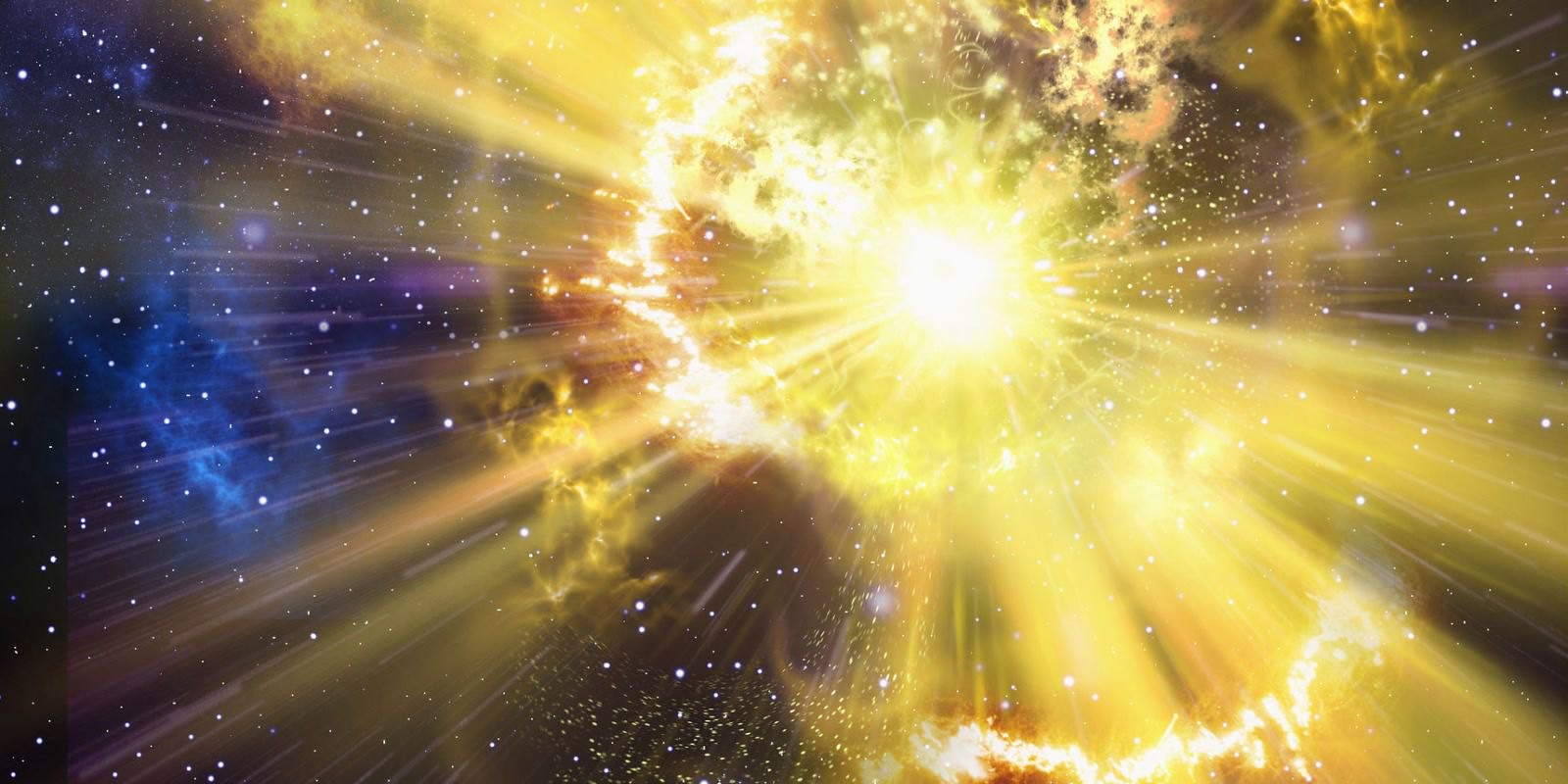 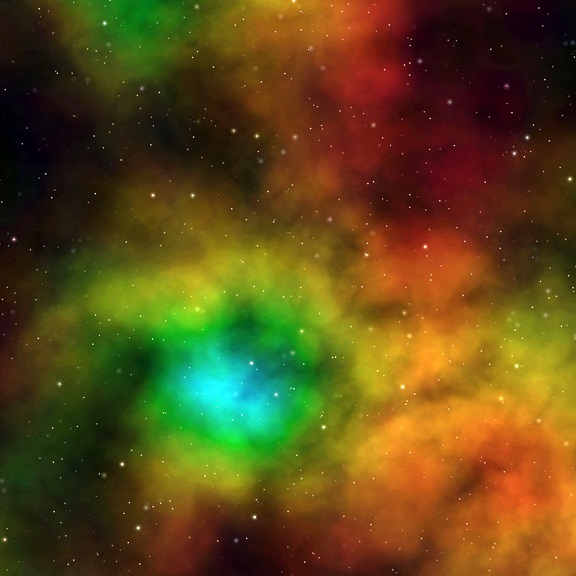 Rainbow Nebula by Andrea Stockel
Events such as a supernova explosion may spread radiation far and wide through Known Space. 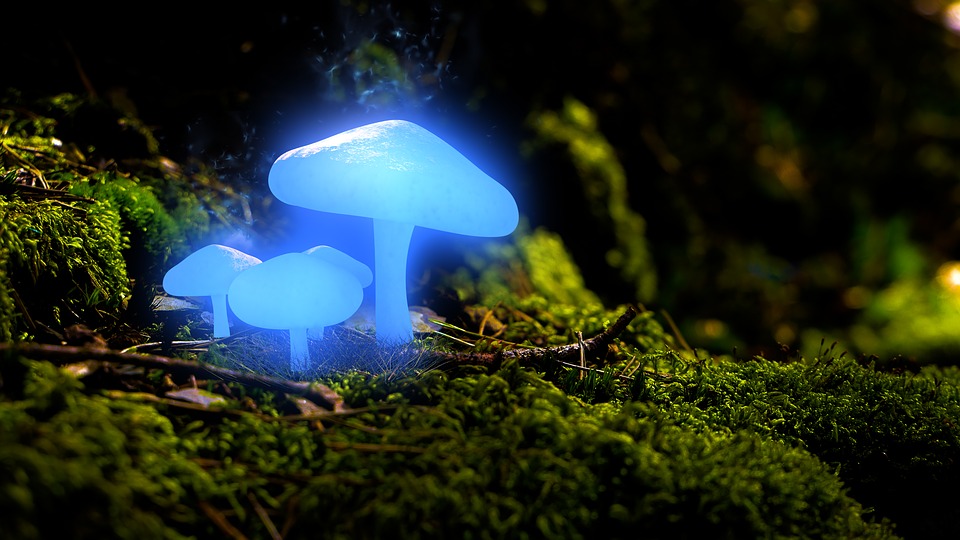 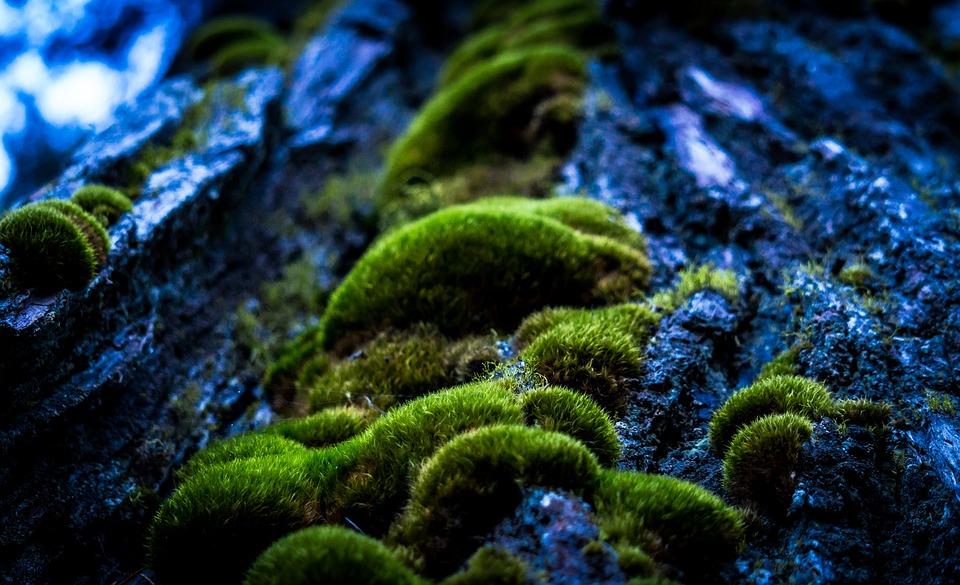 Universal Veil of the Star Mushroom, with Cosmic Moss in Foreground by Pexels
The spores of Star Mushrooms may prevent radiation sickness, and used in an Anti-Radiation Potion, may even help to cure the ongoing damage.

Answering: "a medical condition which is feared by some"
Visit SableAradia's Competition Page Check all other answers to this prompt Competition Homepage

~ Thank you for your support! ~
If you couldn't tell by the elves, orcs, and magic flying sailing ships in space, this is a work of fiction. Any resemblance to people or locations, living or historical, is purely coincidental, with the exception of Alberdingk Onestone, who may actually be an alternate dimension's version of a famous scientist, only as a gnome.
The Toy Soldier Saga is copyright (c) 1995 by Diane Morrison. All rights reserved.
Cover image: Strahlenschein by Lea Leani
Article template
Condition
World
Toy Soldier Saga
Category
SummerCamp
Author
SableAradia
Publication Date
4 Jul, 2021
Creation Date
2 Jul, 2021
Last Update Date
6 Jul, 2021
Visibility
Public
Views
272
Favorites
14
Comments
1
Work In Progress
Tags
radiation radiation sickness radiation poisoning

This is so terrifying, especially with the fact there is a real life equivalent. I'm glad that your version seems to have some level of cure rather than just being a death sentence. Also, poor Shaundar.

Yeah, radiation poisoning is pretty scary stuff. And yeah, I feel pretty bad for Shaundar too.