This will be my first time taking part in any of the WorldAnvil events, so I'm excited to see how it goes!


1.Which project are your worldbuilding efforts tied to?

Tower's Fall - a novel based around the combined tale of two chronically ill protagonists, fighting to preserve the independence of their fledgling young country.

2.What world are you working on?

The world itself is tentatively titled "Lialin" though that is subject to change. A mid-fantasy realm with a brighter sheen, it may not contain too many flashy bits and bobs, but it is what my protagonists call home.

3.Which area of the world(s) are you working on?

I'd like to focus on fleshing out Theolin, the newly formed country where most (if not all) of the action is going to take place. If I have time, it would be nice to establish some additional lore on neighboring countries Orellia and the Aherana islands.

4.How much are you aiming to complete?

Well, ideally, I'd like to complete it all! However, this is my first challenge attempt, so I'll be content if I can knock out ten of them over the course of the month. If I'm lucky, inspiration'll strike, and I can flow from one to the next.

5.When will you write?

I'm going to set aside around an hour and a half/two hours every day around noon. That's normally when the rest of things are calmed down a bit, and just long enough after I've woken up to let my creative brain fully cycle over.

6.Who is your support network?

Largely my friends! They're always good sounding boards, and I know at least one of them is also intending to take part in the challenge. If we're lucky, we'll get through the main slog together :D   There's also, of course, the World Anvil discord, which I'll likely be relying on a lot as I try to wrangle raw thoughts into fully formed ideas.

For this year's summer camp, given both how new I am to WorldAnvil and how new this world is as a whole, I've kept my categories fairly open!   My hope is that since I don't have a ton of things to back-reference as of yet, I'll be able to keep things straight well into the month. I'm sure it'll be due for some cleanup as soon as camp's over, but that'll be a good excuse to do any revisions and neaten up after what's sure to be a rather hectic exercise.   I'm fairly certain I'll need to add a city category at some point, I'm just currently unsure of whether I want to add an overall 'cities' category, or skip straight to a folder for each city point. I'll also likely need to add further subcategories, but until I know how my article spread is weighted, I'm happy to let it ride.

While My Image Collection is Sparse...

It will certainly grow over time! Though I've not yet collected publishable images for most things, I have a few places bookmarked for reference for everything from buildings to clothing to simple feeling. That said, I have made a few trips through Artbreeder - 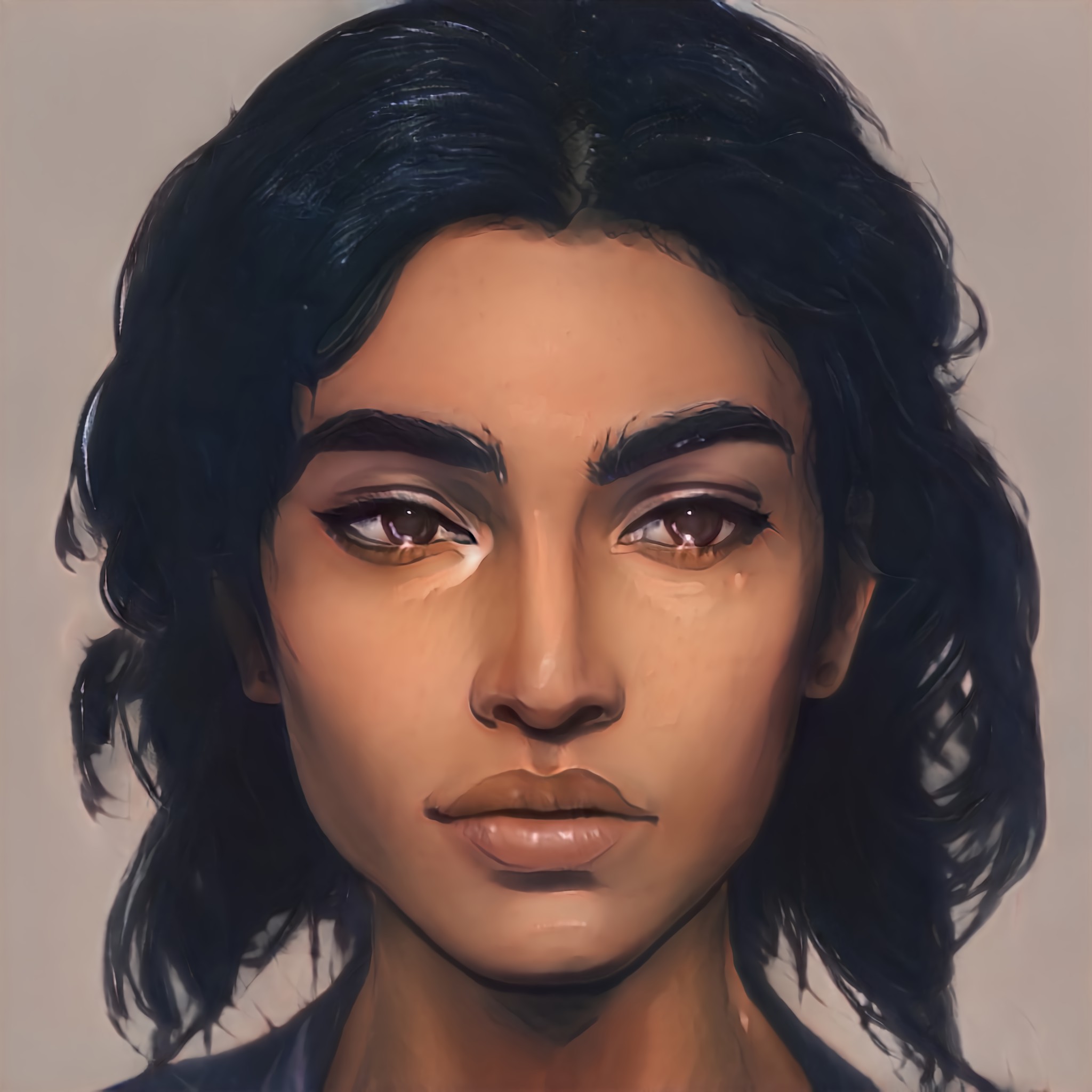 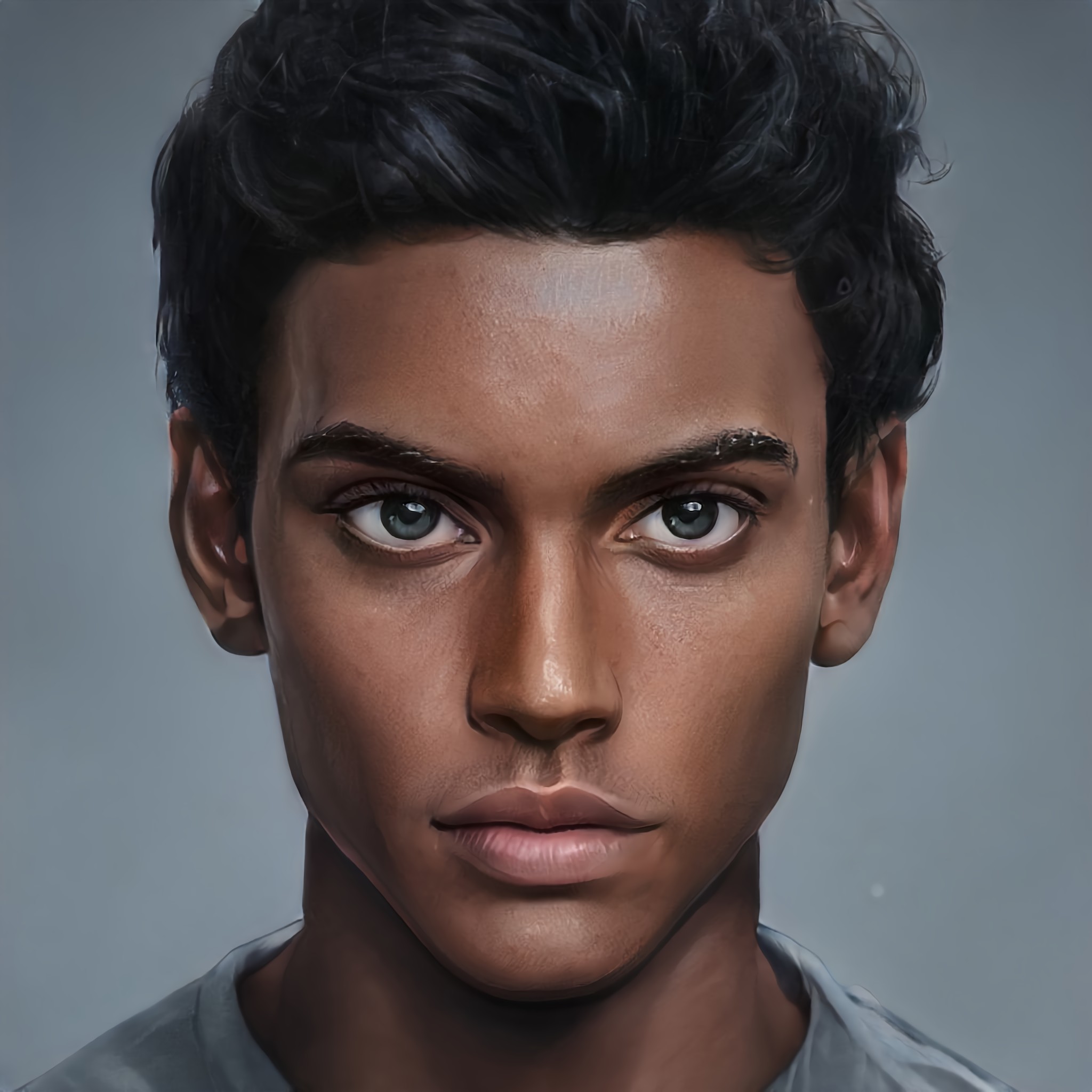 Ilmira (left) and her squire Kavi (right) have quite the road ahead of them! If time allows, I'm hoping to have a few more portraits finished out before Summer Camp really gets rolling. Though I will admit, fiddling with portraits may be a welcome break between brainstorming sessions.
Other points of reference include the Fisherman's Bastion in Budapest, Hungary, Pine Martens, Red Squirrels, and plenty of plums.

The link to my initial attempt at a formatting guide (which may just wind up being a point of reference and testing ground for different code combinations) can be found Here.

I love the idea of having two chronically ill protagonists! It sounds potentially heartbreaking, but also nicely realistic. Best of luck with Summer Camp! :)

Good luck on your first World Anvil event! Summer Camp is a lot of fun and I hope you find it inspiring. I'm looking forward to seeing what you come up with. :D

"If we wait until we're ready, we'll be waiting the rest of our lives." -Lemony Snicket