Yokatlān Crater, meaning "Place of Richness" is a major geographical feature in the continent of Udai. It is said to be where the meteor sent by the Goddess of Death, Morrigan, crashed, carrying on it the plague that became the catalyst for Korvian Abilities. Thus, it is said to be the home of their wealth and power.

The crater is 6 miles in diameter either way, with mountain ranges outlining its circumference. Dotting these mountain ranges on one side is a forest. Its trees, while not the tallest even in Udai, are said to tower over the average trees in Udai forests.   The crater reaches depths of 5 miles, but its furthest depths are not visible from the surface, for it is filled largely with a lake. This indented lake houses some few fish species, including crayfish, rainbow trout, and salmon. It is said that there are some plesiosaurus packs found within the lake as well.

At the center of the lake is an island, called the Dancord Islet, isolated from the rest of the world. Here, some animals, particularly dinosaurs, can be found that live nowhere else. Orcs and Korvians live here together, disconnected from the rest of the world.   It snows on this island more months out of the year. Some say it is because of the mountain peak at the center of the island, though this does not add up. It creates abnormally cold weather, which can only be escaped by entering the warm water of the Yokatlān Crater.   The snow is considered by others to be magical, perhaps an enchantment or a curse on the island. The truth is that the Dancord Islet is the Meteor that crashed into Totania and spread the Korvian Plague. Carrying the magical properties from the Goddess Morrigan herself, the Dancord Islet serves as a home to people and a home of praise for many Korvians. Orcs, largely, fear its power after what it did for the Korvian people.

All sorts of dinosaurs are said to flock to the Yokatlān Crater. It is unclear why.   Scholars have debated the potential that perhaps they are drawn to the meteor, or that the water that now dons the lake within the crater has a special property, or that the land is sacred to the animals in a way.   Even stranger still: the dinosaurs do not attack each other when in the crater. They stand together, predators and prey, performing typical animalistic rituals like mating and laying eggs.   And they laugh. Together, the dinosaurs laugh at the crater. Mocking it for some unknown sin. The meteor struck and destroyed naught but a crater in the ground, and the dinosaurs stand and mock its grave.

Remove these ads. Join the Worldbuilders Guild
Some legends say that there is a cave in the Dancord Islet. Going into this cave is said to be a terrifying ordeal that can kill even the strongest of people, subjecting them to the most potent death administered by Morrigan herself. Few can reach the cave, and fewer still could survive its trial. Yet for the two recorded people in history to do so, they have gained immense power from Morrigan, and even a Korvian Ability.   The Dancord Islet, then, still contains traces of the Korvian Plague.   The Dancord Islet is guarded by the creatures of the sea and dinosaurs around the crater, as well as Orcs who live in settlements nearby. They caution all people to not disturb the people on the island, as their civilization is better off without interference from the outside.

The Yokatlān Crater was the point of impact for a meteor that crashed in the year -515, which became the Dancord Islet. This meteor killed a village of Orcs that had been settling around it, but it spread a disease that caused more harm than the meteor itself. 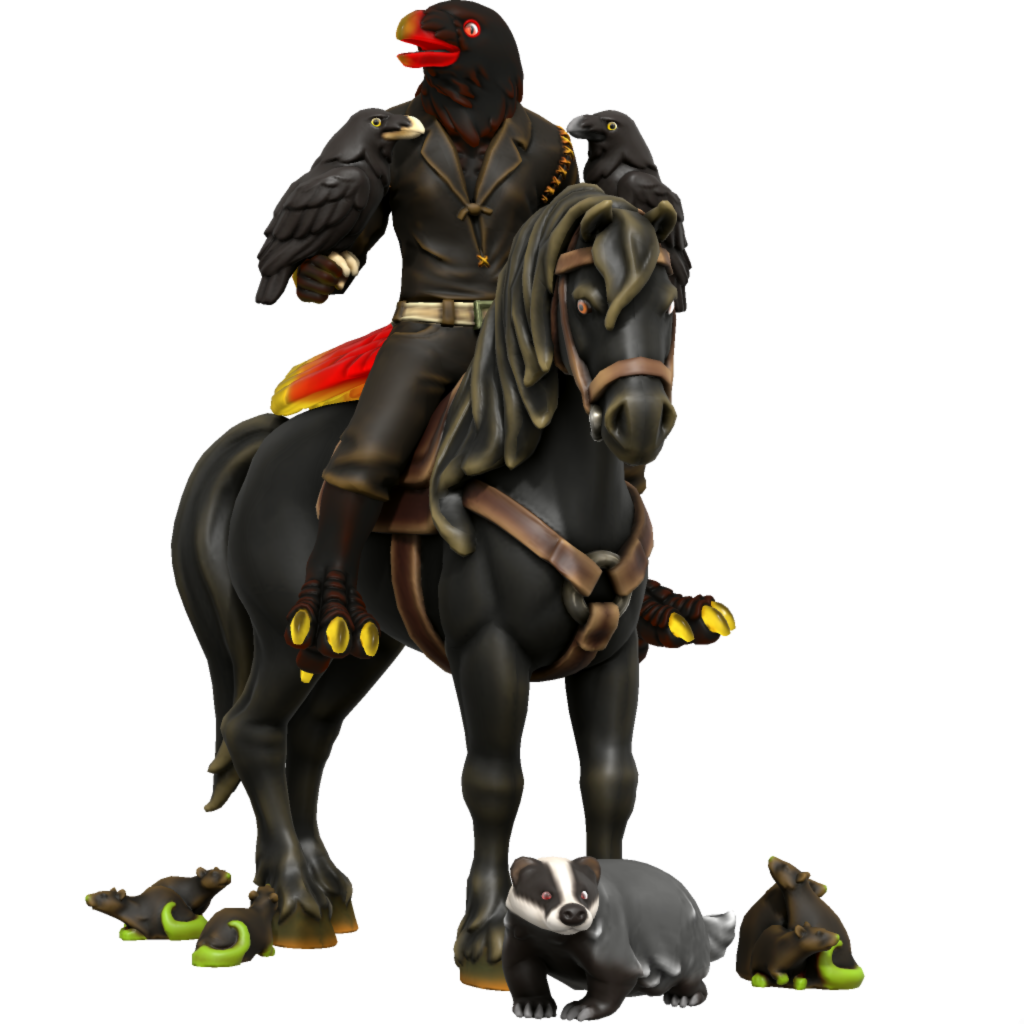 The Korvian Plague ravaged the avian folk for 5 years before a man named Warbler conquered it. He discovered that the way to survive the disease was through willpower.   Warbler, overcoming the death of his own goddess, helped lead his people to unlocking great power for themselves, using Korvian Abilities from the meteor to conquer all of Udai.   Korvian Abilities are manifestations of their users willpower, turned into superhuman powers. Many cannot handle them, and while most Korvians unlock them naturally due to the plague's survivors being the ones who bred and fostered further generations, some still are not strong enough to withstand it when it unlocks. Many Korvians die trying to unlock their abilities.   Non-Korvians cannot handle getting abilities. They are unable to withstand the plague, and few can even contract it. However, through the meteor, the potent disease still lies in its most natural form. A form that, through direct contact, could infect anyone, killing 99%.   Yet the theoretical 1% (those with the strongest will) that survive could gain natural power that would otherwise be impossible.