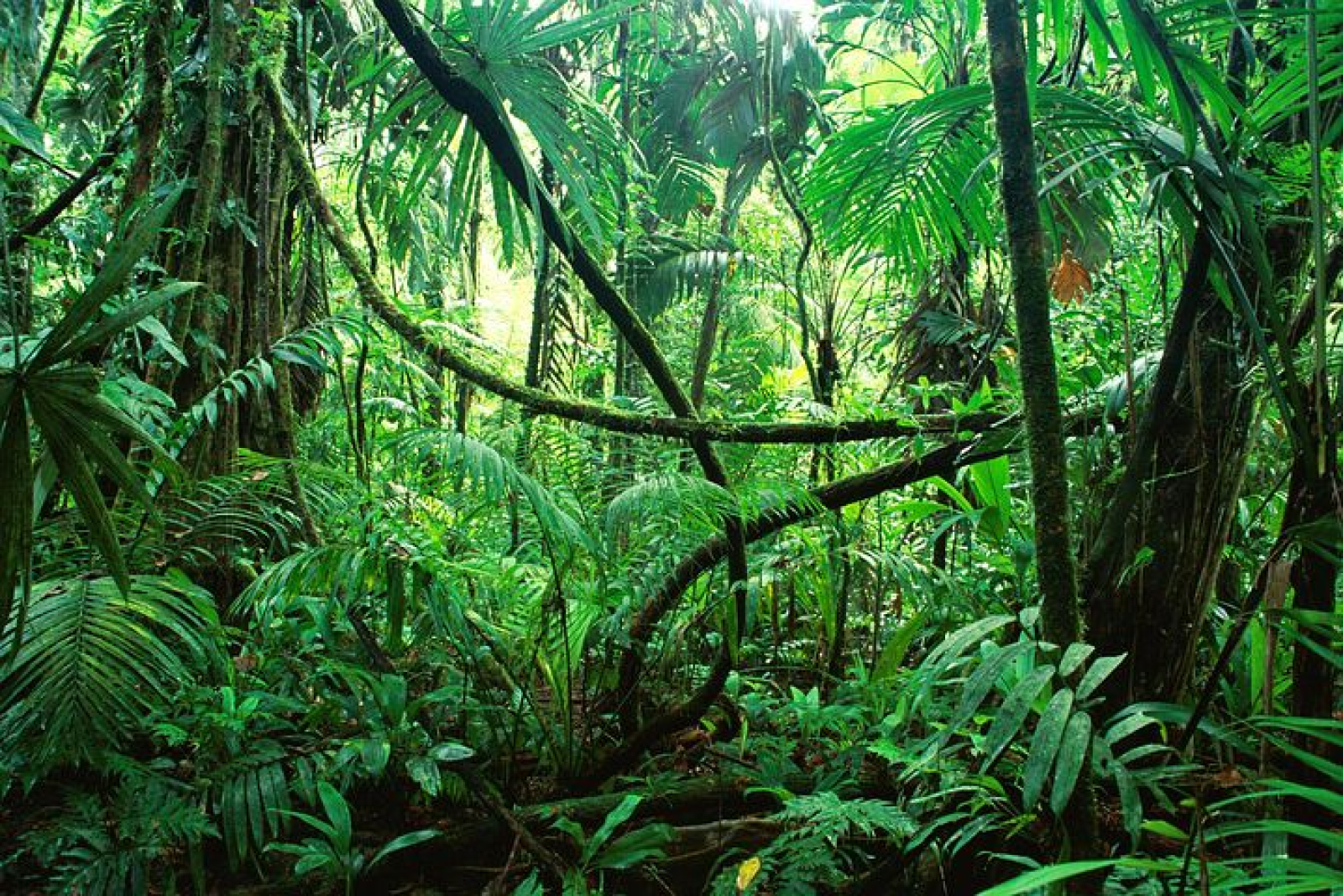 Shafaians are the Human residents of Shafai, and live in a society that is partially inspired by the northern Human civilization. However, there are various differences that stem from the environment which the Shafaians find themselves in.

Prior to the arrival of Humans, Shafai was a feared land. Most Dragonborn feared to go there, believing rumors that anyone who stepped on it was doomed to never return to Elone. Dwarves cared little for a forested land, so they ignored it, while Elves had differing opinions that basically came down to the Wood Elves wanting to go, and the others forbidding it.   Yet there was not a race with as much reckless abandon as the Humans, and this was proven when they traveled there. But to understand why, one must go back to Nerodil. Gellark Lionrage founded Nerodil after the first Court Wizard Varth Dreamless wiped out the Goblins living there. 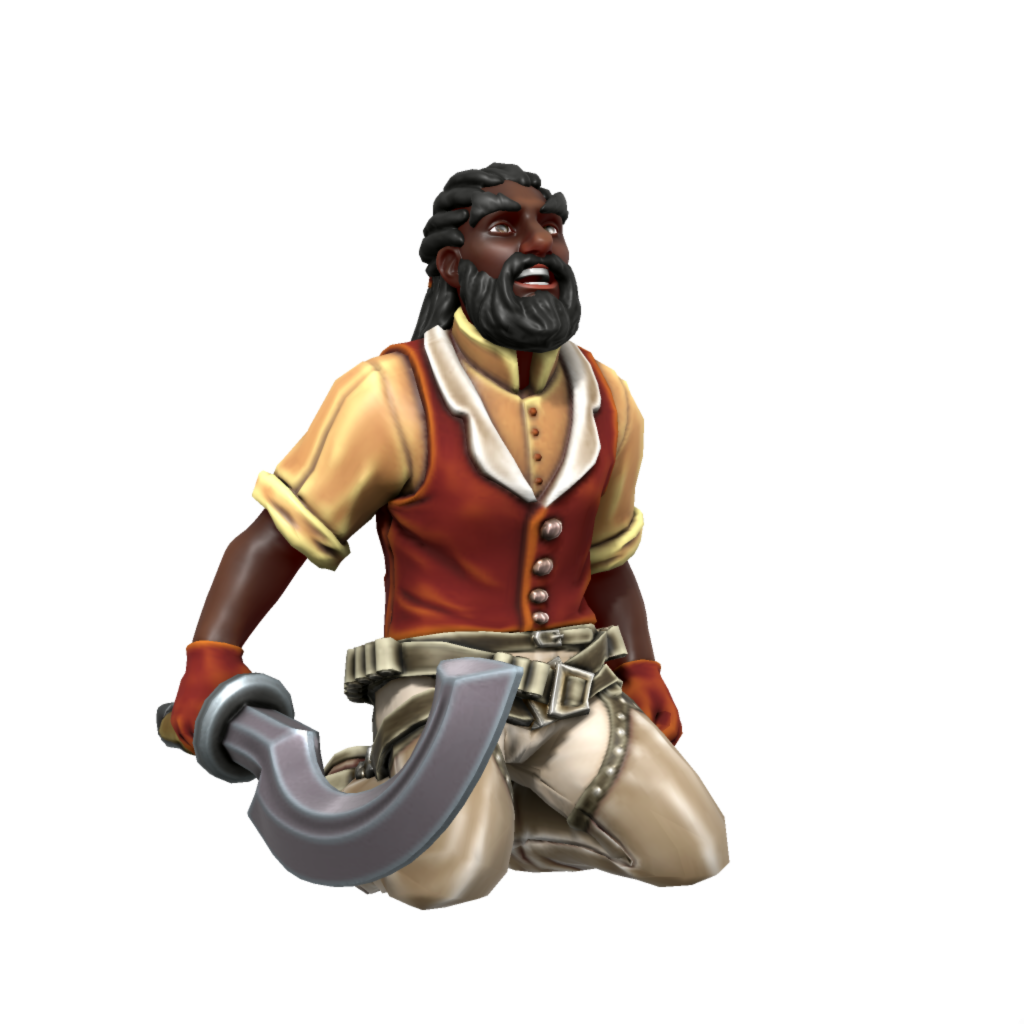 Neized Shaka by Jarhed
Neized Shaka, however, disliked Lionrage's plan. Shaka was a relatively influential man with no profession, as there was no settlement. Still, his word meant something to the Humans.
He found the idea of living on stolen land, that carried so much blood in its soil, to be disrespectful and outright evil. So he, and a group of people he trusted continued roaming for land to live on.   In most of the places they went, they were met with distrust or were told to get in and get out. The current Grand Wizard of the Dragonborn, Perzita Theldrar, told Shaka that he could only stay if he fought her, so he declined.

The Journey to Shafai

Instead, Shaka refused to listen to all the warnings he was given. He asked the Dragonborn for three boats, and said they would never have to worry about him again. Leaving from Bortan, Shaka and his followers set off in their three boats: the Kasai, the Vaal, and the Benue.   Shaka was on the Benue. He hoped it would be an easy journey, but he underestimated the stories. Raging storms followed them their entire path, and some of the underwater denizens of the Southern Triton Cities didn't want their ships to make it. So the Benue was sunk, and the Vaal had a hole put in its hull that nearly sunk it, had they not landed in Shafai right before it sunk.   When the Benue sunk, Shaka believed it to be the end for him. He watched many of his men give up in the rough seas, or watched as they were pulled under by Triton or other fish folks.   What Shaka did not expect was the Kasai coming back to save him. Pushing through the waves, attacking the swarming fish folk, the captain of the Kasai, Babajide Kan steered his ship to Shaka. Kan then personally jumped in the water to rescue Shaka, and the two sailed to Shafai with the remnants on the Kasai and the Vaal.

Things were not any smoother in Shafai. They fended off attacks for years before they finally made it to the safe coastal inlet they called Iganjojo. There, Shaka helped build into the trees as they learned from the teachings of Corellon in the nearby temple. Shaka founded two outposts on the mouth of the bay, two large trees known as Tower Trees where the invaders could be spotted. 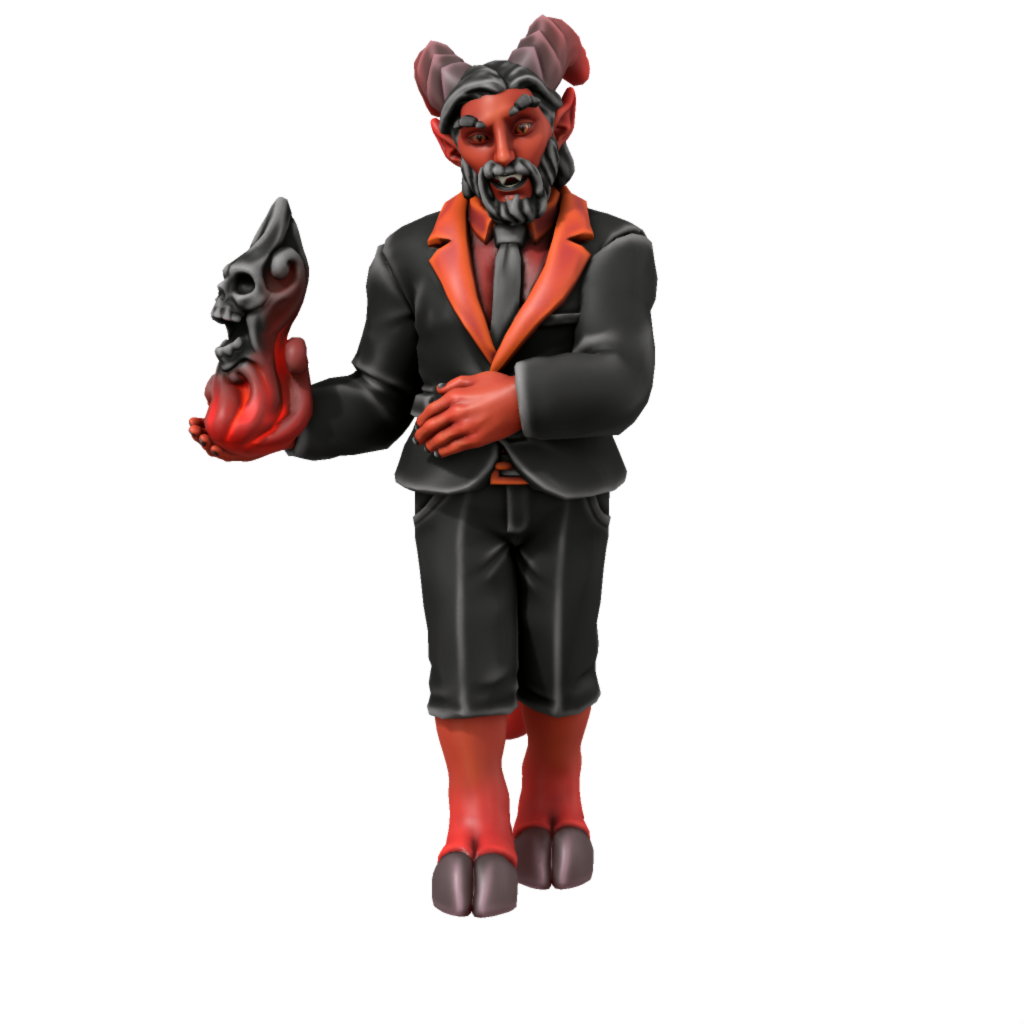 Profit by Jarhed
Shaka did not expect, however, to find that Shafai was already home to Devils, who began picking off his men for their souls. He created an outpost to watch out for them, known as Maduguri, but still his men would continue to die to the Devils.   It was only when a traitorous Devil met Shaka that he learned the truth. The Devils were all there because of the most influential family of Devils, the Cousins. Specifically, the leader of the Cousins, Cousin Garry. The Devil said that he could give Shaka the strength to fight these Devils... if only Shaka shook that Devils hand. Shaka, out of options, shook the hand of the helpful Devil... who went by the name of Profit.   Profit fulfilled his end of the deal, granting Shaka the strength to send the Devils on the main land of Shafai packing. Then, Shaka took the Kasai to an island off the Western Coast, where Profit had told him the Devils were coming from.   He was unsurprised to see that the building there was called the Cousin Mansion, and he entered it without fear and with his strength rejuvenated.

Shafai is a continent covered in a vast, diverse jungle. Almost every inch of the continent is covered in jungle, or at least... it was.   Shafai was, however, colonized by Devils long ago. A Manhottan logging company by the name of Hell's Landscape cut down about a quarter of the trees for business, as well as to make money off of vacation homes for Devils that want to live in Totania for a time but don't want to be surrounded by the dangerous vegetation.   The Shafaians, however, settled in the part of Shafai where there was vegetation, and they have a very special relationship with nature there. They believe it is not to be destroyed, but instead, be respected and protected as much as possible.   Shafaians do not build their city outwards, out of fear of ruining nature. Instead, their only major city, Iganjojo, is built upwards, up into the Heavens, to preserve as much of the jungle as possible. They also carve their homes out of the trees so that they are more in touch with nature.

Part of this comes from Corellon, Goddess of Beauty, Art, and Magic. Corellon's temple is at the center of Shafai, and Shafaians are believed to have truly learned of the beauty of nature from her teachings. It is also why Shafaians have potent magic, as they have more of a connection with her teachings.   Shafaians also believe that their ancestors are carried on in the nature around them. Small monuments to these ancestors are kept in that ancestor's favorite region of the forest so they can be surrounded by that nature.   Many other races in Totania believe this to be a primitive belief system, as the existence of Heaven and Hell and other realms is not myth but proven fact. Shafaians even live near Devils, yet believe that ancestors should be buried near their favorite places as if it would matter.   Shafaians insist that it does matter, for while the soul goes to a realm beyond comprehension, the body stays in Totania. To those in Shafai, it is just as important to contemplate what happens to the body as it is to contemplate what happens to the soul after death. Therefore, they make sure the body is somewhere it once loved so that it can be in peace.   The Shafaian belief in natural beauty does not just extend to the world, but also to people. Shafaians do not normally wear makeup, and those extremely devoted to Corellon (most notably her Priests) do not wear much clothes, or at least try to reveal as many parts of their body as they feel comfortable revealing in their everyday attire.

Remove these ads. Join the Worldbuilders Guild
Shaka, however, was instead met with betrayal. Sitting in a large comfy chair at the center of the foyer of the mansion, sipping wine and reading a newspaper, was Profit. Shaka questioned what was going on, but Profit revealed it to him in simple terms.   Profit was Cousin Garry, that was his original name. He was the Head of the Cousin family, and he wanted to have a little fun and get a nice soul out of it. And Shaka's soul... it was certainly one that would fetch a high price after taking out so many Devils and founding an entire nation. Shaka, enraged, lashed out at Profit, but found that he could not move. He was withering away, and Profit laughed.

"That, my good friend, is the Art of the Deal. You got the strength you wanted, and a clear continent for now. And I... get your remaining years of life, and your soul. If I must say, then I will say... good deal."
— Profit

Shaka died, and Profit sent one of his lackeys to return the ship to Iganjojo to inform the Shafaians. He was not a monster, he was simply a businessman (though in Hell, the words are interchangeable).   After Shaka's death, Babajide Kan took his position as the leader of the Shafaians.

The Shafaian government has a Chancellor at its head, who leads them in both political and spiritual matters. They take direct teachings from the Head Priest of Corellon in religious and spiritual things, but in terms of politics, their word is law. The current Chancellor is Zedrel Girnorgo, who took the position three years ago. 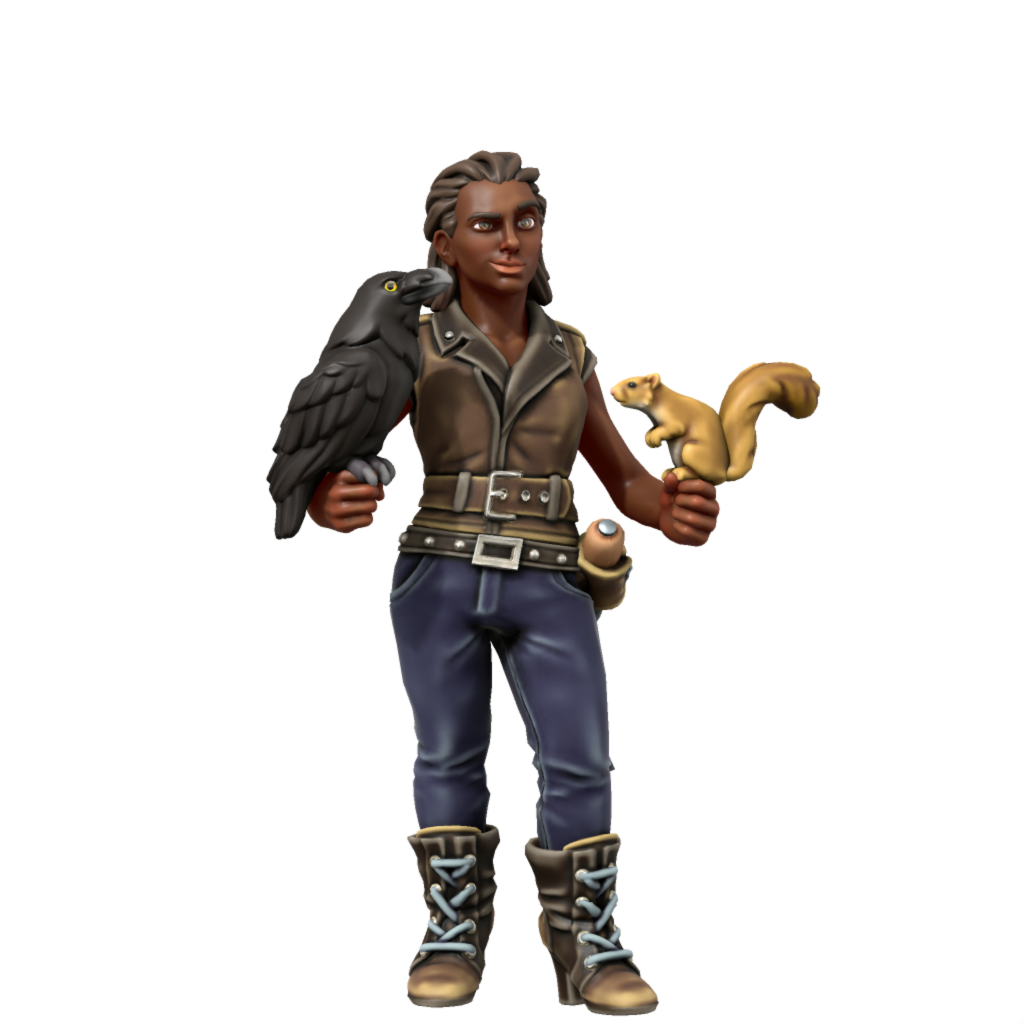 Shafaian culture is heavily dependent on nature. When a tree is dying, Shafaians will tear it down, replant a seed in its place, and use the tree for art.

Shafaian art is made with secretions of trees as its paints, as the trees in Shafai produce such a wide array of naturally beautiful substances. Dead trees are carved down into flat canvas that can be painted on.

Shafaian courtship consists of standard dates, as in Human society, but normally instead of going out to restaurants or anything, the couple goes out to each other's favorite places in the Jungle. There would be a date dedicated to each place, and the Shafaians would rant and rave about why this part of the Jungle is so great while their partner listens. Sometimes, this is a deal-breaker, but if there is truly love there, then this only strengthens their bond.   Marriage ceremonies in Shafaian culture take place at Tower Trees, with one person in the couple at the North and the other at the South. They look across the bay at each other as they go through their individual parts of the ceremony, and then once it is over, they race to swing across to the other first. If they swing at the same time, they must continue until one of them makes it before the other can leave, and then they may be together.
Totanian Races

Answering: "an ethnicity surviving in an inhospitable region"
Visit Jarhed's Competition Page Check all other answers to this prompt Competition Homepage