Puppetry has such a variation on its uses that it is difficult to broadly list it. This article will do its best to generalize its uses.

The most famous type of puppetry is that of String Puppetry. This consists of people making strings of their magic and simply manipulating a doll or a person to move with those Strings. It is the simplest form of Magic, as with the Strings the user knows exactly what part of a body or object they are manipulating.   However, this also makes it the weakest, as they cannot control the more minute parts of their Puppet. With most magics, as well, people can see the Strings of magic and try to disconnect them. Therefore, with less experienced mages with low control of their magic, their puppetry will suffer due to Strings.   This is not to say String Puppet Magic is weak at all times. On the contrary, it can be immensely powerful. It requires some major steps first.
First, someone must have good control of their Magic. This prevents anyone from disrupting their Strings.
Then, they must be able to make Strings so small that they are near imperceptible. Wind magic is best for this.
Finally, they must have the magical power to make enough strings to control every single joint, every movable piece, on their puppet. Some Puppetry mages instead refine their control of the major joints to the point where they can control all of it through minimal motion and Strings, but this is considered far too difficult for what it's worth.

Ventriloquism is the art of puppeting people. It is a simple art, but quite potent. One simply controls with nothing but the voice.   The voice is the most potent form of magic, with names and words having more power than simply a blast of magic, and therefore Ventriloquism is more potent than other forms of magic.   In using the voice, they can command the body of people to do what they please. This is often considered evil, as people can force others to do things against their will. However, less powerful ventriloquists need the permission of the subject to puppet them. The more powerful someone is, the easier it is for them to break through someone's will.   However, the stronger someone's will is, the easier it is for them to fight against Ventriloquism, if they so desire to. However, when someone is controlled with ventriloquy, or other forms of puppetry, their power and strength are boosted. So some puppeteers control their allies to increase their power.

In Dragonborn society they were once called Evits, dolls that came from Evity which could be used to control people. The name would eventually change in popular culture as the term Voodoo, and the ways of Voodoo, became more well known.   To make an Evit, one needs fabric or some other malleable material. Some have been made of wood, which is harder to use but still possible. Then, they need hair or some other piece of DNA from a person. Finally, they must carve a crest that represents this person into the doll to show who it is meant to be. This will link the doll and the person together.   Then, they can be controlled through the doll. If magic is pumped into it, the limbs of the doll will make the limbs of the person move how the puppeteer wants them to. They can also attack the doll and harm the person.

Considered the most inhumane of all puppetry techniques, Babanry is also known as "Control of Babes" or, more simply, "Baby Control." Infants are more susceptible to magic, meaning that if someone were to imbue a baby with magic like they do inanimate objects, they would be able to control the baby as they do inanimate objects.   This is in most places a horrible crime to do, but some mages don't care about moral right and wrong. For controlled people gain power boosts, so babies controlled with Babanry grow to be quite strong. 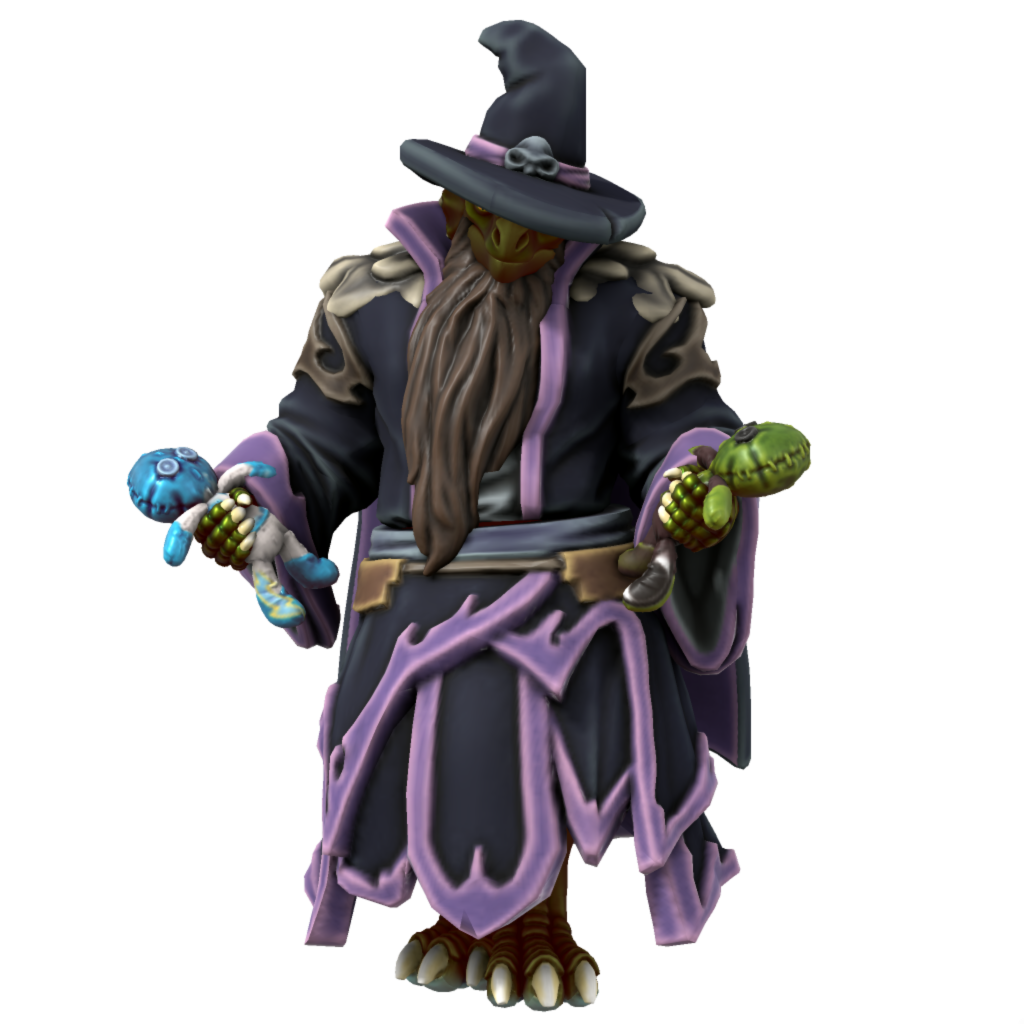 Also known as the Puppetmaster, Aaren Ildial is a descendant of Kilprax Ildial, the first Grand Wizard of the Dragonborn.   Aaren has studied Puppetry more than any other currently living mage, and is acknowledged as the greatest Puppeteer alive. However, Aaren does not like that term. Aaren views it as overly performative, like his ancestor was. He believes in practicality, and does not care about showmanship.   He knows every form of puppetry, though he has specific favorites in things like armies of inanimate objects and voodoo dolls to injure living people without needing to directly attack them.   Aaren dislikes direct contact, and therefore keeps voodoo dolls of all potential and current enemies, sending small inanimate chests out to steal their hair to put in the doll. Then, he carves symbols that represent his target to further strengthen the connection.   In recent times, he has been seen carrying puppets of rival Dragonborn figures like Nalrik Tilrak, Orlayas Ojeux, Higar Vixik, Vardid Liloryas, and Salasar Feaphed. He is a staunch supporter of Evity as a sole unit, rather than working together with the other villages.   During the Chief Crisis, Aaren supported Onkesh Tazwunak's claim to defeat the other villages, but did not support him becoming Grand Wizard. Aaren dislikes the title, knowing no one can live up to his ancestor, as he has never been able to do either.

Many aspects of Puppetry are considered frowned upon, such as Voodoo Dolls, Ventriloquy, and Babanry. They are believed to exploit people or objects, and therefore are consdiered inhumane.   This, of course, does not stop people from doing it. Instead, it allowed it to become quite prominent in Evity, where forbidden magic is practised. It became the most prominent form of magic there until necromancy was popularized. After that, even Evity would often frown on practicing Babanry.