The Northern Sea is the second largest Ocean in Totania, after the Great Sea.

The Northern Sea spans the entire northern part of Totania, separating the land of Moroza from the rest of Totania. It is all around Moroza.   The Northern Sea reaches into various smaller seas, rivers, and bays. These are things like the Gulf of Cassis and the Strait of Ildial.

The temperature of the Northern Sea varies depending on the region. In the area between Elone and the Northern Islands, it can be quite warm, allowing for beach vacations and enjoyable trips.   Once one gets into the Northern Islands, the temperature begins dropping. To go into those waters, for many, is not something they'd like to do, as it's naturally colder than most other bodies of water.   North of that (and north of Udai), it is considered impossible to survive. The temperature drops so low that people can freeze to death in that water. It is part of what discourages Orcs from travelling the sea, as many have frozen off the northern coast. The same goes even for residents of Moroza like Mishans and Wolfmen.   Some crazy people are said to train in ice water to survive in the waters north of the Northern Islands, but many say there is no point, as even if one survives the water, there are many other dangers that are as of yet unknown due to people avoiding that section of the ocean. It is a mystery what lies within it, but whatever it is, it cannot be good.

The Northern Sea is the saltiest ocean in Totania. The legends say it is the tears of the Giants as their kingdom drowned. They were so large that they filled the Northern Sea, drowning themselves and keeping the salt within the water.   This is where the Northern Sea gets another one of its names, the Ocean of Tears. When ships crash or people drown within it, they are said to be "taken by the tears." For this, people have been known to walk into the Northern Sea to die, considering it a rather poetic way to end their lives. Most governments have warned against this, as the body cannot be buried.

The Northern Sea was created during the time of the Giant Kingdom. At that time, the Giants lived on a northern continent that was connected to Elone, and the only ocean was the Great Sea to the South.   Sehanine was jealous of this. Melora, who had created the Great Sea, had been getting too much credit for doing this. Sehanine wanted to show she was just as good as Melora, and could do it as well. She wanted an ocean of her own, just as she had made a Sun of her own with the Realm of the Moon.   Sehanine also disliked the Giants. They did not honor her like some other Gods. Erathis, Kord, and the Nameless God were the ones they worshipped, and some other Gods were praised on occasion.   So Sehanine made an ocean of her own. One that just so happened to flood the Giant Kingdom, submerging most of the Northern Continent and instead creating what are now the Northern Islands.   This destroyed the Giant Kingdom, spreading the Giants out to other continents and destroying many of their structures. The Northern Sea rivalled the Great Sea of Melora, but it still did not reach its greatest expanse.

Remove these ads. Join the Worldbuilders Guild
The Dragonborn village of Evity especially warns against this, though many say it is because they wish to use Necromancy to revive bodies, and cannot do so if the bodies are swallowed by the sea.

The Northern Sea has two major Gyres, or tidal whirls. One above Elone, and one in the Northern section of the Abral Islands.   The Elone Gyre rotates clockwise around the Northern Islands. It is made up of various currents that stretch from places like Perilun, the Ruins of Lorev, and Saumart.   The North Abral Gyre, also called the Narayama Gyre after the city at its center, rotates counter-clockwise, and is made of currents that go around the Abral Archipelago.   These rotate warm and cold waters depending on the season, even sometimes making the sea above Elone cold in wintertime.

The Northern Sea has a deep history, even beyond its mythological creation by Sehanine.

The Boat of Life

The first story to look at is the tale of the Frost Giant's escape from their flooding continent. A Frost Giant named Nataneal made a raft with all the Ice Magic he could muster, getting many Frost Giants onto the ship and sailing North.   It is said Sehanine continued to make the tides larger to stop their ship, even tipping it at points and sending some Frost Giants to a watery grave. It was only when Morrigan, the Goddess of Death herself, intervened, that Sehanine stopped. Morrigan said that to throw so many bodies into the sea was a waste, and that she should let them die naturally. It is one of the few times in history Morrigan is seen as level-headed.   In the rough seas, the Frost Giants struggled, but managed to reach Moroza, where they struggled to survive. They fought Wolfmen before eventually settling to an agreement to live with them in their nomadic lifestyle. Ever since, the Frost Giants have stayed away from the Northern Sea, fearing Sehanine's wrath and hoping she doesn't know of their survival. 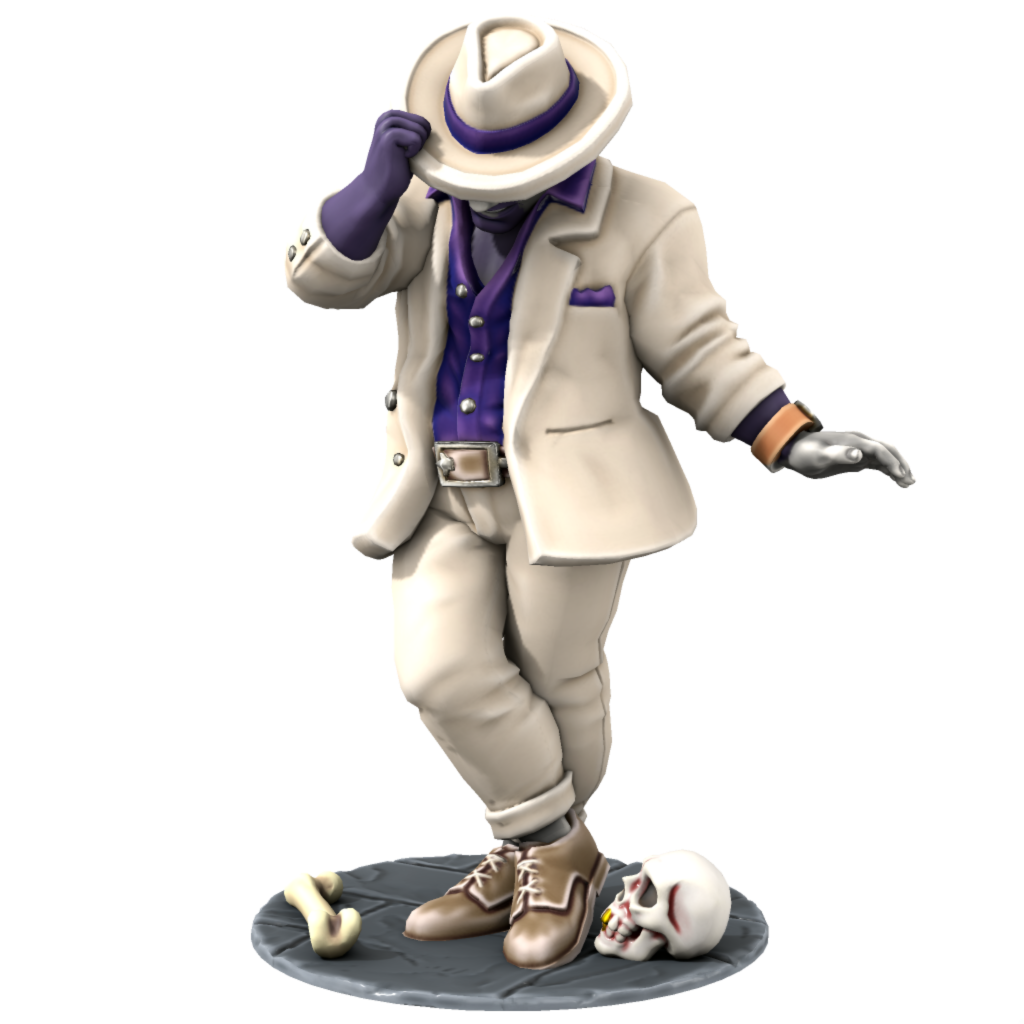 
Crossing of the Orcs

Orcs were originally residents of Elone, residing with the Elves. However, not long after creation, they fled their Elven kinsmen to go West to Udai.   Orcs have never had boats within their culture, so the exact way they crossed the sea is unknown. Some say it was the God Janus who made a door for them to go through, while others say the Strait of Ildial was either once a landbridge, or was less tempestuous, and that the Orcs crossed from there.   Whichever way the story goes, the Orcs crossed the Northern Sea to get to Udai, and have lived there ever since.

Some say that Orcs did swim, because a few generations later, Orcs gained an idea. To leave behind Udai and raid even the nations of Elone.   To do so, they attempted to cross the Northern Sea by swimming. It is unknown if the reason for this is stupidity, or a natural instinct to swim across it as they were taught from their vague knowledge of their own history.

The Loxodons, with the help of the Crimson Court, brought the economic system of capitalism to Totania. With their perfect location on the Ruzrugh Peninsula, the Loxodons become a mercantile powerhouse, trading with much of the world to gain a major economic chokehold on the Northern Sea, which they have kept to this day. 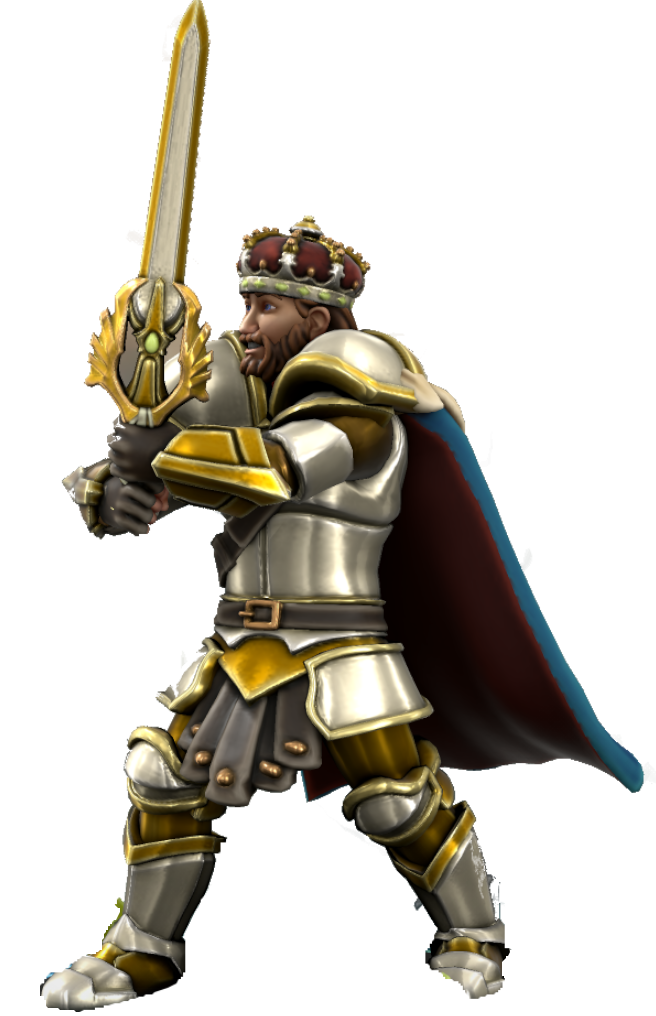 
Disappearance of the King

The First King of Humanity, Gellark Lionrage, went through an ordeal known as a Dreamless Sleep to found Nerodil and become King. He was King for over ten years before setting out on an expedition.   For Gellark wished to learn more about the world he and the other Humans had found themselves in. He went with an adventuring party out north into the Northern Sea to discover more of the world. He vanished, and no trace of him has ever been found.

Control of a Tyrant

A Kenku King named Tyrant, who resides in the Hall of the Mountain King, took power in recency. His ability allows him to control the land around the Hall, which includes that under the ocean.   With this, he has blocked up many bodies of water around Udai to prevent ships from invading or taking refugees from Udai. Natural blockades exist in the sea now to prevent ships, though it has also blocked up the Triton and Merfolk populations from living in their homes.   Many environmental activists criticize Tyrant for this, while others criticize his mass extinction of Orcs who he personally finds to be a threat. Some people simply have priorities.
Major Locations