Halflings have an undeserved reputation as layabouts, lazy, and good-for-nothing... sometimes are even the subject of suspicions of thievery. Halflings simply know how to relax, and relaxing is the favorite pasttime of many halflings. There is nothing quite better after a long, early morning of work in the fields than taking an afternoon snooze beneath a shady oak or sinking into a favored hammock with a good book. Except Rosie's mince pies. Nothing is better than Rosie's mince pies and a mug of beer.

While roughly the same height as Hillfolk, valleyfolk are easily distinguishable from them. They have pointed ears, not unlike an elf, while hillfolk have rounded ears. Their heads and eyes are more proportional to their bodies as well, and they generally have less finely-boned hands and feet.

Halflings have a very strong patriarchal family structure, though societally women are equals. Valleyfolk tend to keep track of their extended family, and rarely move farther than across town from their parents. Thus entire sections of a community can become comprised of a single large valleyfolk family which the family's patriarch rules like a tiny kingdom. Valleyfolk generally congregate in farming or ranching villages ruled by an alderman or, where present, a member of the clergy.

Valleyfolk have square-shaped faces, with generally dark colored eyes and hair in shades of brown and black. Fair-haired or -eyed valleyfolk are very rare, and usually indicate interbreeding with other folken in the family lineage.

A valleyfolken has a given name, a family name, and possibly a nickname. Family names are often nicknames that stuck so tenaciously they have been passed down through the generations, such as Sneakfoot, Underhill, or Greentea. Given names are usually one to three syllables, with female names often ending in vowels and male names ending in consonants.

While most of valleyfolk courtship is traditional, male participants in the courtship are expected, but not required, to seek the blessing of both families' patriarchs after the third date if things are going well.

New relationships in valleyfolk settlements are supported by local family for several years, possibly extended by the birth of children. Both families lend hands in building homes and barns, cooking food, working farmland, and so forth. The young couple are expected to lead those efforts and coordinate everything, such as who is bringing what food to which barn-raising, and how many seats are needed at the week's end shindig.

Responsibility to the land, to family, to community, to the gods, and to self are key components of valleyfolk culture. Most halflings are agrarian or come from agrarian roots, and so they have a deep and abiding respect for the natural world. They are also frequently religious as a people, attending regular church or temple services.

Sex out of wedlock is one of the biggest taboos for valleyfolk, seen as irresponsible and for some religions blasphemous. Sleeping longer than sunrise is another taboo and is seen as the mark of a lazy ne'er-do-well.

Valleyfolk are flatly against relations with other species, though they (often begrudgingly) accept relationships with other folken, favoring mountainfolk in those cases. 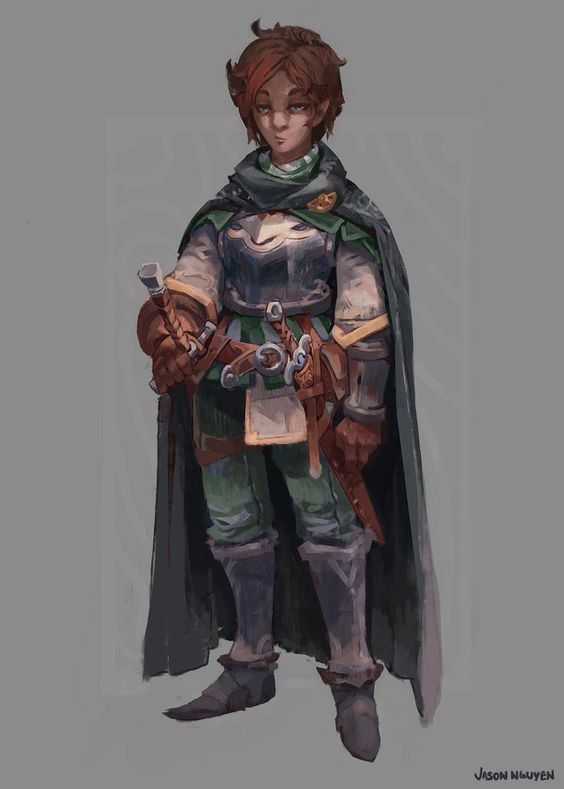 Your valleyfolk character has a number of traits in common with all other valleyfolk.
Lucky. When you roll a 1 on the d20 for an attack roll, ability check, or saving throw, you can reroll the die and must use the new roll.
Brave. You have advantage on saving throws against being frightened.
Hardy. You have advantage on Constitution saves against exhaustion and weather-related effects, such as extreme heat and extreme cold.