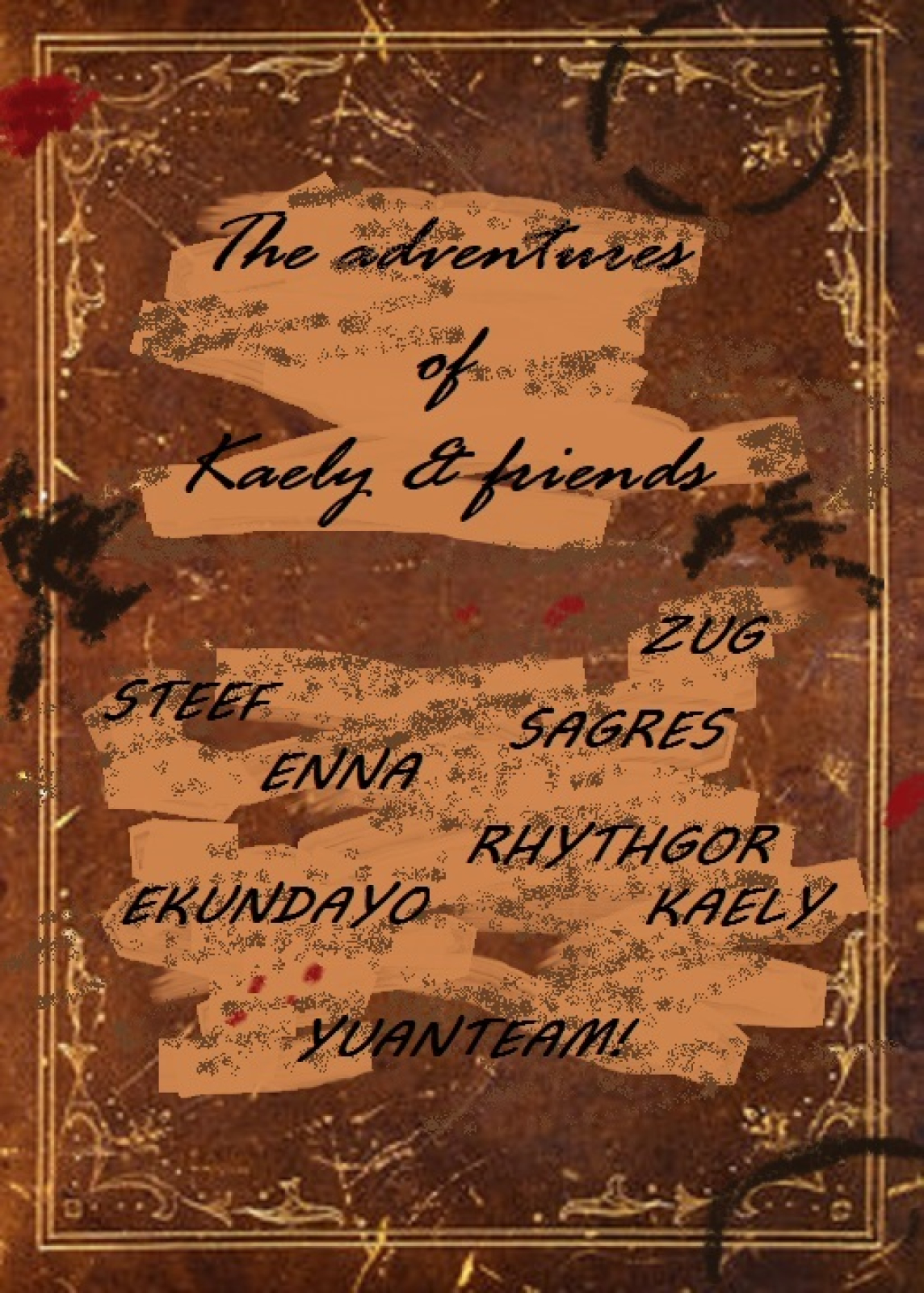 The One where we bribe some statues, almost suffocate, and end up at a silent army party.

Adventure Log, #75   We fucking made it.    To start where I left off last time, some of us were being chased by some gargoyle statues that just came to life with the sole purpose of murdering our faces.    We knew each pedestal was sort of assigned a metal, specifically gold, silver, platinum, and copper. We were hoping by placing a coin of each metal into the matching pedestal the murderous statues would retreat.    I put the one named Cruz to sleep and slipped a gold piece into the slot. Rhythgor, even though it felt like he wasn't really there with us, managed to slip the other coins into the rest of the pedestals. It worked! Fuck yeah. #cheers. Each statue returned to their pedestal and looked to be deactivated.    After that we thought it couldn't get any worse, so we decided to sleep there in the chamber. We are not known for good life decisions. This one worked out for most of us, though. All but Eek was able to get in a good rest. Zug and Sagres were on watch, with Sagres trying to get to know Zug a little better. He was rudely interrupted by Eek having some crazy nightmares. They said it was like he was haunted. Yikes on bikes, friends. That can't be good. But that is a future us problem. Eek was pretty exhausted.    The next morning we investigated the chamber. Sagres used his wand of secrets and found a secret pocket door made of shiplap! #YuanTeam! Steef helps hold the door open with a crowbar and then went into the secret room. He sees some skeletal remains embedded in the wall. It was holding up an iron sconce with a red candle that was lit. Fucking weird, right? there were also carvings on the walls that depicted cities being destroyed by volcanoes and lava. I guess that explains why it was Hot AF in there! There were also holes in the ceiling. WTF?    Sagres and Steef tries a few different things to unlock the mystery of the secret shiplap-door room. Prestidigitations the cande out- the door closes. Steef opens the door again and the candle is again lit.  Steef reminded us that the poem we saw earlier said something about death to fire.  Sagres uses the immovable rod to keep the door cracked and then blows out the candle. That didn't seem to anger anything so he casts some spell about Agatha, which mutated his fucking arm to stretch like Mr. Stretch Armstrong (the fabeled legend). With his stretchy arm he tries to reach in and grab the candle, but it seemed to be protected. He tries to squeeze himself in the room when the forcefield activates again and he realizes he cannot use magic in the room.    Zug tries to rush in all monk style and grab the candle, but as soon as he does the holes in the ceiing start skeeting fucking lava! Sagres tries to save him by throwing him a grabbling hook, which Zug couldn't quite catch, but turns out the lava didn't melt his face off.  This room is an asshole.    Sagres tries to rush in the room again, and then he disappears! WTF?!  Zug removes the immovable rod to try and reignite the candle, but it fails. What is seriously up with this fucking place?  Eek is no help and just sends tots and pears for the next lots of minutes.  Zug enters the room, puts out the candle and then he fucking disappears too! This is not great.  I freak out, run in and dump my panic flask of water on the candle, and yes friends, I too disappear... to another tiny room, but this one has no air. Super.    This room is pretty similar to the last. There are bones with a sconce and another red candle. This one is not lit. Sagres notices the bones are waxy. He tries to attack them, but couldn't quite do any damage. Probably because we were suffocating. Zug smashes the bones and we felt some air! When we go to take a nice deep breath in we are teleported to another fucking room. I want off this ride.    Our new room is filled with what looks to be an army of statues. We are teleported to different runes within the room. Sagres lands on a broken rune and is hurt a bit. We quickly realize this is the silent army from the poem so we keep our mouths shut and hope the others can make it here.    One by one the rest of the group joins us. We still have no idea what is going on, but we make sure to let them all know to keep quiet. We ask our gods for advice. Mine is the Froghemoth. He just said to stop fucking around and open the damn coffin that was sitting in the middle of the room. I whisper that to Zug and then we wait for the others to join us so we can open the damn thing! I really hope the Froghemoth is trustworthy. I should maybe check my notes and see what we know about him. Oops.    xoxo,  Kaely
Report Date
08 Jun 2022