The spiral "Galaxy 12" configuration of planets and galactic phenomena is overseen by The Collective, an alliance of representative councils from advanced societies.   The spoken goal of this cooperative group is to make the galaxy a safe and prosperous place. How that will be accomplished is a matter of much debate. Each member council is the dominating power or sole purveyor of sentient life known within its star system, and each member council has its own plan for what "safety" and "prosperity" may entail for its people and planets.   Initially, the alliance focused on exploration, but upon discovery of Musae and its following 40 years of studying and experimenting upon the time dilation effect surrounding Galaxy 12, everything changed.   Despite their disagreements, all of the alliance members now agree that the key to success will be the budding technology of the DreamerLink. Dreamers and their energy will be utilized to secure each council's interests in Galaxy 12--and to keep an eye on others using the technology.   The Collective's founding and current members include the following major powers:

All planets in The Collective can benefit from free trade. This is complicated, however, by some councils' simultaneous desire to keep their populations in the dark about what resides out there in the galactic night.

I'm sorry, but we just can't integrate that trade good with our markets. Corporate should keep them. Our people are happy with what they are provided. Why give them "options"?
— Lutetia's Head of Consumables - Consumer Goods Department

Through The Collective, we shall provide rare gifts from the gods.
— Clotho's Demidivinity Quintet

Of course, where there is profit to be had, there are ways to acquire goods--and a trade group which specializes in more covert deliveries has begun to fly between Galaxy 12's star systems.

All planets in The Collective can benefit from information shared openly during meetings. But though a contract is signed, this does not mean trust is wholly present. There are always those who need to know more about motivations, inventions, and the best early investments.

Interesting. You say the people of Clotho have yet to reach the Industrial Age? Perhaps a diplomatic mission to feel out their interest in better farming techniques would be warranted...
— Spheroid 42's Coalition of World Leaders

You sent diplomats here? We're sorry, but no one from Spheroid 42 ever arrived to meet with our citizens.
— Clotho's Demidivinity Quintet

A new profession is springing up among the stars. Gathering and trading of information such as production techniques, blueprints, shipping routes, and projects underway has not yet been driven to dark intent, but whispers abound.

All planets in The Collective can benefit from a healthy roster of alternate-dimension Dreamers and compatible Galaxy 12 Recruits. To guide this process and ensure equal distribution of resources, one being from each member council within the alliance has been granted a High Seat among The Collective. These individuals see to the operation of and funding for the initial training facility for the project: The Hub.

Protect Galaxy 12. Apply for a DreamerLink Today.
— Advert plastered on lightpost in some Spheroid 42 alley 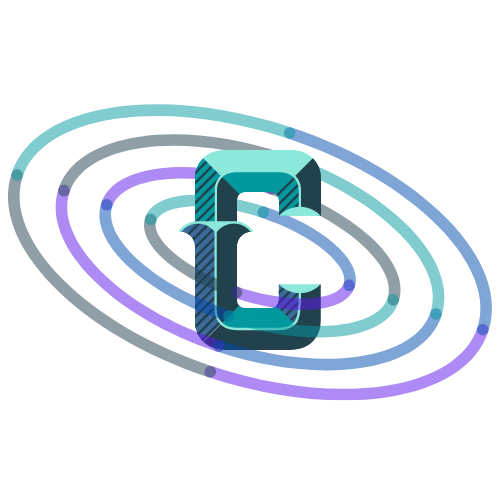 Galaxy 12 is largely unexplored by spacecraft given its painstakingly slow process of mapping out star systems. The DreamerLink project's capability to close the time dilation gap has assured many within the alliance they will soon speed toward discovery & classification of life-bearing planets: as resource contributors, enemies, or diplomatic potentials.
Type
Political, Alliance
Power Structure
Federation
Economic System
Mixed economy

Prosperity does not look the same from every point of view. Each member council has its own definition of success, and nowhere is this shown better than in the variety of professed interests their star systems hold.   Click on the interests below for more.

Faster building, faster space travel, faster mining! The Corporate Heads who own Lutetia's ecumenopolis want to make everything develop in leaps and bounds beyond where it is now, including overflowing stockpiles and overall progress toward a stronger power structure.

Trade is an agreed-upon mutual benefit, however Lutetia intends to discover how they might take point on this profitable venture.

The Science and Technology Departments on Lutetia made huge strides with the DreamerLink, but that is hardly the end of their continued path of discovery and invention.

Many of the councils in The Collective profess interest in settling more worlds, thus spreading out their claims to the stars. However the Demidivinity Quintet of Clotho has an explicit goal to conquer a system apiece, with each demigod or demigoddess in their pantheon bringing their believers to a new promised land. By monopolizing a system under individual influences, they look forward to easier isolationism and an erasure of conflicting worship opportunities.

Those who do not merely want to trade but also have more to trade with express an interest in claiming additional star systems for this purpose. There is considered to be plenty of stars to go around, and Spheroid 42 intends to colonize and capitalize on a larger variety than anyone else.

Strong relationships with other star systems--as well as ways to leverage them--is key to Spheroid 42's strategy. After all, they have plenty of practice on their own, a planet brimming with countries and people often swinging between "at odds", "enemy of my enemy", and "it's complicated" statuses brings natural nuance to diplomatic endeavors.

Of concern among many members is that danger lurks around the corner of the next star. Setting up planetary defenses with ships, weapons, and personnel is the primary intent for Bennu Port, the crown jewel of the Bennu fleet of luxury yachts, transports, and space stations.

Another joint effort among The Collective, limited not by the energy provided by the DreamerLinks, but via the technology itself. Though upon arrival to new planets mapping and cataloguing data will be easier and swifter than before, so far nothing can be done to speed the travel through space itself. Bennu's already flourishing ship-building market has a certain edge, as lack of competition in the market means they can adapt faster and currently maintain their position as the sole provider of expedition craft for The Hub.
Success of any of these interests requires integration of the DreamerLink process and well-trained Recruits at The Hub, seen mapped below.
The Hub - Control Room Level
Open full size
A multi-level starstation and port of activities for the Collective, The Hub is the starting point for all new recruits.  Initial training areas are broken into zones aboard the station, including three of the most popular: Herbalism, Scouting, and Diplomacy.   Living quarters are in the East Wing, with each recruit receiving a small bunk with built-in drawers and shelves, and a designated locker in the space.  On high recruitment months, those newly linked to Dreamers will be bunked 3-4 in a single room, however recruitment has been low and often only a single recruit will enjoy an entire bunkroom to themselves.   Recruits are expected to clock in daily on the starstation computers, which allows a measurement of the DreamerLink as well as providing missions to be accepted on top of training work.  Field work is next, and recruits will find themselves with more than enough opportunities for advancement as time progresses.
Overview
Learn More

Join To Do List Adventures Discord!
Copyright 2020-2021 Once Upon a Goal, LLC. To Do List Adventures (TDLA) is owned, developed, and supported by Sarah Templeton (WA: DaniAdventures). Logo and Banners commissioned and created by the talented Garrett Lewis (WA: Timepool). All Content and Images, unless otherwise stated, are licensed or designed by DaniAdventures. Any additional artwork is credited to its respective owners.

Ooo this is really interesting. I like the little pop outs with all the different interests of the Collectives. :)

Thank you for reading and poking at the interactive bits, Emy! <3 I was trying to keep it from being overwhelming, but still having enough info to define the planet groups.