The founders of this republic keenly understood the value of unity, whether that be between individuals, organisations, or counties. It is our duty as citizens of Skarhu to uphold this value in all things, and to ensure that we do not isolate ourselves from the flow of history.
— Excerpt from the inaugural speech of Yeilang Jianghal, 275 AC

Yeilang Jianghal was President of the Republic of Skarhu, serving from 275 to 281. While not often mentioned in the same breath as legendary Presidents such as Yuli Olhahna or Tahla Mohil, Jianghal is well respected for her accomplishments during her time as President and in parliament.

Yeilang Jianghal was born in Lialkoul in northwestern Skarhu in late 235. Her parents were both mages affiliated with the local academy, and raised Yeilang and her three younger siblings to have a strong knowledge of magic and its potential uses.   Compared to her siblings, Yeilang showed an aptitude for magic and was privately tutored by one of her parents' colleagues during the summer months, in any type of magic he could provide. When she came of age to attend the academy properly, she was regularly found mentoring other students on improving their casting, and developed a reputation for being a keen learner and able friend.   Before finishing her studies, she was recommended to seek a transfer to the prestigious Welákei Maazikee Soutachol in Waal Zaimyatl. It was in Waal Zaimyatl that she became enamoured with Portals, which citizens found almost mundane. With them, she made multiple excursions to the elven plane in the course of her studies, and came to understand the power of inter-planar communications and diplomacy. It was also where she met and married fellow student Zouyatl Lengje in 260.

After completing her studies in 261, Yeilang returned to Lialkoul. She joined her parents as a tutor and researcher at the academy, but found her new passion for portals would not be rewarded in her home country, as they were in fact illegal. She made efforts to convince her representatives to overturn the ban, but was ignored. Frustrated, she resolved to run for a seat in the Skarhan Assembly herself, not only to try and overturn the ban on portals, but to try and pass multiple other reforms she saw as necessary.   With effort, Jianghal was able to find a few people in the Skarhan north-west who agreed with her on many issues. Due to their shared positions, they were able to campaign far more effectively when the 264 election rolled around. Jianghal particular campaigned ferociously in the seat of Lialkoul, with multiple flyers and in-person discussions about policy. Incumbents and major parties generally ignored her rag-tag team, and were utterly shocked at how much of the vote they received. Jianghal herself narrowly claimed victory in Lialkoul, as did her colleague Seren Lahnam. The two joined the Assembly as independents, but plans were already in motion to form a fully fledged party.

Jianghal wasted no time brokering alliances with her fellows crossbenchers, in particular the Liberal Party, who hadn't held a majority in the Assembly since 252. Despite no longer being considered a major party, the two groups found some common ground, and formed a voting bloc in the Assembly.   National news first turned its eye to Jianghal when she, on behalf of her "coalition", spoke in support of a Globalist bill which would increase voter registration, arguing that the lack of action by the government on the issue had left thousands of voters unheard and violated Skarhu's founding principles. While some mocked the drama of her speech, the bill passed in the Assembly, and others noted that Jianghal's speech had swayed numerous crossbenchers to support it.   Soon thereafter, Jianghal and Lahnam became the founding members of the Planar Party, which also included two former Liberal members, as well as another former independent. With their unified platform and growing support, the Party was able to gain multiple additional seats in the 267 election. The same occurred at the 270 election, with the Planar Party becoming the third largest party in the Assembly, dwarfing their allies in the Liberal Party.

Path to the Presidency

Despite this success, Jianghal was unable to pass any laws relating to her key promise - bringing portals to Skarhu. The government blocked all such legislation, and the opposition were unwilling to partner with her. After it was suggested that being President might make shifting opinion easier, she set up a campaign for the 271 election. This election was not a disaster, but a split in votes returned incumbent Ihari Duembar of the Nationalists to the presidency. However, her margin was much decreased, and some on the fringes smelled blood.   A crucial swell of support for Jianghal came in 273, only months before that years Assembly election. With the aid of the crossbench and a few Globalists, Jianghal was able to a pass a bill which would decriminalise portals, paving the way for them to be installed throughout the country. The Skarhan Council very narrowly also passed the bill. But, Duembar vetoed the bill. Outrage from its supporters (and even some detractors) was immense, and the Planar Party made such significant gains at the election that they became the party of opposition. With their landslide, Jianghal reintroduced the bill, getting it easily passed through both houses and forcing Duembar to accept it.   Influenced by the public tussle between the two, Jianghal's second attempt at the presidency was an overwhelming success, narrowly defeating Duembar in 274. She was inaugurated as President in early 275, and got to work.

Now president of Skarhu, Jianghal set about establishing committees to investigate the details of establishing portals in the country, such as which laws would need to change or ideal locations. In support of this, she made multiple trips to Waal Zaimyatl to discuss the matter with their president and prime minister, as well as meeting with leading portal installers. Efforts were made to reach out to the Vosti Empire about the matter, as well as to do general diplomacy, but Emperor Ferean V refused to speak with her, later banning her and prominent researchers from entering the empire.   The Nationalists, sore from their defeats, tried to capitalise on every mistake or setback Jianghal experienced. A common claim was that Jianghal was a foreign agent, working to benefit Waal Zaimyatl and their portal industry, as well as claims she directly profited off installing portals. None of their rumours were well founded, but still found purchase among more radical elements. As a result, numerous efforts were made on Jianghal's life for the duration of her presidency, and even a few after.   Nevertheless Jianghal persisted, gathering the foremost portal experts to open one in early 277 outside of Plumtris. She was the first to enter this portal, and came back with a representative of the country on the other side, giving them a tour of the city.   Jianghal was comfortably returned to the presidency in the 277 election. She focused on expanding the portal network, especially into rural and hard to access areas, as well as improving the existing road and transport systems to connect between portals and town/city centres more efficiently.

Jianghal decided against contesting the 280 election, supporting Velka Velkan's presidential campaign. She was by no means done with politics, quickly re-entering the Skarhan Assembly in 282, and getting right back to work. She continued to push for greater inclusion for previously ignored groups, as well as increasing the government's funding and focus for magical education. She only retired from politics in 291, citing a need to spend more time with her family and for younger generations to take charge in the new version of Skarhu she'd helped create.   She remained active, giving talks on politics, magic, and/or leadership at various schools throughout Skarhu, and regularly visiting Waal Zaimyatl to 'continue learning', as she would put it. By far her biggest project post-retirement was the presidential campaign of her only child, Parhi Jianghal, in 313. Parhi's victory was one of Yeilang's "proudest moments", and Parhi's assassination in 314 "one of the darkest". Yeilang herself died of old age and a broken heart in 318, less than a month after her husband. 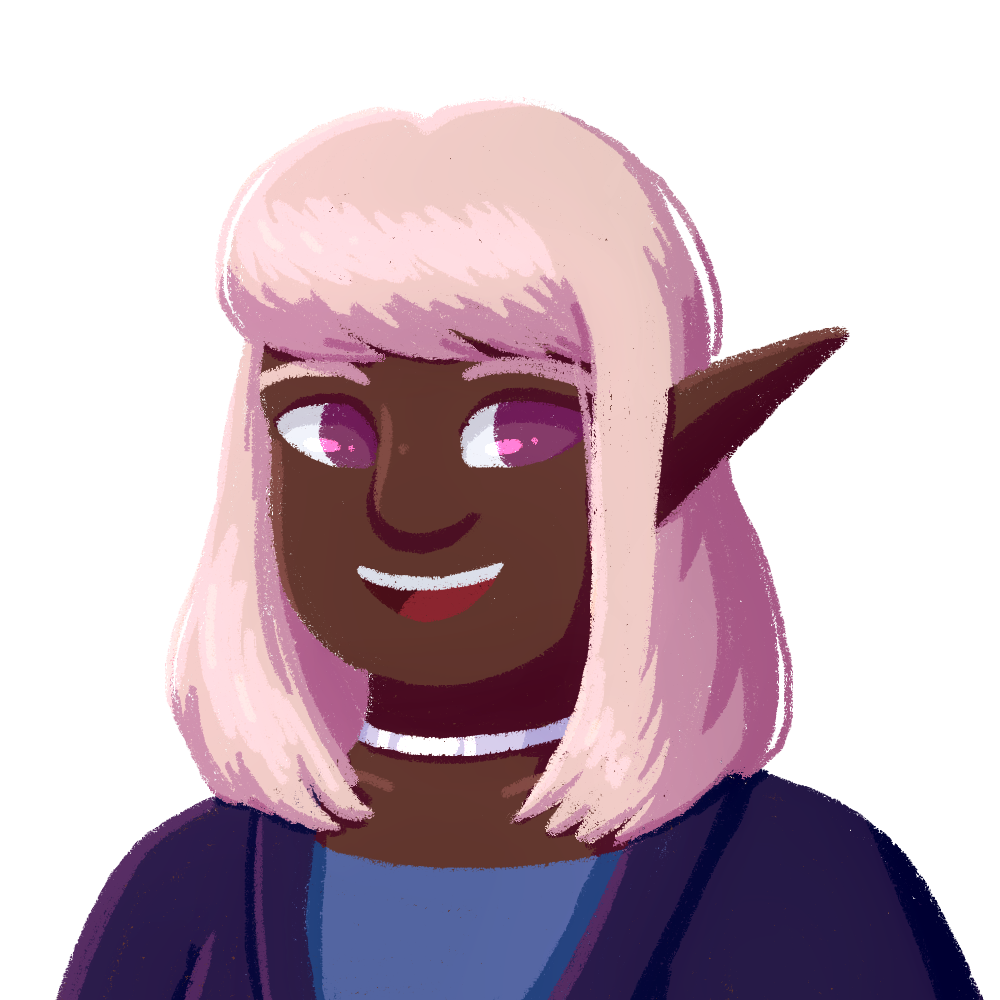 Many attempts on Yeilang's life were made during her time as President, as well as her later years in the Assembly. The one that stuck most in the public consciousness was the first. After a visit to Waal Zaimyatl to learn about portal manufacture and maintenance, she visited Skarhu's largest college of magic to relay some of her findings and discuss the matter with the country's best mages. While present, a student launched an attack on her in the courtyard, flinging fireballs and causing the ground to shake.   Before the college's staff could catch up and stop the attack, Yeilang dispersed the smoke cloud and knocked the student aside with wordless magic, before dousing the courtyard and checking on her companions. Despite the ferocity of the attack, Yeilang was completely unscathed, and her fellows only suffered minor injuries and burns.

Parhi Jianghal, born in 272, was Yeilang's only child, and was a sort of golden child of the Planar Party, following their mother into politics and claiming a seat in the Skarhan Council. Their decision to run for President in 313, and their subsequent victory, was met with a mixed response, many believing they were coasting off of name recognition alone.   This element, the fact their vice president was also their wife, and the fact they were open to truly negotiating with The Vosti Empire, are considered part of the motive for their assassination in 314. Very few of Parhi's detractors remained committed to the 'cause' after their funeral, which prominently featured the devastated Yeilang, Zouyatl, and now-President Fiyasha.

Aside from the Nationalist Party, most people agreed Yeilang Jianghal was worthy of respect during her Presidency. Even the Nationalist stance softened somewhat after the assassination of Parhi, reminding them of the humanity of their once-untouchable rival.   The greatest shift in the perception of Yeilang came after The Separation in 326, which destroyed all portals. Their destruction, and the chaos that followed, made many look far more fondly on the greatness they had once brought. Yeilang, for being the 'Mother of Portals' in Skarhu, is now fondly remembered by many.

This article was written for the Premier Politician challenge!
Please Login in order to comment!

Wonderful Article Isaac!   The sidebar and the portrait is so nice, I really love it :0

It's a very interesting take on the challenge. Someone who won't be remembered for centuries, with ballads and tales and myths, but someone who simply went very effectively about her job with some political knack and good old diplomacy. Unlike other politicians, she had a very singular goal, and stepped away from the task once she achieved it; something extremely admirable, as many in positions of power refuse to give it up.