And it is from there, upon those famous cobbled streets, that the Baron was plucked from his contemplations and dragged away, never again to grace the presence of the public.

In early 392, on an otherwise unremarkable evening, Baron Brasteon of Dovaldun disappeared from the streets of Shonyul. Very little tangible evidence for his fate existed until the discovery of his corpse in 414. Despite this finding, the details of what happened that night are still unknown.

Dovaldun is located in the Empire's north-east, and was where Brasteon lived. On this occasion, he had been summoned to the imperial capital of Shonyul for two purposes - to attend a meeting of nobles to discuss the issue of who would succeed Emperor Treveon II, and to visit Countess Elion of Wardis, who had two weeks prior had a baby. He booked a room at the Charging Dragon Inn in central Shonyul, paying to stay from the 32nd until the 38th.   The noble meeting was scheduled for the 33rd, but was postponed to the 34th owing to Duke Hintero of Shonyul being unable to attend while he looked after his wife Elion.   When the meeting went ahead, it descended into chaos, as attendees split along two lines - that the throne should pass by birthright to Princess Kiani, and subsequently to her eldest child, Duke Hintero, or that the Emperor should adopt an heir in the same manner than he himself had been adopted. Brasteon, despite being Hintero's second cousin, supported the latter group. Eye-witnesses reported that the two argued privately after the meeting, though its unknown how this ended. Afterwards, Brasteon returned to the Charging Dragon Inn.

In the morning, Brasteon visited one of his Shonyul-based friends, Lord Gloreon Skardel. He stayed for lunch with Gloreon, Gloreon's husband Paiyatl, and the couple's young child Payima. As a parting gift, he gave Gloreon a plain gold ring, telling him to either give it to Paiyatl as an anniversary gift, or save it for Payima when they were old enough not to swallow it.   He arrived at the Shonyul estate in the early afternoon, and stayed for two hours to talk with Elion. After declining an offer to stay for dinner, he gave Elion a gold ring with a Dragon's Blood gemstone and two small diamonds, telling her to give it to her child when they were older. He left an hour before dinner time.   He did not return to the Charging Dragon Inn that night. The owner, assuming he was staying the night with a local noblewoman, thought nothing of it.

As the 38th came and went, Brasteon failed to appear, and the owner contacted the local authorities. Owing to his distinctive red hair and eyes, the subsequent search by the Shonyul Guard largely focused on asking passerby if they had seen a man who matched his description. Unsurprisingly, they didn't learn anything, and Guard returned to their base with Brasteon's possessions.   Three days later on the 1st of Bremos, Brasteon's father Lapen Varmand arrived in Shonyul, asking about his son. Upon being told he hadn't been at the inn since the 35th, Lapen reported Brasteon as missing to the Guard. Now that he was officially missing, the Guard searched more intensely, with Lapen informing them of his son's plans in the city.

After exhausting their leads, the Shonyul Guard placed missing person notices throughout Shonyul's busy centre. Duke Hintero was spoken to for the first time after an eyewitness mentioned the meeting on the 34th. While the details of his argument with Brasteon remain confidential, the Guard apparently ruled that Hintero had no motive for harming Brasteon, and had an acceptable alibi. Furthermore, Hintero pledged his duchy resources to the search effort, having many of his loyal servants scour the streets.   A few days later, the Guard expanded their search area, reasoning that Brasteon may have been taken out of Shonyul. Notices were sent to all the surrounding towns and some further along major roads. Lapen Varmand returned to the barony of Dovaldun to rally local support.

With no word, sighting, or strong lead on Brasteon's whereabouts being found since the 35th of Yaros, the Shonyul Guard called off the active search. Hintero announced he would continue the search for the Baron personally. Additionally, Lapen said he would not rest until his son was found, and would make numerous trips to Shonyul in the coming months to investigate.

Nearly two months after Brasteon's disappearance, Lapen directly accused Hintero of orchestrating his son's presumed murder. Lapen's 'proof', such as it was, included the argument from the 34th and the general decline in the relationship of the cousins. This decline, Lapen said, began in late 391 when Hintero abruptly married Elion - Brasteon's girlfriend. In response to the allegations, Hintero withdrew all of his servants from searching, stating he would mobilise them if any news came. The Guard interviewed both men again, and came out empty handed.

A year after Brasteon's last confirmed sighting, Lapen made a plea through various newspapers for anyone with information to contact him. A few people sent word, but most of it was junk based on rumour. These rumours ranged from supporting Lapen's theory that Hintero had called a hit on his second-cousin, to the suggestion that Gloreon Skardel had poisoned his friend, all the way to the idea that Brasteon had gone into hiding to avoid the consequences of the argument with Hintero.

On the 5th anniversary of his disappearance, the Shonyul Guard declared Brasteon dead in absentia, and a memorial service was held in Dovaldun. Hintero did not attend, though Elion and Gloreon did. At this service, Lapen committed to continuing the hunt for justice.

Lapen Varmand was attacked by thieves while scouring Shonyul's eastern streets, and the injuries sustained forced him to retire from searching. Rumours swell that the thieves were sent by whoever had killed Brasteon, and that the attack was because Lapen was getting close to the truth. Amateur sleuths descend on Shonyul's east, with no results and many complaints from locals. The Shonyul Guard issues a statement requesting individuals not participate in vigilantism.

After Elion's reclusive son made his first proper appearance at a noble event, the 18th birthday celebration of Lady Stelia Flinarzon, attendees from the party noticed a certain... resemblance between the Baron and the young Lord. An anonymous noble sent a letter to Lapen Varmand describing the boy and encouraging him to look into the possibility that he was a bastard, and that it could be a motive for Hintero to have killed Brasteon. Lapen sends this letter to the Shonyul Guard, who made another visit to the Shonyul estate to question Hintero and Elion, who both denied that this was the case.

Lord Brandeon Wardis, Elion's potentially illegitimate son, vanishes. Interest in the Dovaldun case skyrockets when his portrait is published in Shonyul newspapers, with those who remember the Baron's portrait comparing the two men. The Shonyul Guard begins investigating, questioning Elion and Hintero as well as the young Lord's friend, Payima Skardel. Amateurs and would-be vigilantes begin searching as well, convinced the two incidents are connected. When it becomes public knowledge that the Guard had recently questioned Hintero about the legitimacy of his son, it seals the deal for many. Despite these strong feelings, no charges are laid.

The Shonyul Guard called off the active search, citing Brandeon's sheltered upbringing as a reason for believing that he is unlikely to be found alive. Lapen Varmand, who had arrived in the city a few days prior, accused the Guard of failing Elion for a second time, and set out to search himself. He had to be brought back to the Shonyul estate by a friend after he ended up without enough energy to walk.

When the renewed interest in the Dovaldun case failed to turn up any sign of Brasteon or Brandeon, the latter is declared deceased in absentia and a memorial is held. Many attendees criticised the Guard for their lacklustre efforts.

An anonymous tip led the Guard to a forested road leading east out of Shonyul. At the base of a tree, in a recently uncovered grave, lay a corpse. While it was impossible to know the cause of death beyond that it was not natural, the Guard determined it was Brasteon due to the items found with it. While most of his belongings were too degraded and damaged to be of use, all that was still in decent condition was given to Lapen Varmand. No evidence pointing to the identity of his killer is found. 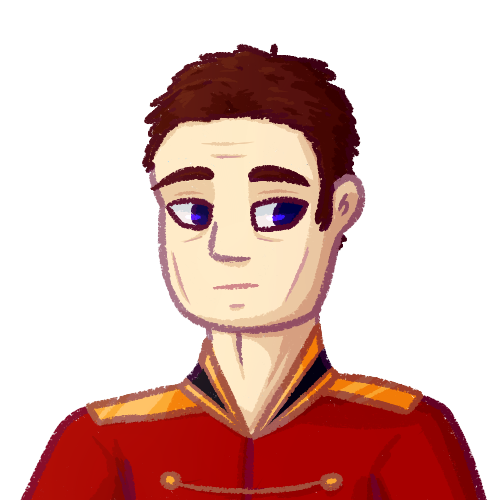 Many suspect Hintero of orchestrating Brasteon's death. Reasons cited include his deteriorating relationship with his second cousin over his recent marriage to Elion, their disagreement a day before Brasteon disappeared, and that Hintero's 6th child Brandeon may have been Brasteon's bastard son.   Hintero was cleared by the Shonyul Guard as having a strong alibi the night of the 35th, being at a meeting with the Emperor himself and being taken back to his house by him. 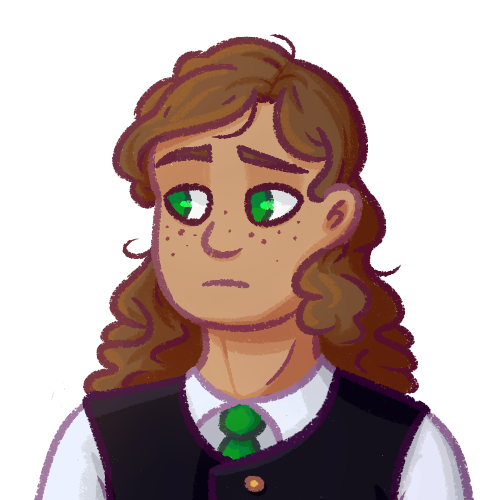 Fewer people suspect Gloreon, later Marquis Gloreon of Skardel, of the murder of his close friend. Some suggest that the lunch they had that afternoon was poisoned, meaning that Brasteon's decision to not stay for dinner with the Shonyul's was due to the growing effects of the poison. Gloreon's relationship with Brandeon Wardis, and potential involvement in that case, certainly raised eyebrows.   The poison theory has largely been discredited after the discovery of Brasteon's body, and that Gloreon had an alibi for that evening that would have prevented him from finding a dying Brasteon. 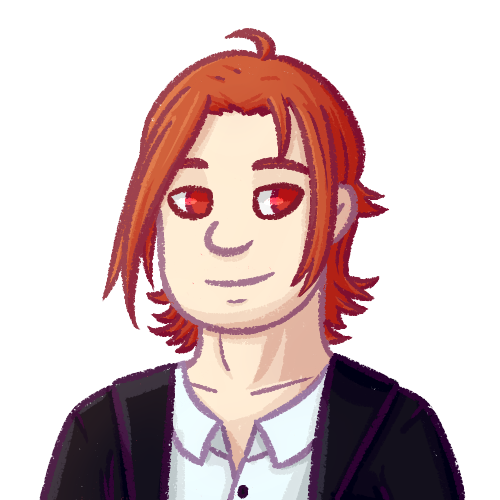 Some accused the baron himself of orchestrating his 'death', with his gifts to Gloreon and Elion being interpreted as 'farewell' presents. Proponents believed that he had decided to go into hiding abroad to escape possible consequences from the meeting on the 34th.   This theory, obviously, fell out of favour after the discovery of his corpse and the accompanying evidence of foul play. 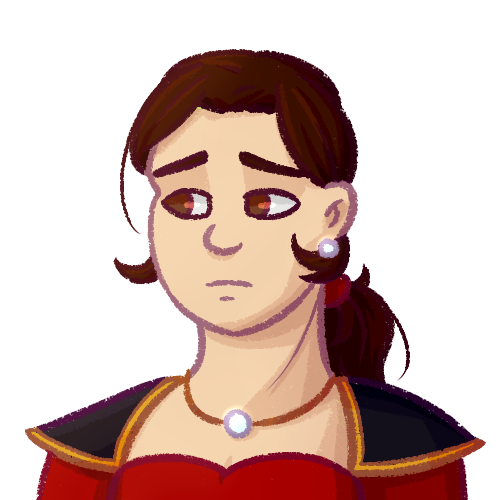 After Brandeon Wardis' similarities to Brasteon were revealed to the public, some turned to accusing Elion of having Brasteon murdered, in order to avoid the comparisons between him and her son which would ruin her reputation. She also had no strong alibi between Brasteon's departure to Hintero coming home. Brandeon's disappearance later that month has complicated this theory somewhat.

Paper textures by graphicsfuel.com
Starry background by Casey Horner
All images, unless otherwise stated, are made by Isaac Thompson
Cover image: Skull and Bones by Skitterphoto

This article was written for the Cold Case challenge!
Please Login in order to comment!

I like the timeline format you have here! That gives this the air of reading a news report, almost. Really feels like a whodunnit!

...who had a two weeks prior had a baby.

Caught a typo for you there!

He did not return at the Charging Dragon Inn that night.

You may want to swap "at" with "to" there.
Check out my worlds: Qet | APRA: Anomalous Parks & Recreation Areas | Heliox Stardust | Umqwam | My website 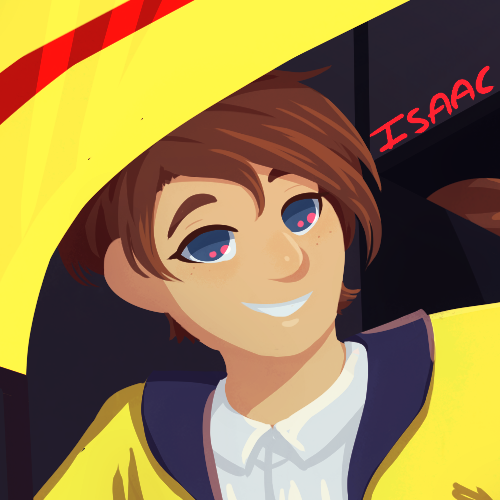 Aaa, thank you for catching those for me! I might need to do a second wording pass now that it's not 3am :P

You have clearly put much thought into this case, and your organization of the facts flows very well.   Your breakdown of the suspects, with portraits, is an especially nice touch.

Damn, this feels really dark and really well done! The day by day timeline of events here is masterfully laid out, I really enjoyed reading through it. I didn't expect a second person to go missing near the end!   Fantastic use of the sidebar as well. The art is excellent, and I love a good suspect breakdown. Great job here!