James Ballot is an old, wrinkly half-elf with small eyes and thinned-out white hair. His body isn't as strong and nimble as it used to be but his hands and eyes are still precise and swift while crafting ornaments out of wood.

James is the son of a smith but was orphaned at barely eleven years old due to an accidental fire in the shop. The pot in the hearth had fallen down and scattered the still smouldering coals on the carpet.
Unwilling to take care of the young boy who lost his parents his family members dumped him at monastery dedicated to the winter goddess, Cailleach. The people there taught him how to read, write, brew simple medicine and carpeting. As a result, James Balot dedicated all his time to the Cailleach, her temples and her worshippers. Eventually, he was promoted to be a priest at Cailleach's most important place of worship, the Snowflake cathedral.

James's main job is to be a priest at the Snowflake cathedral. But financial affairs are always difficult for such large organisations. To help out, James owns a small carpenters shop that runs fairly well. Although he's too old to do the heavy manual labour, he has two apprentices for that, he still personally takes care of the detailed crafting.

James Ballot has always had extremely bad luck. Breaking bones, getting robbed or attacked by wild beasts and simply losing things or having things fall apart was almost a common occurrence. But thanks to his sincerity and determination as well as his skilled craftmanship with wood the goddess of winter took a liking to this (at the time) small worshipper. As a result, she gave him several different blessings over the course of his life, each one being more powerful than the last.
He currently carries Cailleach's protection at the highest level and a much rarer blessing named Luck of the ice rabbit.

James Ballot believes in hard work and sincere intentions. To him, there is nothing more satisfying than achieving something with his own effort and he naturally believes it to be the same for others.

James Ballot mainly wishes to live a calm life and to repay the care of Cailleach and her followers that took care of him. 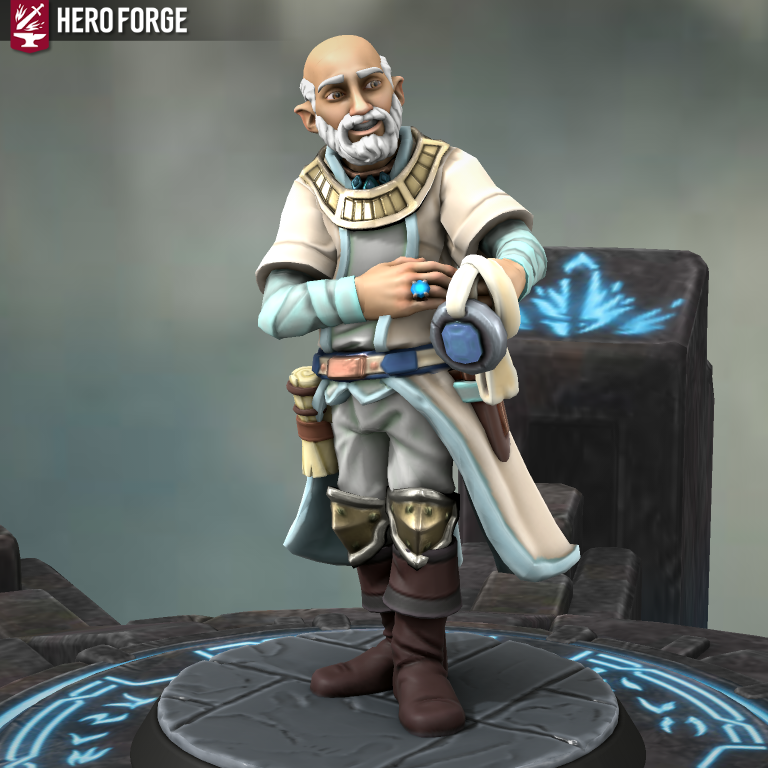 James is an honest but timid elderly man. He loves his work and truly worships the winter god but he really wishes his name hadn't been drawn with the lottery to decide who would be responsible for solving this mess.