Liara was a vampire hunter hired by the Mayor of Overdale, Zannon Carter, to hunt and kill a wanted vampire by the name of Thoril Songsteal. She was travelling with a group of Overdale guards when Thoril and the rest of the renegades ambushed them. Liara held her own against the outlaws but realized she was outnumbered. Acting fast, she escaped through a nearby river.
Show spoiler
Upon Mayor Carter’s request, she aided him and his companions during the meeting of Winterhaven to settle the dispute. Liara lived in Overdale for many years until things took a turn for the worst. Mayor Carter ordered the violent torture of all non-humans captured in Overdale. Both Trias Draverson, the Captain of the Guard in Overdale, and Liara were disgusted in Carter’s practices leaving them no choice but to make their departure from the city. Liara joined her lover, Trias and his companions to create a group called the White Ravens. She helped the group recruit more men and gather information on Overwatch’s Warforged army.   17 YEARS LATER   Liara is second in charge of the White Ravens alongside their leader, Briahna Ebelmare. She met the group of adventurers again after her scouts had been following them for two days. After they killed a few of her men she ambushed them and led them back to the White Ravens cave hideout. When the group was up to speed on what they had missed, Liara helped them figure out the mysteries of The Gate.   Before long, the White Ravens were called upon by the Elves of the Great Tree. They were planning an attack on the Warforged and need the help of the White Ravens. Liara fought in battle alongside the Elves and Ian Serverus’s son, Nathaniel. Together they defeated the Warforged attack and defended the Great Tree.   Liara fought beside Una and Fie against the Angel of Death so that Briahna could be resurrected after she was killed accidentally by Yenward.   She also fought with the allied army to siege Overwatch and helped to kill King Zannon Carter. When the leaders of the assembled armies took a vote for who would take control of the city, Liara was chosen. She did not want the position but as a human and generally neutral, she was the best choice.   The new queen, with Poe as her Captain of the Guard and adviser, did her best to return the city to normalcy and help with the integration of other races.   Arc 2
Liara is still Queen in Overwatch, now the name changed back to Overdale.

Liara definitely knows how to take care of herself just by looking at her physique. She has long flowing blonde hair with eyes that could pierce a man’s soul. Being an ex-vampire hunter means she is trained in many forms of combat with a range of weapons.   Liara is very valued member of the White Ravens for many reasons. Mainly because she brings a great presence of leadership among her men. She teaches them skills that make the White Raven soldiers some of the best combatants in the world.   Liara has a very flippant personality which comes with many advantages and disadvantages. It gives her men great discipline and patience when on the battlefield. But it can also be interpreted as disrespect to people that don’t know her. 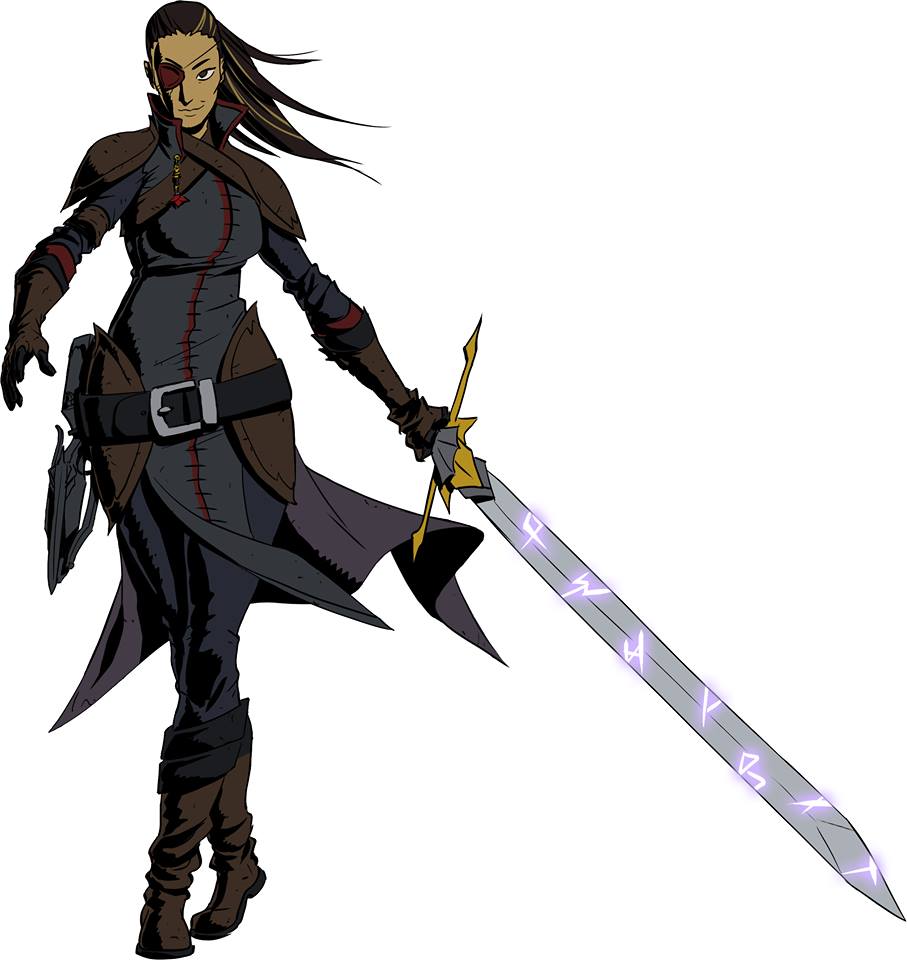