There are many things in the Underdark that dark elves call food that would make surface dwellers never want to eat again. For the adventurous eater, or those who have moved topside for some reason, there are a few 'delicacies' that have come with them.   The first, a hearty meal which seems more like a seafood dish or a classic stew. Large spiders are a staple of underground living, providing much needed vitamins and nutrients. This meal, likely adjusted for display purposes on the surface starts with one of these large spiders. With the legs curled into a circle and the thorax cleaned out, the body of the spider is something of a bowl to which a broth of mushrooms, fungus, milk and the edible meat is combined in. Once cooked, the legs can be broken off and the tender meat within dipped into the thick soup. A bread is normally served as a side to sop up as much of the juice as possible. Every bit of food energy is important when surviving underground.   For more of a snack sized food, smaller spiders are hand-dipped in a sweet breading and fried until crispy. Depending on the type of spider and how it is killed, it can either be cooked flat with the legs outstretched or with the legs curled up on top. These are typically called 'fryders' or in the latter case, 'curly fryders'. Again, a mushroom and fungus dipping sauce, albeit a sweeter variety is served on the side.   While creepy crawlies are a main source of food, underground lakes contain fish and snake-like animals. On occasion, a larger creature will wander too close to a living area only to be killed and sustain the inhabitants for several days.

You have the most random articles on this world. 'Dwarven Idioms'. 'Drow Cuisine'. I love it. Also, I'd love to try an order of curly fryders. The drow need to start a fast food chain. MAKE IT HAPPEN! 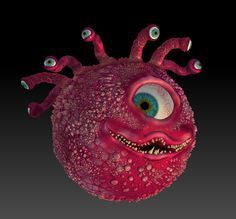 Why thank you! World building doesn't always need to be serious business but the little details make all the difference :)