Following Sariff's exit from the alley, the group returns to the mansion with Julie and Craig to catch him up on what has happened since the fight with Straad. After some discussion, Craig and Julie go back to the temple to recoup and the party begins to make themselves at home again. Jadzia and Una go for a walk and talk about Jadzia's desire to stop adventuring after they deal with Marrek's condition which Una takes surprisingly well. Upon returning, Vallus tells Una that he would like to marry Jadzia but wants it to be a surprise for her.

Over the course of the next week or so, everyone prepares for a large party they will be hosting at the house which is nothing more than a front for the wedding. Marrek shops and makes the house livable and also gets a commemorative tattoo. Calluna makes wreaths and flowery things and asks Vallus to stab her, just a little, which he does. Jadzia and Una shop for the ugliest dresses they can find and soon, the day of the party arrives.

Una escorts Jadzia out to the party where all in attendance wait, Marrek officiating and Vallus in a suit.

A wedding commences, Jadzia and Vallus say their vows and proclaim their love for each other and as Amarah takes flight in the background like the biggest dove ever released, everyone hears an enormous boom from outside of town. The group scrambles to action, grabbing weapons and rushing towards the noise in party attire. As they near the source of the sound, they see a group of adventurers, led by Briahna and Poe walking towards the city. 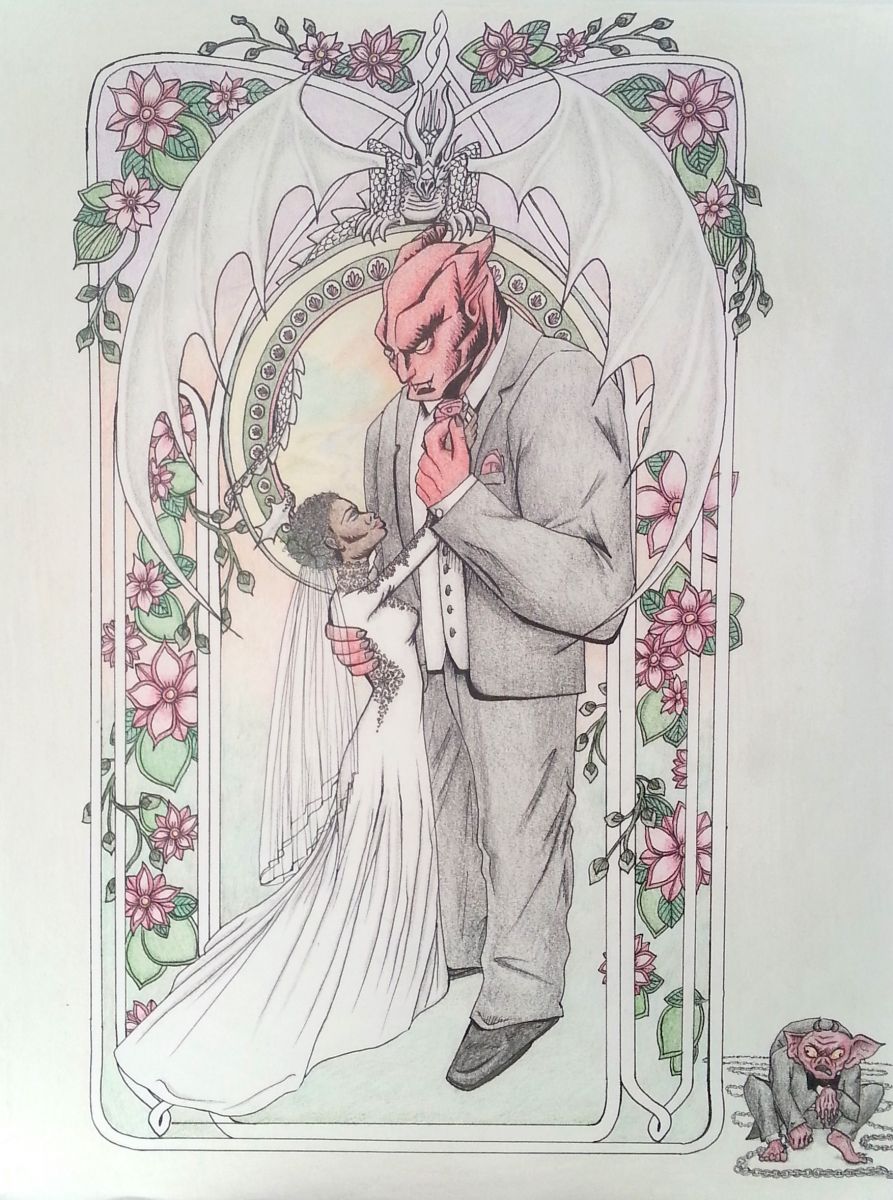