As the members of Group 1 wake up on the road near Donhurst they discover Drakonis is missing. In the confusion, most of the party fails to notice a small horse and rider trotting up the road. Duncan rejoins the party, and tells them that they are needed at Winterhaven and they decide the best route to get there.

Fie, Jadzia, Una and Brie leave the White Raven's cave and travel back to Cal Cas. Along the way they are met by a rider with a delivery from Artimus; their black dragon scale armor. When they get to the clearing at Cal Cas, they are approached by Ora Klad, the leader of the Drow who wish to join the fight and are told that Marcus was the one who destroyed the Drow children.

Meanwhile, Malchus, Thoril, Ironhide, Yenward and Duncan decide to skirt around Durnhollow and make their way to the Elven clearing as well and the 2 groups finally meet. Concerns about the trustworthiness of the recently defected arise and while Yenward learns the fate of the Yenward II, tempers flare as Briahna is told that Malchus killed Merle and Yenward confronts Graddik.

Briahna tells Malchus about her capture by the Overwatch and seems to side with Una when further objections about trust are raised and everyone is shocked when the truth about Rodswell's turn as a traitor to their cause.

Everyone agrees that they have bigger problems than each other and start their march to Winterhaven. Once they reach the city and see the armies that have been camped out, tempers flare and Thoril challenges Una to a fight. The duel does not go his way as Una unleashes powerful hits on him and he makes a critical decision that costs him the fight. They agree to have each others' backs in the coming battle and the large party moves for the front gate.

Ironhide finds an old friend, Titangrip and a group of Uman' Yiro Warforged have come to join the fight.

Once inside the gates of Winterhaven, the group splits into smaller units. Yenward, Duncan and Thoril go to a local tavern, Jadzia and Vallus join Fie in visiting the shop to get him a new arm and Malchus, Ironhide, Briahna and Una go to meet with Ian and the leaders of the armies to come up with a plan of action.

Before they enter the war room, Brie explains what happened between herself and Ian and why she hates him so much. For once, everyone agrees on the same course of action, kill Ian but Briahna tells them now is not the time and they enter as allies. Ian, ever the pompous man is holding court and will hear no plan that isn't just sitting behind their walls and Malchus walks out, followed by Ellanan Duskwalker. Duskwalker tells Malchus that the mages feel some responsibility for the Warforged and gives him a device, the 'Diara Si’eye' the name translating to "clean slate" which Malchus accepts and once everyone has tired of listening to Ian preach, they move to the gates to repel the Overwatch assault.

Thunder crashes as wave after wave of Overwatch Warforged advance on Winterhaven amid catapult fire and barrages of arrows while the armies clash violently. A new Warforged monstrosity appears and everyone throws everything they have at the Lord of the Forged while Malchus slowly backs away from the fight. As everyone is wearing down the behemoth, Malchus slips away from the fight, drops his tracking necklace and disappears into the crowded battlefield. As Vallus lands the final, critical blow on the Lord of the Forged, everyone takes a deep breath but soon, all of the Overwatch Warforged begin to scream and fall, rusting before the group's eyes. Ironhide collapses but does not die immediately.

Confusion overtakes the remaining combatants as the episode ends and the players have a short cool down session to end things. 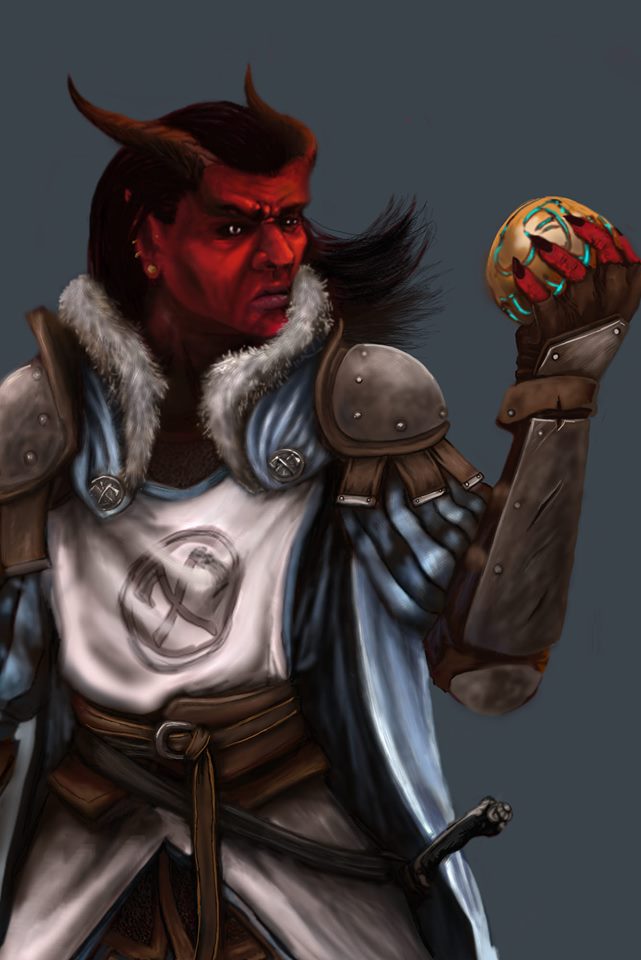