The great and famous Irly family is one of the most renowned families in all of the Wraith Globe. After the majestic Yaoyu Irly, which started the lrly legacy by attaining immortality, came many rulers of present-day Istren, Astren, Cygnar, and even Algos, including Kartus Irly (854 PG - 921 PG), Jarkal Irly (653 PG - 701 PG), and the great Tarkas Irly, current-day ruler over Algos (1338 PG - present). The domain and influence of the Irly family stretch across almost all of the Wraith Globe, excluding Khazan and Corevia. A member of the Irly Family, even if they are a second or third cousin from the main bloodline, can usually get a free meal and a nights stay from just about any tavern or bar. However, this kind of omnipotence, like Midas' touch, tends to corrode everything it comes in contact with. With so much power and dominion over such a large portion of The Wraith Globe, the Irly family could turn dark in a moment's notice and all the forces of The Wraith Globe combined could do nothing about it except watch in terror as the world they once knew was burned to the ground, only the family banner of Irly left standing erect in the wreckage.

Tarkas Irly likes to keep the family looking like "A peaceful pacifistic group", but his real motives are much darker. There is a rumor going around the Algorian underground that he is planning to unite the entire family of Irly and take over the entire Wraith Globe, making him become a totally omnipotent dictator over the world.

The Irly family has so many assets that they are almost impossible to count. The majority of these assets are the entirety of Algorian resources, military, and population.

The great and famous Irly Family has a rich and majestic history. Their fame and fortune started in the most unlikely place: The Phase Lands, the transitionary plane between The Waith Globe and the chaos of Gearva. When the split nation drifted into the phase lands in 350 PG, the nation was overwhelmed by strange aberrations and monstrosities, including strange, mutated beholders, Gibbering mouthers, and a large assortment of other strange and terrifying creatures. The peoples of the Split Nation were forced to fight for their lives, and soon a strange thing started to happen to some of the survivors. Some of the people of The Split Nation began to become immortal, the first of these legends being the majestic Yaoyu Irly (309 PG - present), a woman of great renown throughout Astren and Istren to this day. There started the legacy of the Irly family. Yaoyu now resides in Istren in a small humble abode. 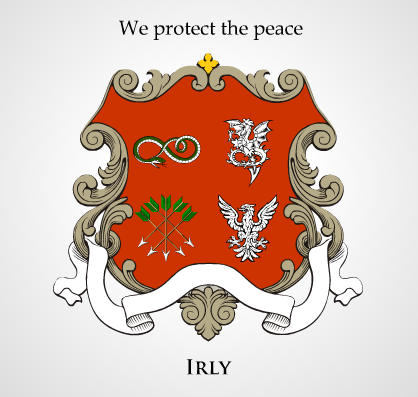 We will protect the peace!

Irly's Trek - The journey to immortality 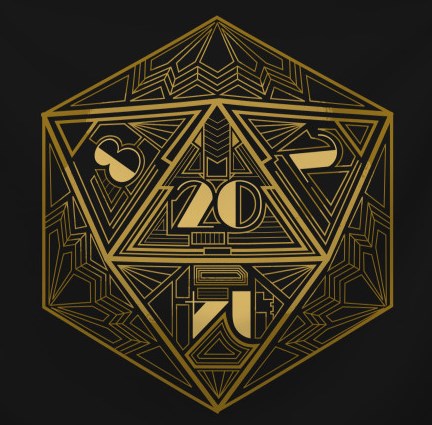 Thanks! It adds even more to the secretive and devious persona of the family doesn’t it?

Clever! The slogan reminds me of an organization's slogan in one of my words.

Thanks! I personally think it’s always a good idea to have a fake group of peacekeepers that secretly linger in the darkness of violence! It always makes for a good adventure plot.

Would you like to read about my fictional peace keeping organization? I posted an article about it on earth Vegas. (One of my words)

Nice article! Have you heard about tooltips? You can remove the parentheses with them. Kartus Irly