Fallon is a refugee that lived in the camp at Wakefield Science Center before the entire facility was overrun. Although she wasn't the easiest to get along with, many refugees looked up to her due to her unsympathetic pragmatism and she quickly found herself in a leadership position. She was one of the few refugees who was allowed to meet with the CDC on behalf of their camp.

While attempting to recover lost research from Wakefield during the events of WSC 2017 she, along with everyone else that remained after the evacuation, was infected when the camp became overrun by the undead. Her current whereabouts are unknown.

Born in Paola, Kansas, she grew up in an ordinary family and lived comfortably until the outbreak. The infection broke out and chaos spread. Several years after she and some other survivors managed to escape their city and stumbled upon Wakefield Science Center. WSC at the time was a high security research facility run by the government but due to the recent crisis they had begun accepting civilians/survivors into their newly formed refugee camp. Due to the nature of the facility the survivors were sequestered to a small section on the edge of camp. Eventually after gaining the trust and cooperation of research center officials, Fallon and other refugee leaders managed to persuade WSC to give the survivors a bigger area in which to settle in return for doing work around the facility. With more and more survivors filtering in from the outside world the small subset of humans living at WSC began to grow into a large refugee camp. Fallon eventually became a spokesperson and leader for the group that many survivors could rally behind. Wakefield Science Center and the refugees there eventually formed a tenuous bond while the researchers searched for a cure to the Virus. After some odd sightings, Fallon grew skeptical of WSC's research practices. She began keeping notes and surveying the facility and it's scientists.

Despite the rough conditions, she was still thankful for Wakefield Science Center. With that in mind she began to work more with the security team of WSC, developing her fighting skills and strategy to help employ and teach other refugee members to work alongside the WSC personnel to better secure the entire area and obtain needed supplies both for the refugees and the Science Center. 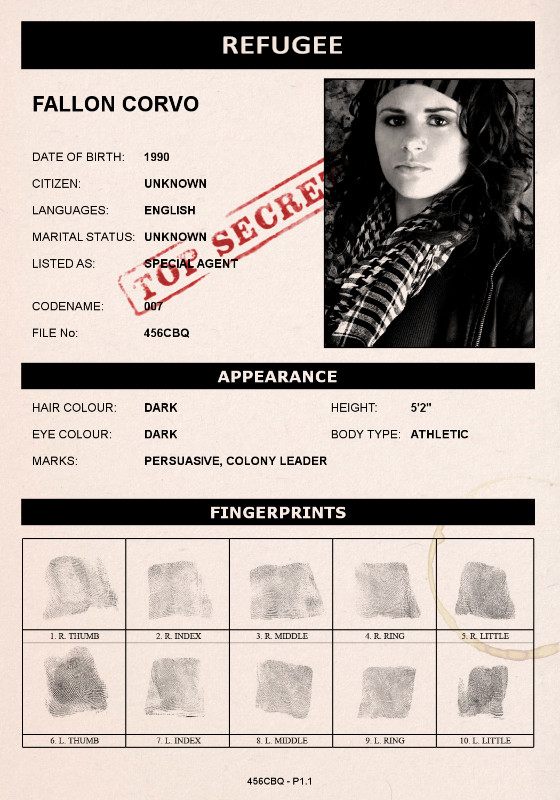