Long ago, in the Old World, there was a vast wasteland. One day, a tribe of humans accidentally entered this barren land and became lost. At the same time, from the other side of the wasteland, a tribe of orcs entered and also became lost. After weeks of roaming, starving and dehydrated, the two groups met near the center of the vast emptiness.   Instead of avoiding one another, or attacking each other with their remaining strength, these mortal enemies came together to share what little resources they had, in a final attempt at survival. A representative from the Humans and a representative of the Orcs met on the parched earth between the bands. A third person, a Half-Orc, met in the center as well to mediate, though it was unclear from which group they originated.   Though the groups shared what they had, neither had what was needed most: food and water. The land around them provided neither so their demise seemed certain. In their despair, the Human, the Orc, and the Half-Orc lamented that Nature would create such a desolate place, with no hope of survival. The two representatives so loved their people that they would’ve sacrificed anything, including their own lives, for some way that might save their collective tribes. Nature itself was listening on the wind and was moved by the sentient mortals’ plight. Perhaps this extreme wasteland had no place in the world. Perhaps these thinking mortals should not be so removed from Nature and have earned the right to some power of the magic of Nature itself.   Accepting the representative’s sacrifice, Nature turned them into two, massive, bountiful trees in the center of the vast wasteland. The trees intertwined and braided together as one. The Half-Orc, as witness and facilitator of the cooperation between these two enemy people, was given the power to influence and commune with Nature as no mortal had before… they were now the first Druid; the Archdruid.   The Arch Druid then used their new power to create an oasis around the trees, brimming with spring-fed freshwater pools, healthy game, and countless food-bearing plants. The Grove replenished and sustained the two groups until they were satiated and prepared to leave the wasteland. The two tribes left the Grove, taking with them the story of what they had witnessed.   Over the centuries, pilgrims, and those who sought to live in harmony with nature, came to the Grove and were taught its ways by the ancient Archdruid. The new Druids took their knowledge across the world and formed their own Circles and Groves. Nature, in its infinite experience and patience, was pleased that mortals were capable also of understanding and protecting the balance of Nature, no matter how harsh or beautiful. The pact between the mortal races and Nature itself grew and was maintained through the creation of the New Genesis. 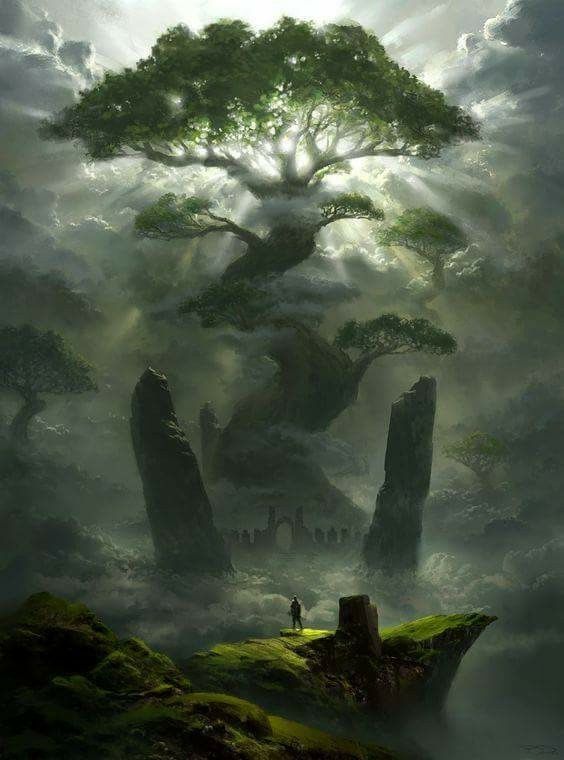 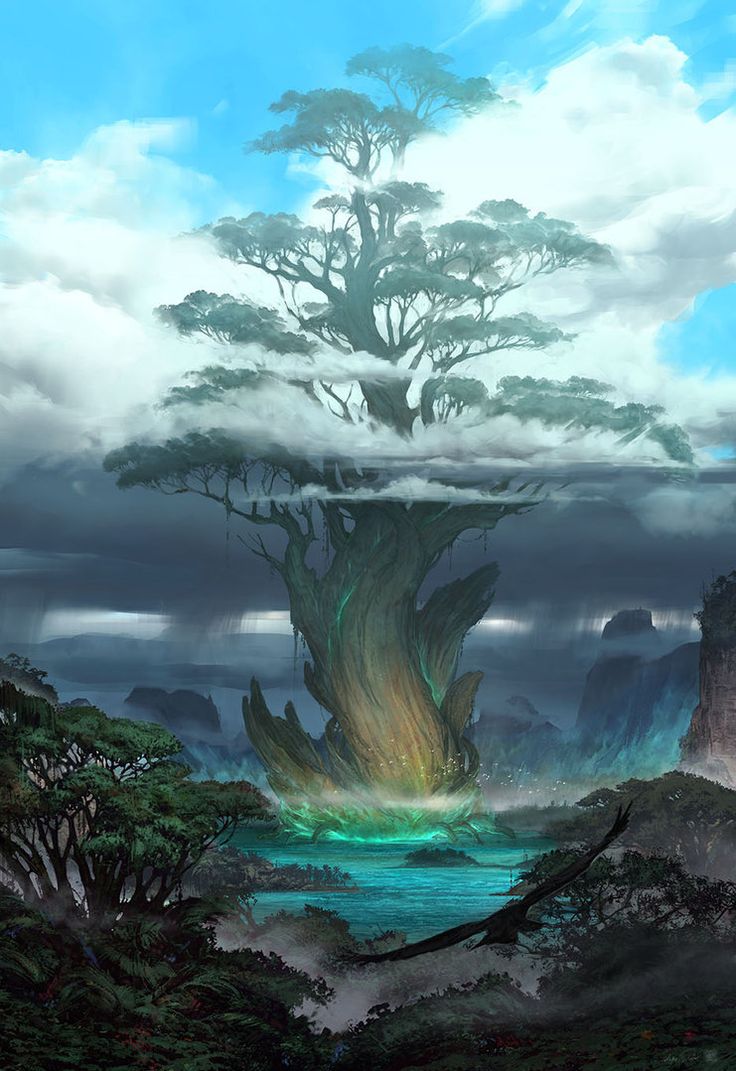