In New Genesis there is magic and there is technology. Without a doubt, magic is far more advanced and refined, at least for those who use it or benefit from its use. For those who do not, or cannot, wield arcane power, mastery of natural law can provide similar boons. Aragonians, who are famously non-magical, have instead explored the chemistry and physics of the mundane world, bending them to their will.   Steam power, gunpowder, metallurgy, and intricate gearworks have served the Aragonians for millennia, allowing them to not only survive their dangerous homeland, but build a powerful civilization. Unlike Humans, Aragonians lack a strong adventurous spirit and have relatively limited imaginations. Generations will pass and only minor refinements are made to their wondrous technologies. However, every few centuries, a genius is born, a visionary who propels the Aragonian people into whole new fields of technology and mechaniks.   Around 400 years ago, the albino 'Mobius' created a 'great leap forward' by inventing the integration of magical Onyx into mechaniks. Through force of will, cunning political maneuvering, and some 'cultural terrorism', Mobius defied the Technocracy, who was vehemently opposed any sort of magical influence on Aragonian society.   This symbiosis between mundane mechanical power and Onyx-infused magical energy is called Magitek.   Not only did Mobius introduce the use of Onyx as a power source to enhance steam-power, he also invented the process of creating Onyx dust, for use in magical traces and 'circuitry'. This intricate circuitry can be used to 'program' the magical energies that empower a device, weapon, or machine to simulate basic intelligence. This usually manifests as simple 'if this happens, then do this' commands, but with enough Onyx and a skilled enough Artificer, a life-like sentience can be created. 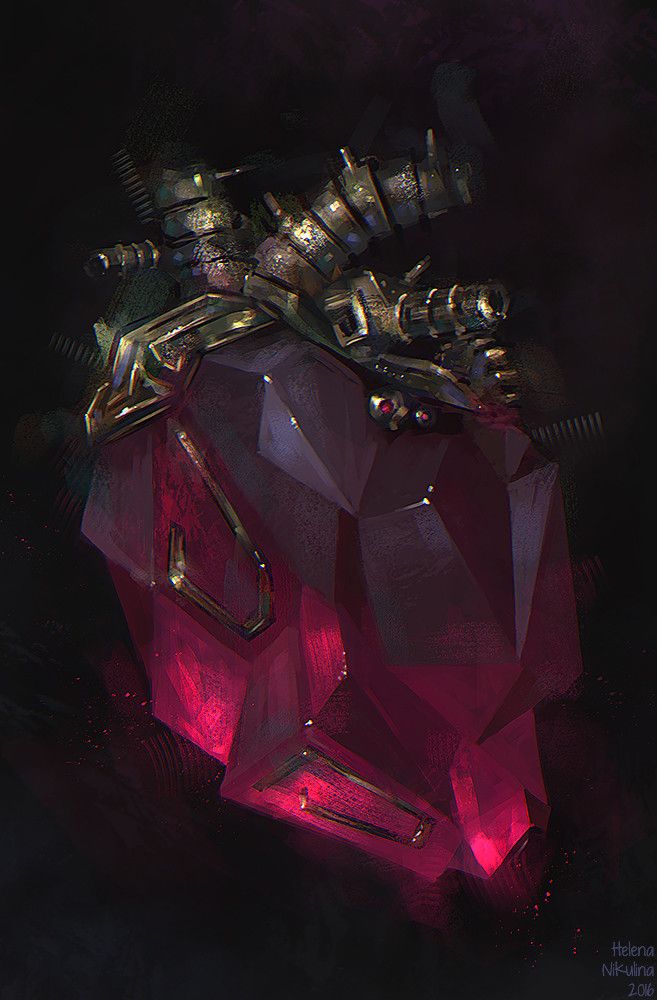 A Magitek pump siphoning magical power from a chunk of Onyx