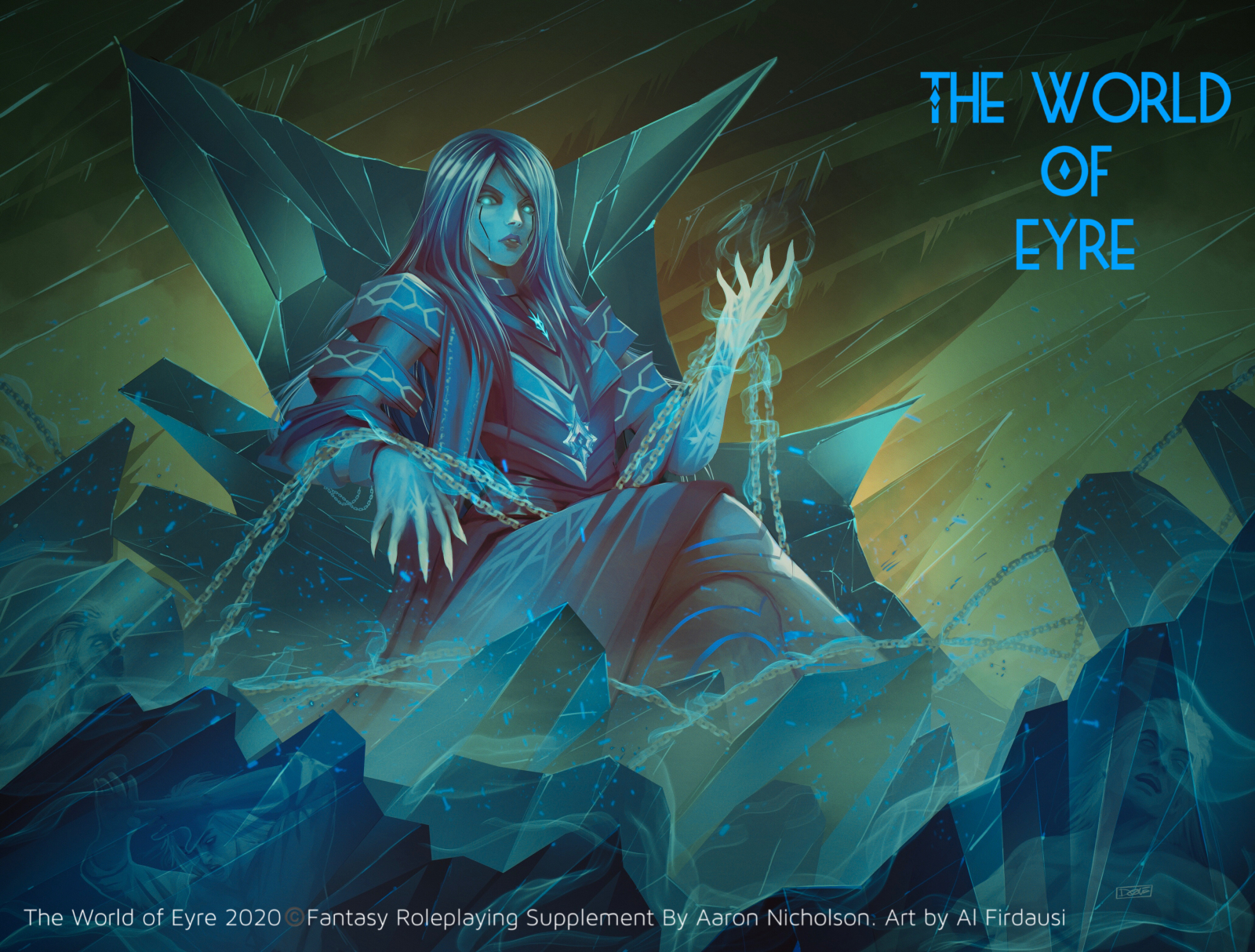 Neinni, The Lady of Ice

The Lady of Ice Neinni, The Third Chain of Yarenil

Neinni(Nay-Inni), the third chain of Yarenil and the mistress of winter, commands the powers of cold and rules the realm of Stokalag, a realm covered in a crippling permafrost. A desolate, frozen prison for souls that condemn the rites of marriage, Stokalag is a lonely cemetery filled with the icy graves of Neinni's victims. With no other souls lingering about her crystal palace within the plane, Neinni basks in her solitude. Neinni is special, for her lineage was not always godlike. Neinni was human once, a time that seemed eons ago.
She had lived a normal life in a mediocre family, and she had loved a normal man, for whom she would soon come to despise. It was this love that would devolve her humanity into sheer depravity. Her husband had broken his vow for another, and caused the distraught woman to go mad, blinded with rage, turning her once innocent heart cold and bitter. She begged the gods for vengeance against her lover, though she did not expect who would answer the call.
Urthugax, the Harbinger of the Void, had heard her pleas of anguish and sorrow, and visited the woman through visions of dreams. He offered Neinni power in exchange for servitude, a power she would soon use to turn her former husband and his new family that had replaced her to mere frozen statues, their faces of agony immortalized in the hoarfrost. After she had finished her deed, her sadness and rage never quelled, festering into a pure hatred that would consume her completely. She had sought to rid Eyre of the disgrace known as man, and as her hatred grew, her power had grown exponentially. During the War of Unification, she had slaughtered all men who stood in her path, leaving a trail of countless bodies, frozen in time.
There are tales of armies that had fought against Neinni, only to become a forest of glaciated soldiers, a macabre museum of ice and snow. Neinni had ascended to her place of godhood as the Lady of Ice. Now imprisoned in the bleak, frozen plane of Stokalag, she endorses her followers, the Cult of the Frozen Heart. As Her influence extends from Yarenil into Eyre, catastrophic blizzards are common during the winter months when her seals are weakest. Her cultists, women that seek out and murder those that commit adultery to please their goddess, so that her wintery wrath would subside for a peaceful season.

The Cult of the Frozen Heart

An exclusively female group of extremists that seek to rid the world of man's treachery. They reside within the frozen tundra of Knorre and accept patronage of damaged women seeking revenge on those who had wronged them. Their devotion to their patron grants them the ability to resist the extreme cold of the frozen north, turning their skin a frosted blue, with traces of frost covering their body. Imbued priestesses of this faith wields the wrath of winter itself, becoming a maelstrom of frigid fury. Solitude is comfort, only the way of the winter widow is the true way to never feel pain again.

A visage of crying eyes covered in frost.

1. Devote yourself to the cause
2. Cold will purify the injustice of men.
3. Find comfort in your solace, loneliness is a blessing, so that you may never hurt again.
4. All men lie, never trust the words of any man.
5. Find Solidarity in your sisters, for they have suffered the tyranny of men.

Frost Heart Festival - An awful holistic tradition of the Cult, seeking a male sacrifice to signify the start of the Winter Solstice.

A seething hatred sits within Neinni. The Lady of Ice would seek to remove all men from Eyre to quell her rage, anger and sadness. 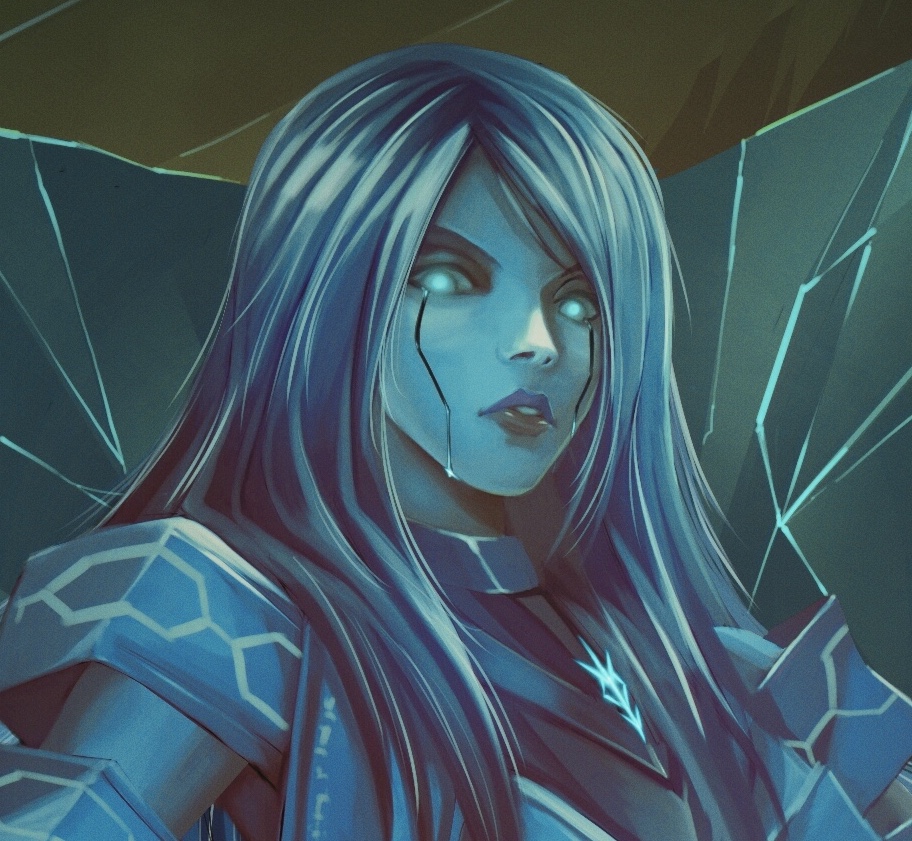 "...Forgiveness is for the weak. It is only an icy death that shall cleanse you of your sin..."
Divine Classification
Goddess of Scorn
Religions
Alignment
Neutral Evil
Species
Chain of Yarenil
Realm
Stokalag
Church/Cult
The Cult of the Frozen Heart
Honorary & Occupational Titles
The Lady of Ice, The Winter Widow, The Third Chain
Age
???
Children
Eyes
Radiant blue
Hair
Blue
Skin Tone/Pigmentation
pale blue
Height
???
Weight
???
Aligned Organization
The Chains of Yarenil

Remove these ads. Join the Worldbuilders Guild
The Chains of Yarenil