Stracaster is the capital and largest city in Espurg. The city stands on the eastern border of Espa, near the center of Ellilia. It has been a major settlement since the beginning of record-keeping. Founded by the native Espians it began as little more than huts near the Northern Run River, but developed as safety in numbers bought in more and more residents. Stracaster is known as Ellilia’s jewel. With its prominent university, it stands as one of the most influential cities in the entirety of Ellilia. It affects all the outlying villages by extending its trade to them, making the Greater Stracaster Disctrict a desirable area to live in. Many people and cultures move behind Stracaster's walls, with over seven unique races taking residence. It’s the most populous city in the entire world and accounts for 35% of the entire Ellilian population.   Points of interest within the city include its bustling market, a bounty office, an abandoned church, and many prominent taverns. There is also a flourishing residential district on the western side of town, sporting Ellilia’s only orphanage. The University of Stracaster is one of the oldest buildings in the entire city, and researchers believe the natives constructed it shortly after their initial settlement. For what purpose remains unknown. 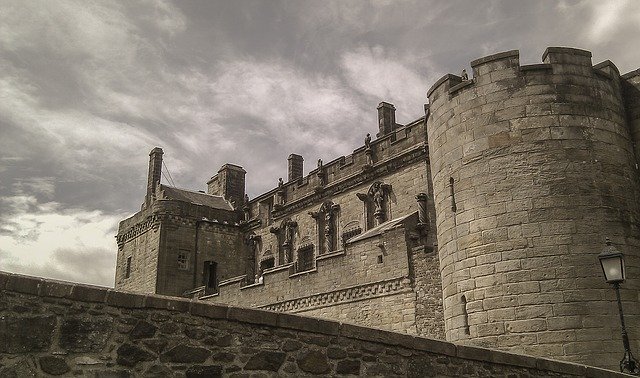 The name Stracaster is derived from the ancient warlocks, who founded the oldest building in the city as a university. Researchers believe it to be the incantation of an old spell. The effect of which is a closely guarded secret. As of today, nobody has successfully replicated the spell. To attempt it, is to break the law.

The native Espians founded Stracaster in a time before public records. Researchers know that its location was a tactical choice, as the Northern Run River provided an excellent source of clean water for early settlers. They assume that many trying to survive came together to work on building a safe community.

As time went on and Stracaster grew, it became known as the safest village in all of Espurg. Though it suffered from constant monster attacks, brave warriors of the village stood firm and always staved them off. Eventually, builders erected walls around the perimeter and a large portcullis at the entrance. The village showed its roots of becoming something more. This drew the attention of others. Both wanted, and unwanted.

In the year 98BA, a contingency of dwarves travelled south from the Jagged Rock Mountains, and into Stracaster. They convinced the leader of the village (Brel Glavuv), that they bore gifts of great worth, and implored him to allow a great wooden tiger through the gates. The tiger was filled with Dwarven footsoldiers, who killed Brel. The subterfuge was organised by Vordonlir the Brave, who rode in the tiger himself, and famously carried Brel's head through the village for all the residents to see. He declared himself as the new leadership in Stracaster and bought about what record-keepers refer to as the Dwarven Period. It is in this period that the tavern district of the city was opened.   Researchers mark this subterfuge as one of the best tactical decisions in history. But alas, Vordonlir left a loose-end in the form of Brel’s son, Gador. It's believed he hunted boar in the woods when the attack came. Upon learning of his father’s fall, Gador vowed revenge against Vordonlir and prayed to the Gods for their power to defeat the treachery. Thus begun the Great Dwarven War.

During the Great Dwarven War, Stracaster stood as Vordonlir’s stronghold.   He converted the university into his keep and constructed arrow towers around the portcullis, and outer bailey walls. All non-dwarf residents had to leave the city, or work in jobs that kept the footsoldier’s weapons sharp and moral high.   Stracaster underwent two sieges during the war. The first siege of Stracaster, 96BA, saw Gador’s men assaulting the city’s portcullis with battering rams and catapults. They weren’t aware, however, that Vordonlir had bought in new steel, mined from the Jagged Rock Mountains to the north. The city gate stood strong, and soon, Vordonlir’s men routed Gador’s attack force.   The second siege of Stracaster, 94BA, had Gador return, but this time with only a token force and no siege weapons. Relying on a stealth attack, Gador and his men crept into the university through the sewers beneath. This was the siege that ended Vordonlir’s and the Dwarven occupation of Stracaster. Gador’s men captured Vordonlir alive and sentenced him to death. 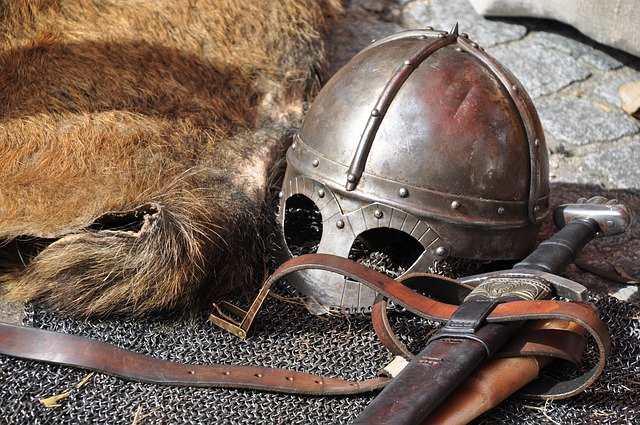 Dwarven Armor. Recovered present day by The University of Stracastor.

Researchers believe that it was in response to the war, that the people’s belief in the God’s cracked. In the years that followed, the once subjugated races rounded up the remaining dwarves and banished them from the city. It wasn’t until years later that the people allowed the dwarves descendants to return, however some residents still hold grudges against them today.   With the city in a period of recovery, a lot of the outlying villages had to fend for themselves against various monster attacks. The dwarves had long before closed Stracaster’s gates and disbanded any organisations that sought to defend the villages, citing, “the weak must learn to survive, else forever remain weak.”   It was in this period of uncertainty for the outlying villages that independent operators opened a bounty office within the city. Whilst city repairs occupied Gador and his troops, non-militarized individuals stepped up to trade their services for coin instead. The practice proved popular and still exists today. With the monster attacks dwindling outside, trade within the city reopened.   Eventually, Stracaster entered a period of prosperity like none other.

In year 90BA, Stracaster entered its Golden Age, which lasted until the God’s Abandonment. It was in this time that the city stood at its most tall and proud. The University of Stracaster finally reopened, helmed by Gador’s son, Wilfert, and started accepting students from all backgrounds. Research and spell crafting hit a peak Stracaster. had never been more safe.   It was 40 years into this period that the gates reopened to the Dwarves. Within their culture, the heirs and followers of Vordonlir were outcast. All that remained was a peace-loving species, who this time bought gifts to the city without it being a trap. In response to their riches - fine gold mined from their mountains - Wilfert I accepted Dwarves into the university and shared their knowledge among them.   Many believed this period of prosperity would never end. Many long for it back today.   However 90 years later, a time record-keepers now refer to as 00BA, disaster struck the city once more.

Information around the abandonment and the causes behind it are uncertain. For the residents of Stacaster, the day started as any other. However, in the mid-afternoon, the sky darkened and residents reported feeling a sense of unease. They described the occasion to be akin to time standing still. Only for an instant. Then, all races, all tradesmen, and creatures looked upward. A bright flash lit the sky, followed by silence. Then life went back to normal. However, somehow, the people knew the world had change. Every person interviewed by researchers reported an emptiness in their chest. Every person knew they’d lost something.   The Golden Age of Stracaster had ended.   In the years that followed, the world started crumbling. Those buried within Stracaster’s Holy Church no longer remained so. The city became plagued by walking corpses; turning those they felled into one of their own. All hope for Stracaster was lost.   Except for Ellilia’s Heroes. Records are once more unclear on the exact circumstances behind these four individuals, but it is said they banded together and stormed the city, clearing the grounds once more.   When residents slowly returned, they protested and saw that the church was closed down. Wilfert, now having lived for over a century, listened. With no heirs, he declared the Gods to be no more. For, not only did they not bear him a son, but they also denied those that had passed from returning to the ground.   It wasn’t long until he himself succumbed to age. Residents awoke to his corpse wandering the streets. Whilst his guards dispatched with much haste, Stracaster found itself with a ruler no longer.   With no religion, and no monarchy, the command of the city fell under the University - as it remains so today. Guards rounded up all those that were ill, preached religion, or deemed close to dying, and sent them to the East. To lands now known as The Ravage.   Stracaster survived, but it came out wearing scars.

In the 200 years that followed, leading to the present day - the new age referred to as AA (after abandonment) - Stracaster remains unchanged.   The university has elected a group of diplomatic leaders from their top students. They've put systems in place, so that all those falling ill can safely travel east, to small villages close to The Ravage. Despite the danger of The Ravage, it is said these villages are peaceful.   The church in the city remains abandoned, and those who practice religion are outcast and banished. Once more, the guilds are in full swing, in coalition with the bounty office, and the outlying villages are safe.   Whilst the city hasn’t quite reached the same prosperity as its Golden Age; life is back to normal. Albeit, more strict than long before. 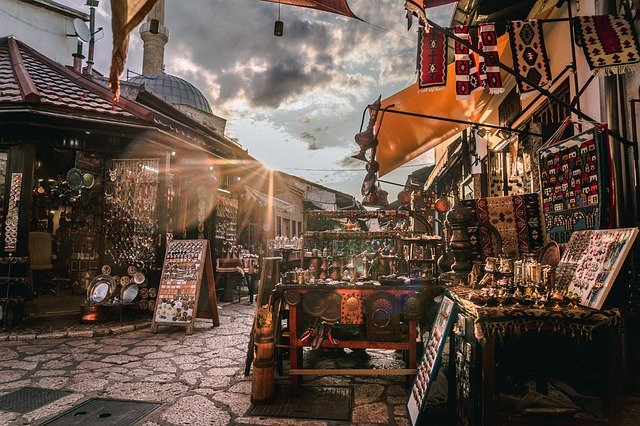 Stracaster’s administration comes from its university. Students elect their top from each class as representatives, and together, the elected make all decisions for the city and realm. This is an effective method, though for those who aren’t ready for it, it can ardous. The administrators sit in The Debating Room, within the university, when a topic arises and stay there until they unanimously decide on a course of action. No matter how long that may take.